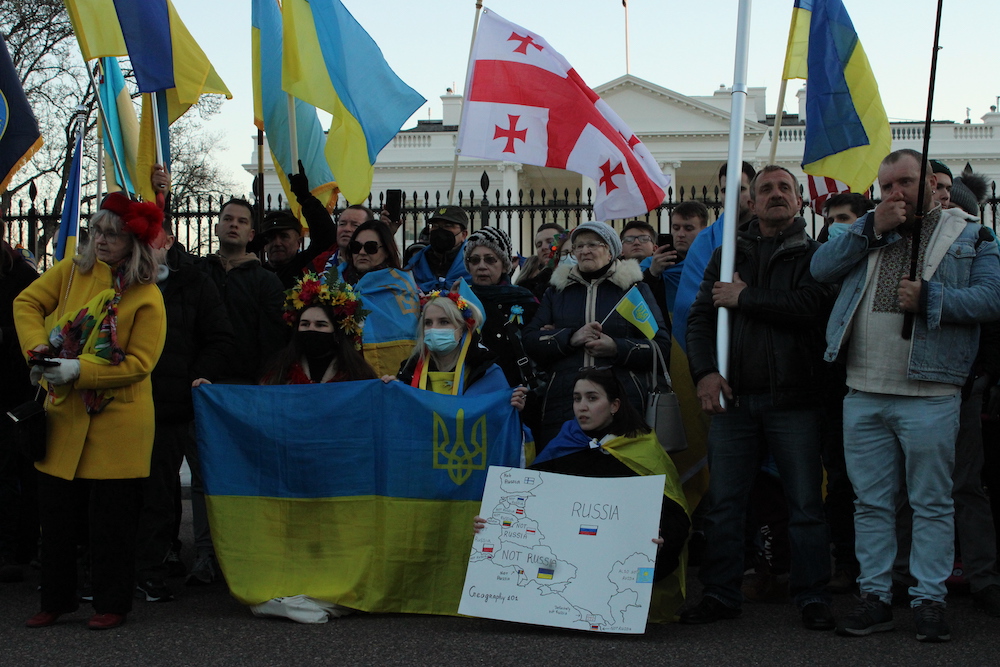 Protesters in support of Ukrainian sovereignty stand outside the White House on Sunday. The march, organized by Ukrainian activists from across the U.S., comes as Russia begins its invasion of Ukraine. (Diego Ramos Bechara/Medill News Service)

WASHINGTON – Just before Russian president Putin’s invasion of Ukraine, thousands protested in support of the country’s territorial integrity at the Lincoln Memorial on Sunday.

The event began with a commemoration service to honor the 14,000 who have died since Russia annexed the Crimean Peninsula in 2014. Activists then turned to Russia’s impending invasion.

Ukrainians and allies were joined by American members of the Belarusian, Georgian, Kazakh and Baltic communities — all former Soviet republics. Today the Russian military occupies 20% of Georgian territory.

Guest speakers, including the president of United Help Ukraine and D.C.-based Ukrainian activist Yaroslav Hetman, called on the Biden administration to sanction Russia and continue to send weapons.

On Thursday, President Putin announced he’d authorized a “special military operation” in Ukraine. Since then, Russia has begun launching attacks throughout the country.

Manifestations will continue throughout the weekend, with another one taking place Thursday afternoon at the White House to protest against the invasion. 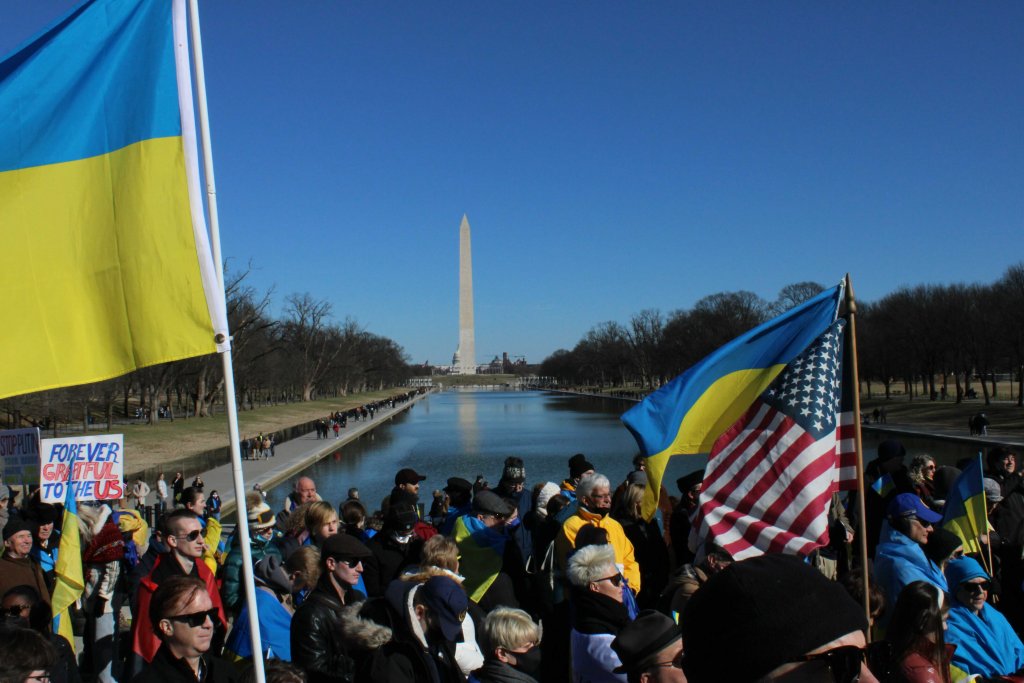 Protesters first gathered at the Lincoln Memorial, holding Ukrainian and American flags as well as signs, including “Forever Grateful To The U.S.,” to emphasize the importance of U.S. support in the fight against a Russian invasion. (Diego Ramos Bechara/Medill News Service) 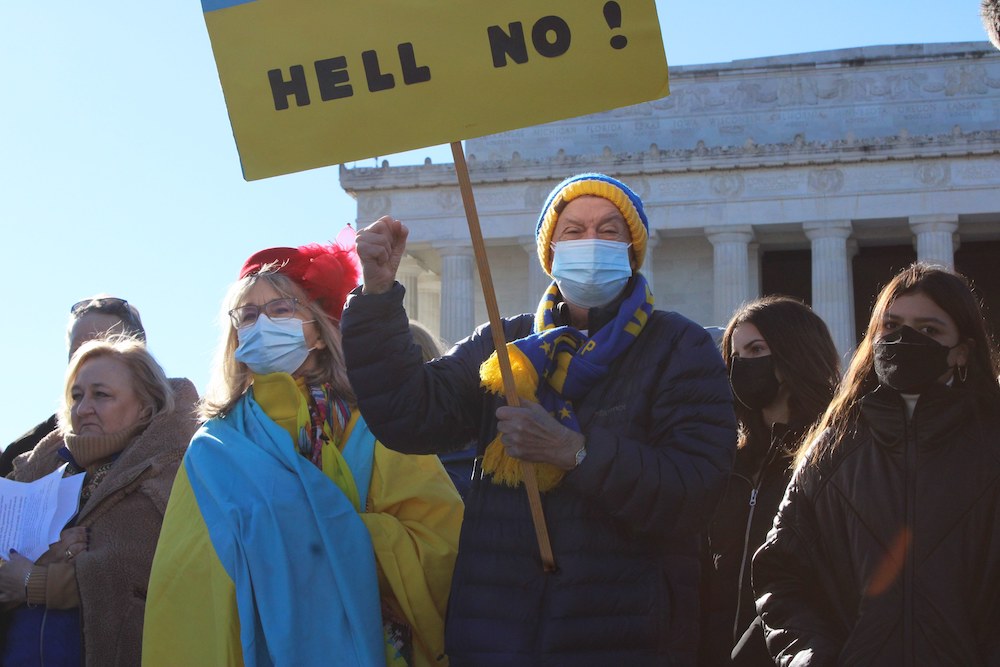 A group of protesters stand in front of the Lincoln Memorial to listen to the event’s speeches by Ukrainian advocates. One of them holds a sign saying “Hell No!” referencing a potential Russian invasion of Ukraine. (Diego Ramos Bechara/Medill News Service) 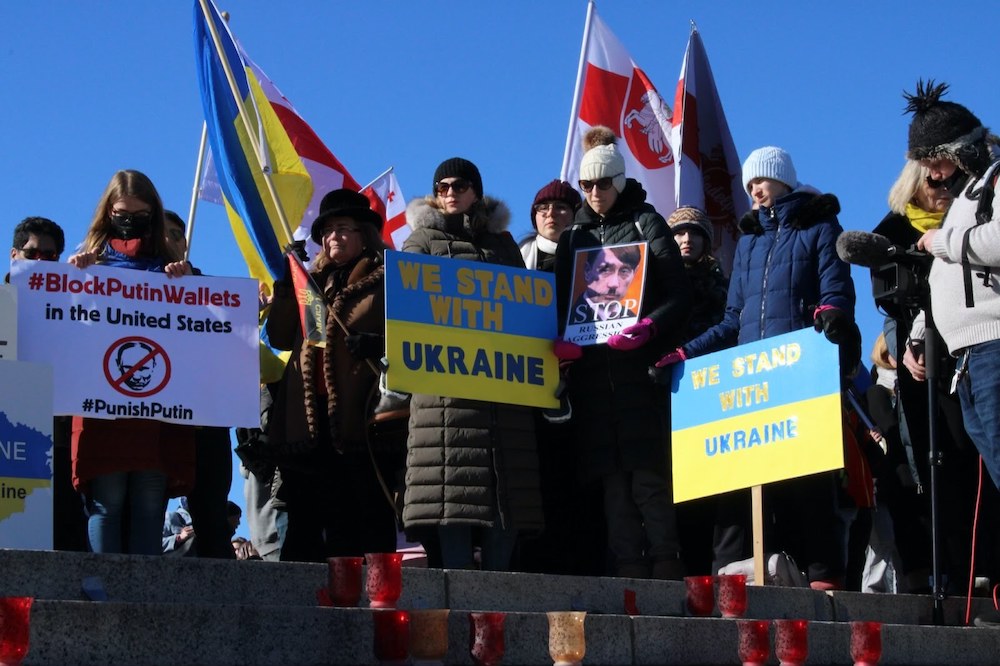 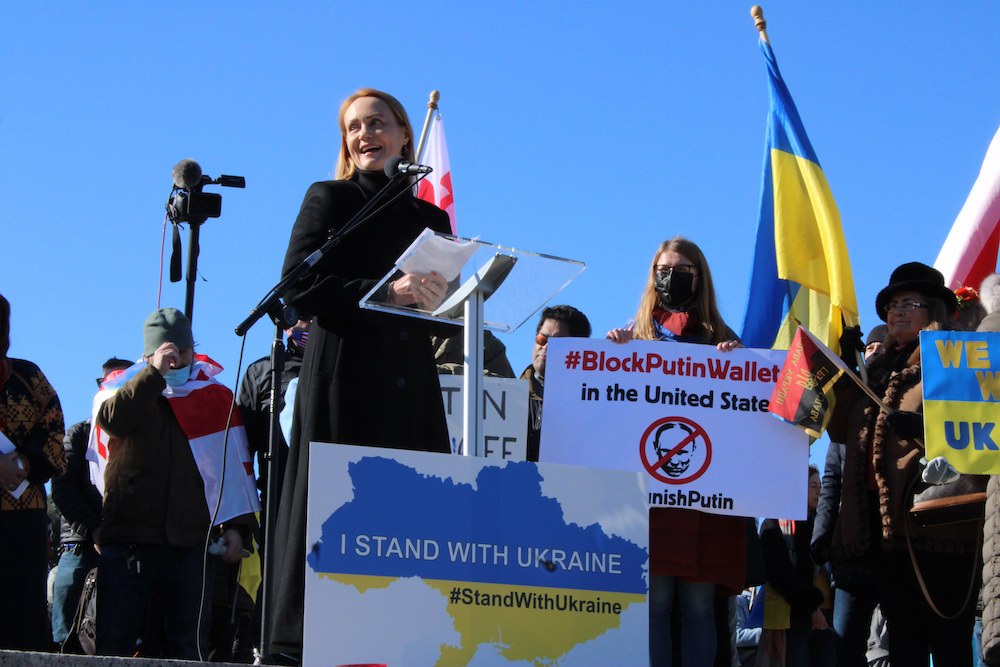 Nadiya Shaporynska, president of U.S. Ukrainian Activists, speaks to the crowd. Her speech was among many given by advocates emphasizing Ukrainian sovereignty and cultural strength. (Jorja Siemons/Medill News Service) 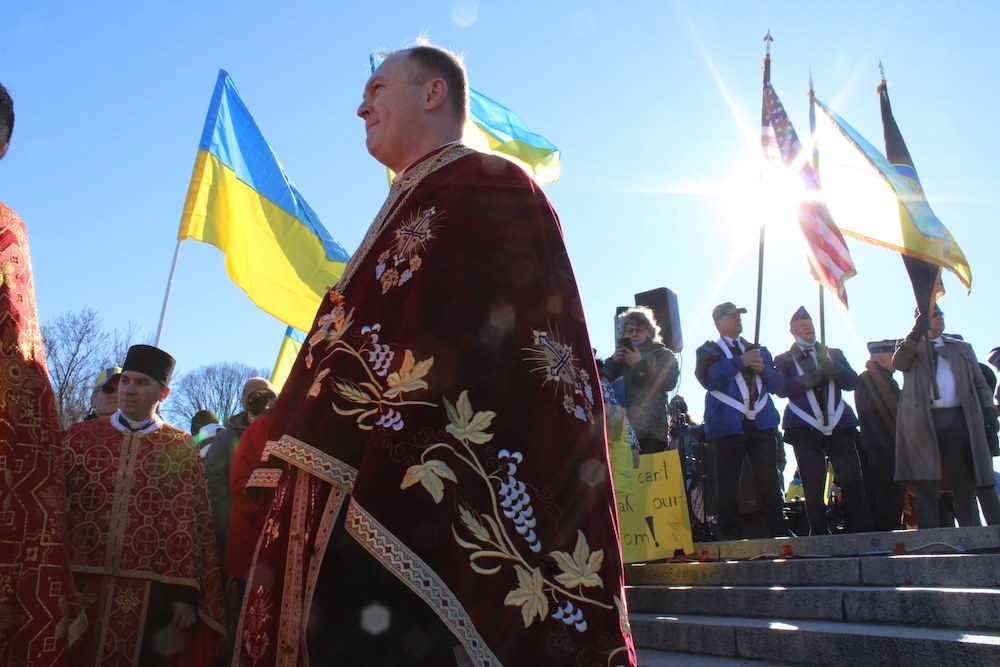 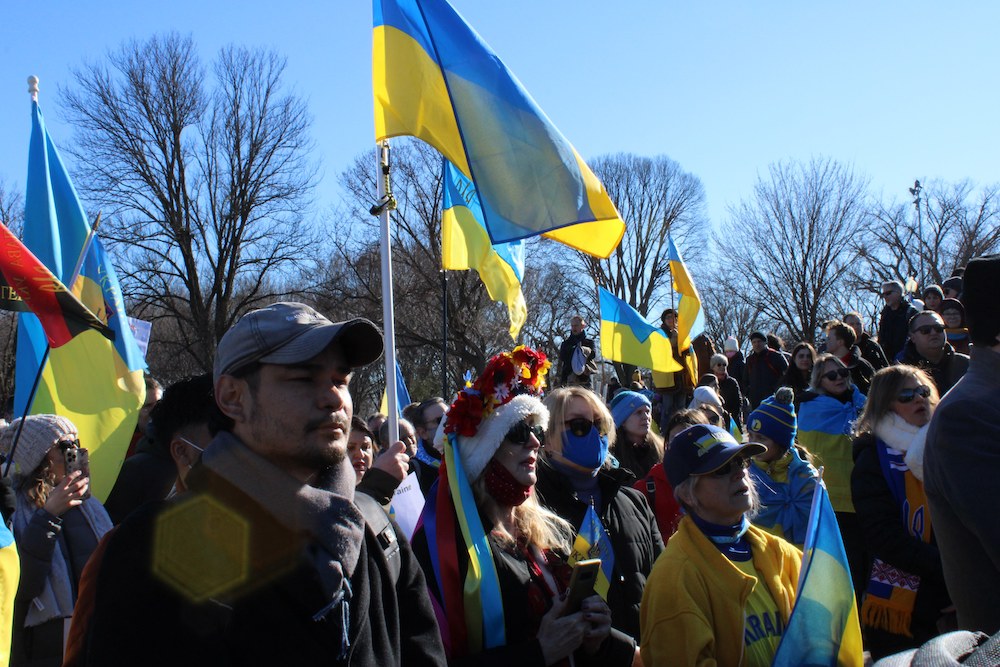 Protesters prepare to march to the White House to call on the Biden administration to impose sanctions on Russia and aid Ukraine. A woman wears a Ukrainian vinok, or flower crown, which is a traditional symbol of struggle, strength and determination, according to the Ukrainian National Museum. (Diego Ramos Bechara/Medill News Service) 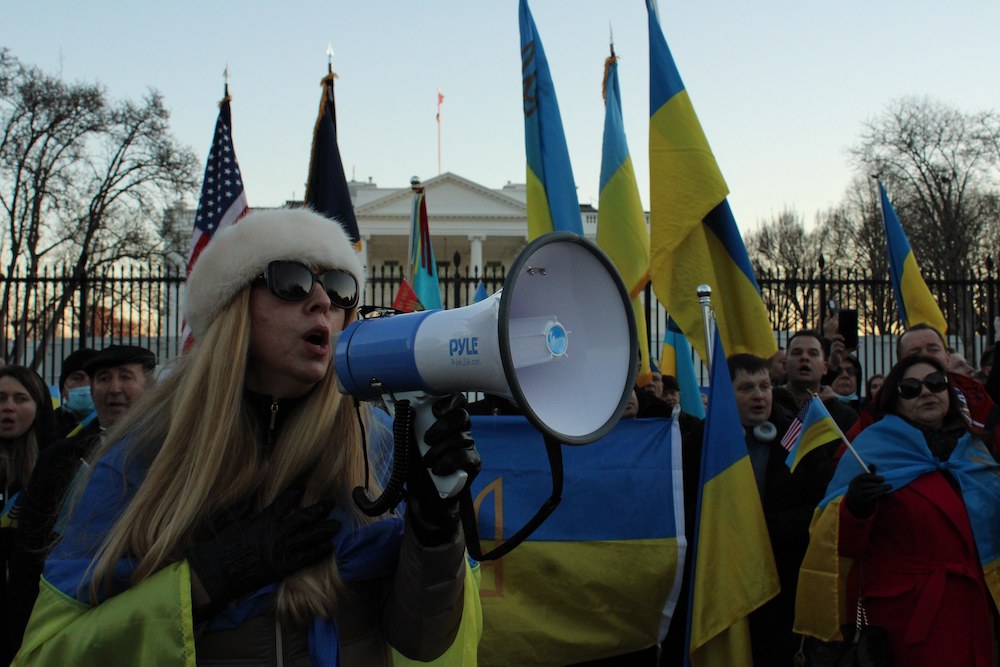 Ilona Doerfler speaks into a megaphone to the crowd of protesters in front of the White House. The march culminated in protesters facing spectators and press representatives showing their signs and flags supporting Ukrainian sovereignty. (Diego Ramos Bechara/Medill News Service)