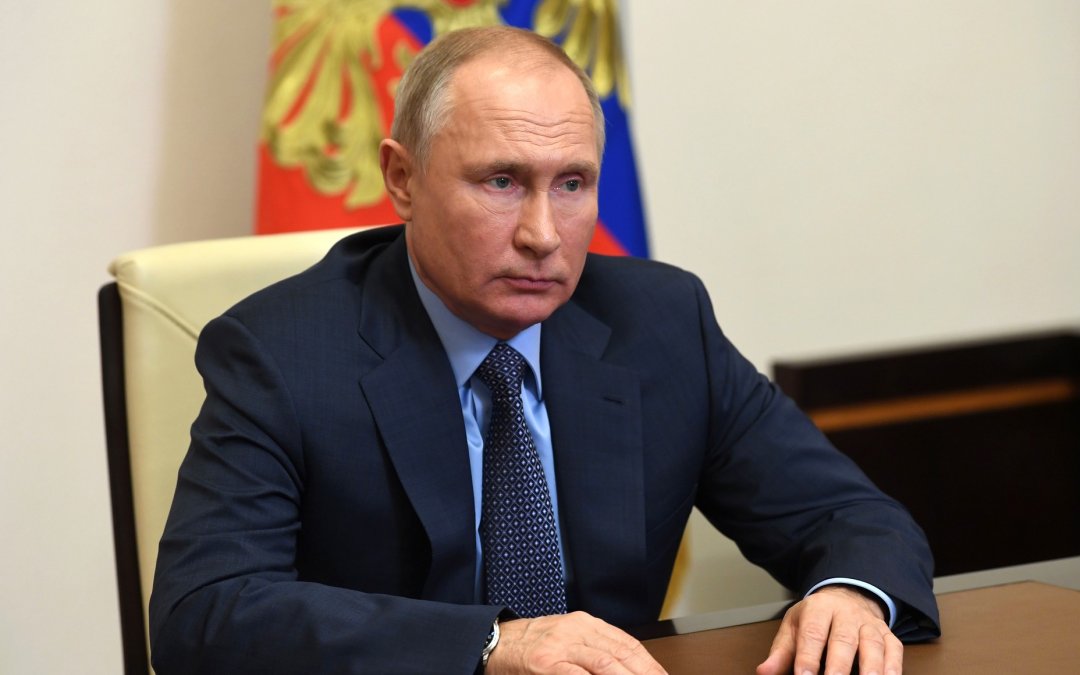 WASHINGTON — Reverting to offensive policies — like direct economic sanctions on Vladimir Putin’s “cronies,” supporting investigative journalism and civil society actors — were some of the ways in which experts suggested lawmakers deter future Russian aggression in Eastern Europe during a Tuesday House hearing.

“I think we could be a lot more proactive in terms of using sanctions to go on the offensive,” said Andrea Kendall-Taylor, director of Transatlantic Security Program at the Center for a New American Security, when talking about implementing economic sanctions against Putin allies and family members. “A Cold War mentality where we need persistent pressure across all domains of our relationship with Russia in order to disrupt the Kremlin’s destabilizing actions … is the mindset we need to return to.”

The comments came amid heightened tension between Washington and Moscow, which has more troops on Ukraine’s border than at any time since 2014, and after President Biden’s address to the nation.

During Tuesday’s hearing before the House Oversight subcommittee, Rep. Kweisi Mfume (D-Md.) expressed concern about Congress’ lack of unity when dealing with the Russian crisis and its impact on Americans who saw the government divided ahead of a potential international conflict.

“We should find a way to ask the tough questions without creating a circular firing squad, and to just whatever extent we can resist the urge to point fingers on both sides of the aisle,” he said. “When I got to the Congress for the first time in the 1980s, there was an unspoken rule that all politics stopped at the water’s edge, that there had to be some sense of unity among ourselves, otherwise, people would not assume that we were a unified nation.”

“It is hard to watch and all my European friends shake their heads when they talk about January 6, they can’t believe what they see and hear,” he said while not directly referencing any politicians, but highlighting a recurring theme of the hearing. “It undermines our desire to project American power when we look so divided.”

While Democrats on the committee peppered experts about ways to mitigate the crisis, Republicans continually criticized the Biden administration’s “mishandling” of the situation.

“The Biden administration has been once trying to defuse the situation with little or no success because the president and Secretary [of State Antony] Blinken are doing so from a position of weakness,” ranking member Glenn Grothman (R-Wis.) said during his opening remarks.

Former Acting Director of National Intelligence Richard Grenell — a Trump loyalist who served as his head of intelligence — channeled most Republican criticism through his own statements.

“From 2016 to 2020, when Donald Trump was president, we did not see President Putin or Russia go on this type of offense,” he said. To which Rep. Bob Gibbs (R-Ohio) added: “That’s the point I want to make, thank you for concurring with that because I think sanctions do work and strength does work …. So that’s what I’m saying, this administration looks very weak right now.”

“What we’re seeing unfold in Eastern Europe and Ukraine is a direct result of the Biden administration’s foreign policy,” he said. “Regarding the administration, [Biden] owns the turmoil we’re witnessing worldwide, weak leadership out of the White House, has emboldened America’s adversaries; when the American president presents himself as soft and unstable the whole world suffers.”

A point Grenell underscored during his response to Higgins.

“I just want to reiterate your point about weakness inviting aggression because this is exactly what we’re seeing, but with Putin from 2016 to 2020, we did not see this aggression,” Grenell said. “The last time we saw this aggression was in Crimea when Joe Biden was the vice president.”

Though Democrats both criticized the Trump administration and stressed their support for the Biden administration, their main concern was the crisis at hand.

They asked about the risks of putting a fixed price on the consequences of Putin’s actions, the best way to deal with the potential influx of refugees and assessing the severity of Putin’s influence in Latin America — and how his propaganda may influence Hispanics who may not be able to discern between what is fact and fabrication.

They also asked the experts about expanding NATO, Putin’s long-term goals, motivations, and the threat of genocide against ethnic Russians as a pretext for war and the military’s preparedness with regards to their troop placement in Poland and Romania — questioning the fruits of permanent military basing in the region.

Republicans, however, focused their questioning on what the Biden administration did wrong, focusing specifically on the removal of the Nord Stream 2 pipeline sanctions.

You want to comment on that or your opinion as to why President Biden would drop the sanctions and the effect of it?” Grothman asked Grenell.

“The main reason is that the Germans were against it, and Joe Biden and the Biden administration have decided that we have to act in concert with the Europeans on this,” he said, after which he shared his opinion on the merits of transatlantic alliances. “I would argue that we don’t share the same threat assessment that Berlin and Paris and Brussels do. I’m all for a transatlantic alliance, as long as it’s Western facing, there’s no reason to just be in an alliance that ignores the West.”

The Biden administration waived sanctions on the operator of the Russia-to-Germany pipeline in an effort to reinforce the U.S. relationship with Germany, which became strained under the Trump administration. The White House and State Department have made clear that if Russia invades, the sanctions will resume.

“We are our strongest when we are together and we need to get to that place,” he said. “I know we’ve got some distance to cover, that [January 6] was a dark day.”