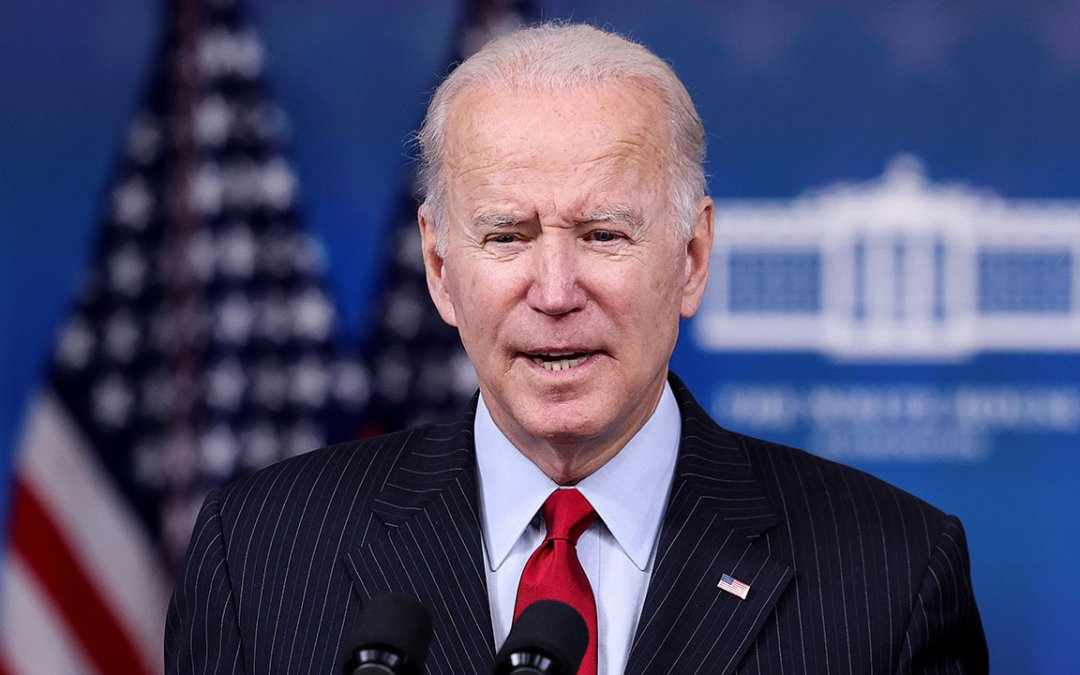 President Biden addresses Russia and Ukraine during a short session at the White House. (Evelyn Hockstein/REUTERS)

“We are taking active steps to alleviate the pressure on our own energy markets and offset rising prices,” he said during remarks from the White House on Tuesday. “We’re prepared to employ all the tools and authority at our disposal to provide relief at the gas pump.”

Biden, who spoke from the East Room for roughly 10 minutes, also repeated calls for all Americans to leave Ukraine.

Biden said the world would condemn Russia if it attempted to invade, and assured that the U.S. is prepared to impose economic sanctions and restrictions against Russia if they proceed.

“If Russia attacks Ukraine it will be met with overwhelming international condemnation; the world will not forget that Russia chose needless death,” he said. “{NATO} will put intense pressure on their largest and most significant financial institutions and key industries that will undermine Russia’s ability to compete economically and strategically.”

Biden’s remarks come days after the U.S. reached a deal with Poland to open its borders to U.S. citizens leaving Ukraine and after the State Department announced it would relocate its remaining embassy staff from the capital of Kyiv to the western part of the country amid fears of invasion.

Diplomatic talks continued over the weekend with Biden speaking to both Russian President Vladimir Putin and Ukrainian President Volodymyr Zelensky.

On Tuesday morning, Putin said Moscow had withdrawn troops from the region, but some U.S. and European officials said they had seen no evidence of a significant drawdown of forces.

“We have not yet verified the Russian military units are returning to their home bases,” he said. “Indeed, our analysts indicate that they remain very much in a threatening position.”

In the meantime, diplomatic overtures continued.

The president also reaffirmed calls for a last-minute diplomatic solution.

“We are ready to be engaged in diplomacy with Russia, and our allies and partners to improve stability and security in Europe as a whole,” said Biden, who spoke earlier in the day with French President Emmanuel Macron. “We should give diplomacy every chance to succeed, and I believe there are real ways to address our respective security concerns.”