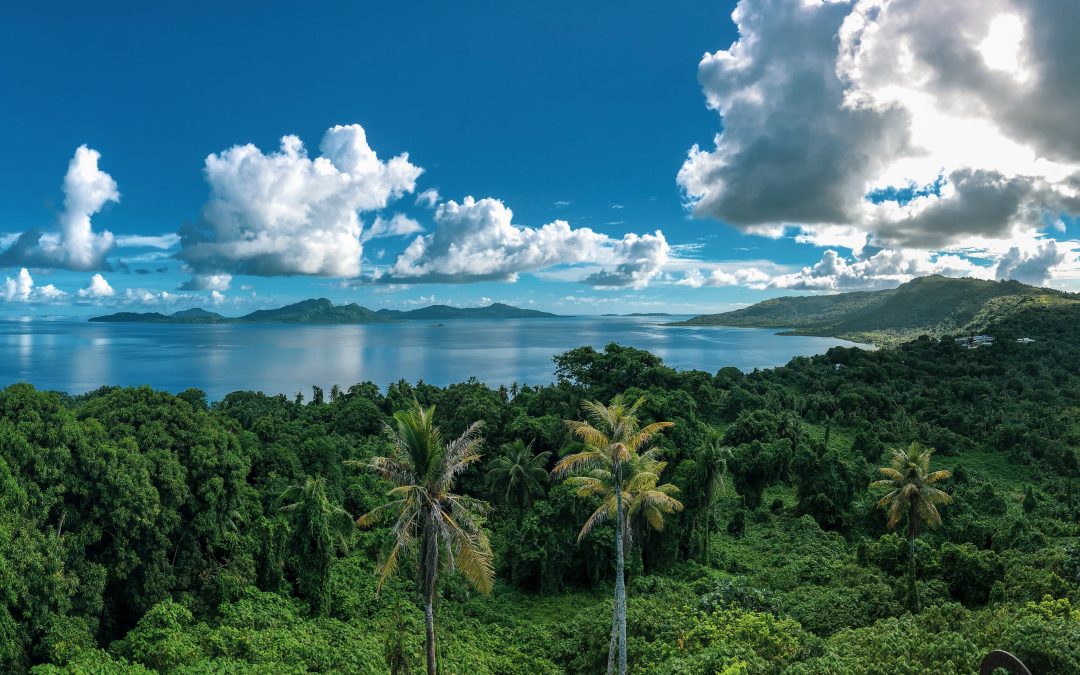 The landscape of Weno Island in the Federated States of Micronesia. (Courtesy Marek Okon via Unsplash)

WASHINGTON – The Biden administration should open new embassies and increase its diplomatic force in Pacific island nations if it hopes to counteract a rising China, foreign policy and diplomatic experts told a House Foreign Affairs subcommittee on Wednesday.

Leveraging unique advantages that only the U.S. holds – like close personal and historical ties, military cooperation and long-standing soft power programs – should be a core priority of the Biden administration’s Indo-Pacific Strategy, they said.

The Pacific is shaping up to be a main diplomatic battleground between the United States and China as Beijing hopes to expand its sphere of influence and project military power, which Cleo Paskal of the Foundation for Defense of Democracies said is spearheaded by a navy that China hopes will challenge America’s essential hegemony of the seas.

“The problem for China is that to use its navy, it needs access out of its ports and into the Pacific – but there are several island chains that can be used to block its access,” said Cleo Paskal of the Foundation for Defense of Democracies.

The U.S. has historically maintained strong ties in the Pacific.

“Pacific island nations are our friends, partners and neighbors,” said Judith Cefkin, former ambassador to Fiji and neighboring Pacific nations. Hawaii is a part of the region, as are the U.S. territories of the Northern Marianna Islands, American Samoa and Guam. The U.S. also administers many of the government functions of the freely associated states of Micronesia, the Marshall Islands and Palau. Deep historical ties – rooted in large parts in shared World War II experiences – connect America to the rest of the region.

Yet China has made significant inroads. Both Kiribati – a significant Pacific player – and the Solomon Islands cut ties with Taipei and instead recognized Beijing as the one true China in 2019. “I think the U.S. was taken by surprise by how far down the road the Solomon Islands was,” said Paskal. It had offered the U.S. military basing rights just a few years prior, she said, but “that opportunity was lost as well.”
She and other experts told the committee that the U.S. must open more embassies and send more diplomats to Pacific island countries. Having one diplomat representing the U.S. for several countries – as Cefkin did – simply isn’t enough, they said, particularly not when China has many more in each country’s capital.

The U.S. should also build on existing programs. “A state partnership program of the Nevada national guard with Tonga was hugely beneficial to our relationship,” Cefkin recalled. Since then, she said, the program has been expanded to Fiji and Wisconsin’s guard entered into a partnership with Papua New Guinea. Other programs exist in a number of different fields, including educational programs, leadership exchanges and American aid.

“Strong foundations can breed complacency and overconfidence,” said James Loi, who spent 20 years with the State Department working on the region. The policy toward the Pacific islands must “not be driven by a reactionary approach to China, but by our own, deep-seated interest.”

Paskal cited another regional player as problematic: New Zealand, saying it is “very problematic in Polynesia, where some of its short-term economic interests might be undermining the region’s interests,” which include closer ties with the United States.