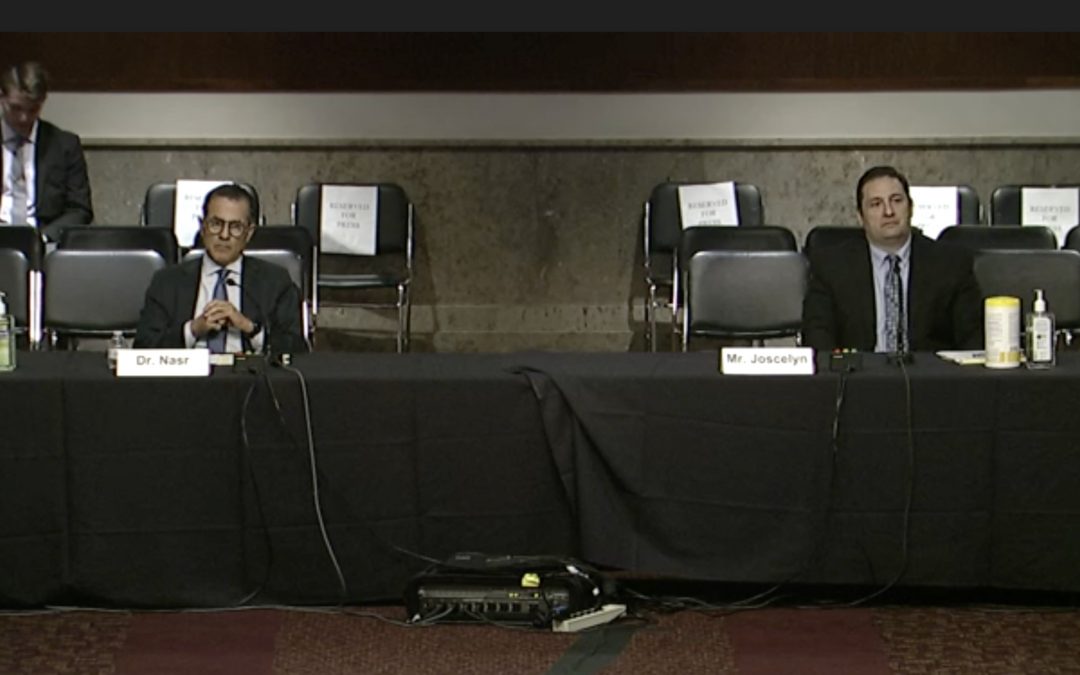 WASHINGTON – Top defense experts said al-Qaida and the jihadist movement are big beneficiaries of the Taliban’s victory in Afghanistan at a Senate hearing Thursday, part of a series of congressional hearings aimed at understanding how the 20-year, $2 trillion war ended last month in a Taliban victory.

“There is no doubt that the Taliban’s victory in Afghanistan is a boon for the global jihadist movement and al-Qaida in particular,” said Thomas Joscelyn, senior fellow at the Foundation for the Defense of Democracies and senior editor of The Long War Journal, at a Senate Armed Services Committee hearing.

“The Taliban won this war, but so did al-Qaida,” Joscelyn added.

Vali Nasr, a professor of Middle East Studies and International Affairs Johns Hopkins University School of Advanced International Studies, attributed what initially went wrong with U.S. involvement in Afghanistan to the United States’ shift from a purely military strategy focused on counterinsurgency toward a nation-building mission.

“Most of the problems we face, such as corruption, misgovernment, misrule, alienation of the population had to do with the state-building, not with the military mission,” said Nasr, a former senior advisor to the U.S. special representative for Afghanistan and Pakistan from 2009 to 2011.

Both expert witnesses criticized the Doha Agreement, which Nasr said came as a result of the U.S. war effort looking deadlocked.

The February 2020 agreement between the U.S. and the Taliban outlined the steps for a complete U.S. troop withdrawal from Afghanistan in exchange for the Taliban preventing al-Qaida and other terrorist groups from operating in the country, as well as a ceasefire that would start talks between the Afghan government and the Taliban.

Excluding the Afghan government at the negotiating undercut its appearance of sovereignty, the experts said. “To recognize the Taliban regime as a legitimate government in Afghanistan would give them a political victory that would compound their military victory,” Joscelyn said.

But despite the agreement’s flaws, Nasr said that “the worst-case government in Afghanistan is not a Taliban government, it’s no government at all.”

Sen. Elizabeth Warren, D – Mass., underscored how much taxpayer money was wasted. “We foolishly tried to build an army without stable institutions under it.”

Sen. Tammy Duckworth, D-Ill., said she proposed legislation to establish an independent commission to investigate what went wrong in the past 20 years, which Joscelyn supported, saying his main critique of the war in Afghanistan was that “the decision making was not clear at any point in time.”