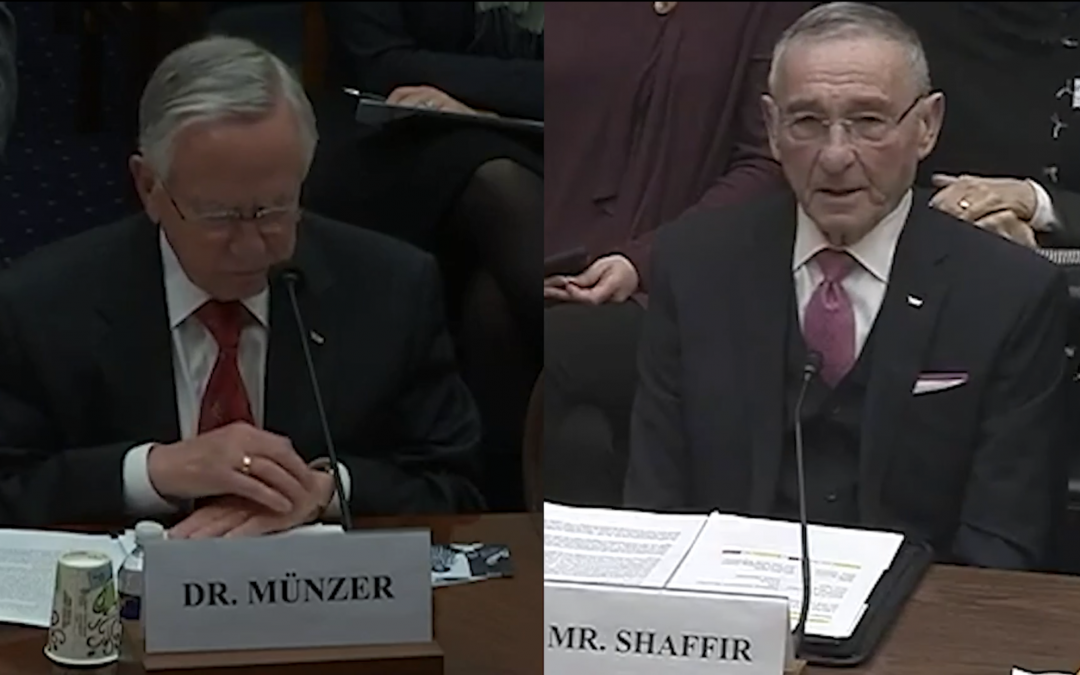 WASHINGTON – As Jewish people around the world commemorate the 75th anniversary of the liberation of Auschwitz, the conversation about anti-Semitism continues on Capitol Hill.

“It grieves and shocks me that anti-Semitism is rising again in Europe, the US and, in fact, across the world,” Rep. Ann Wagner, R-MO, said, during a subcommittee hearing on Resisting Anti-Semitism and Xenophobia in Europe.

Holocaust survivor Nat Shariff shared the story of his 33 family members who perished under the Third Reich during a House Oversight and Reform Committee hearing.

“Each one of my children and grandchildren was named after one of my relatives who was murdered by the Nazis,” Shariff said.

In an effort to combat anti-Semitism in the United States, the House of Representatives Monday passed the Never Again Education Act 393-5, authorizing $10 million over the next five years to expand Holocaust education nationwide.