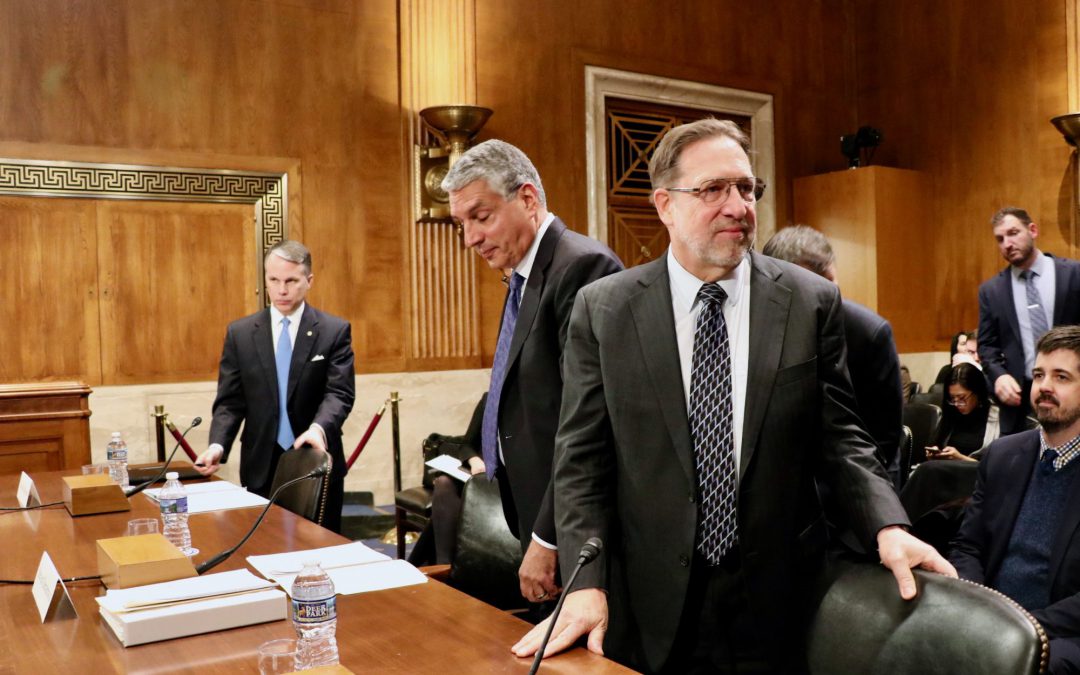 WASHINGTON – Federal regulations are a roadblock to completing federally funded highway projects quickly and cheaply, several senators said Wednesday, but others cautioned against streamlining the process at the expense of environmental protection.

“It shouldn’t take years to permit projects that take only months to complete,” he said.

Completing projects more quickly is “really impactful” for states, said McKenna. “Even when we shave [off] a week, a month, two months, in a lot of states, that’s the whole construction season.”

Sen. Tom Carper, the top Democrat on the committee, said he would not support streamlining legislation that weakened environmental protections.

“The benefits of highway infrastructure will be impeded, if not downright nullified,” said Carper, “if we don’t address the threats of climate change and extreme weather events that are increasingly disrupting our nation’s transportation system.”

To cut down on environment-related regulations, some witnesses suggested using more categorical exclusions to federal review. Typically, the White House Council on Environmental Quality will confirm that a group of actions doesn’t have a significant impact on the environment, and therefore doesn’t require assessments or impact statements., McKenna suggested allowing federal agencies to use exclusions in place at other federal agencies.

Lawmakers also called for long-term reauthorization of federal highway funding, which expires in September 2020. Former President Barack Obama signed the Fixing America’s Surface Transportation Act, or FAST Act, into law in 2015. It was the first multi-year surface transportation bill enacted in over a decade.

If the funding authorization expires, the Federal Highway Administration will not be able to reimburse states for their projects.

States support a five-year reauthorization rather than just extending it for a year. McKenna explained that state departments of transportation plan for 10, and make projections for 20 to 30 years.

“Without knowing how much we can invest, all of those plans are for naught,” said McKenna, who is also director of the Missouri Department of Transportation.

He said that when states can’t count on federal reimbursement for infrastructure projects, they stop taking financial risks. Missouri itself is running two capital programs to prepare to pay for projects in case FAST Act reauthorization fails.

If the federal government does not pitch in, said McKenna, “that will literally take 35 to 40 percent of our capital programs right off the books.”

Even if the act is reauthorized, funding remains uncertain. The money comes from the Federal Highway Administration’s national Highway Trust Fund, but the Congressional Budget Office estimates that the fund will not be able to meet state demand as early as fiscal 2021.

The fund is financed mostly by the gas tax, which is 18.4 cents a gallon on gasoline and 24.4 cents a gallon on diesel. The tax has lost much of its value since 1993, the last time it was increased—18 cents then would be 31 now. If the fund hits zero, states will have to wait for the gas taxes to trickle in.