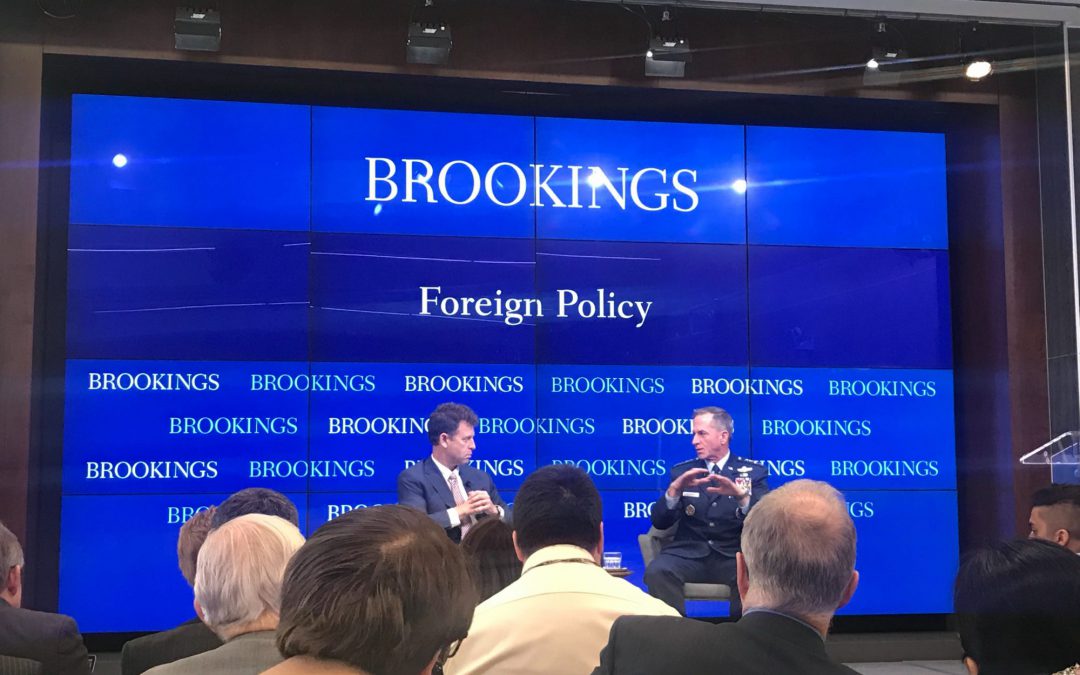 “No enemy on the battlefield has done more damage to the U.S. military than budget instability,” Goldfein said at a Brookings Institution event.

Goldfein said Congress’ inability to pass annual spending bills has meant the Air Force, and the Defense Department generally, has to operate on short-term spending bills that maintain current levels. But the Air Force needs to commit to weapons systems, aviation systems and increasing the number of airmen and others, all of which require committing to long-term spending, he said.

“In 2030, [the chief of staff] will go to war with the force I built,” he said. “If I have no idea what the budget looks like, and if I’m forced to spend only in the last two-thirds of every year because I’m in a continuing resolution … then our ability to plan and build the force we need is significantly affected.”

According to an unclassified summary of the classified 2018 National Defense Strategy by the Department of Defense, the U.S.’ primary national security challenge is the re-emergence of conflict between world powers.

“It is increasingly clear that China and Russia want to shape a world consistent with their authoritarian model,” reads the summary. It lays out a strategy of building a more lethal force, promoting alliances and reforming the DOD.

Goldfein said that the Air Force’s main goals, in alignment with the national strategy, are to defend the U.S., maintain nuclear deterrence, defeat peer threats like China and Russia, deter rogue nations like North Korea and Iran and counter violent extremism.

Brookings Institution Senior Fellow Michael O’Hanlon said that last fall, Goldfein had wanted to increase the size of the force by about 25 percent, from 312 operational squadrons to 386. Goldfein explained Tuesday that most of the increase would be in long-range aviation bombers, tankers and intelligence surveillance reconnaissance. Long-range aviation will be in “huge demand,” he said, in any military scenarios involving Russia or China.

To generate the squadron requests, the Air Force ran over 3,000 computer iterations with all the elements required on Air Force campaigns from 2025 to 2030. The projections were based on comprehensive military campaign plans and the latest intelligence available, Goldfein said, and their results are meant to keep the risk involved in each military campaign “moderate.”

President Donald Trump is reportedly considering allotting between $700 billion and $750 billion to the DOD in his 2020 budget proposal. O’Hanlon made it clear that Goldfein would not confirm a more specific amount. Last year, Congress budgeted $717 billion to defense spending.