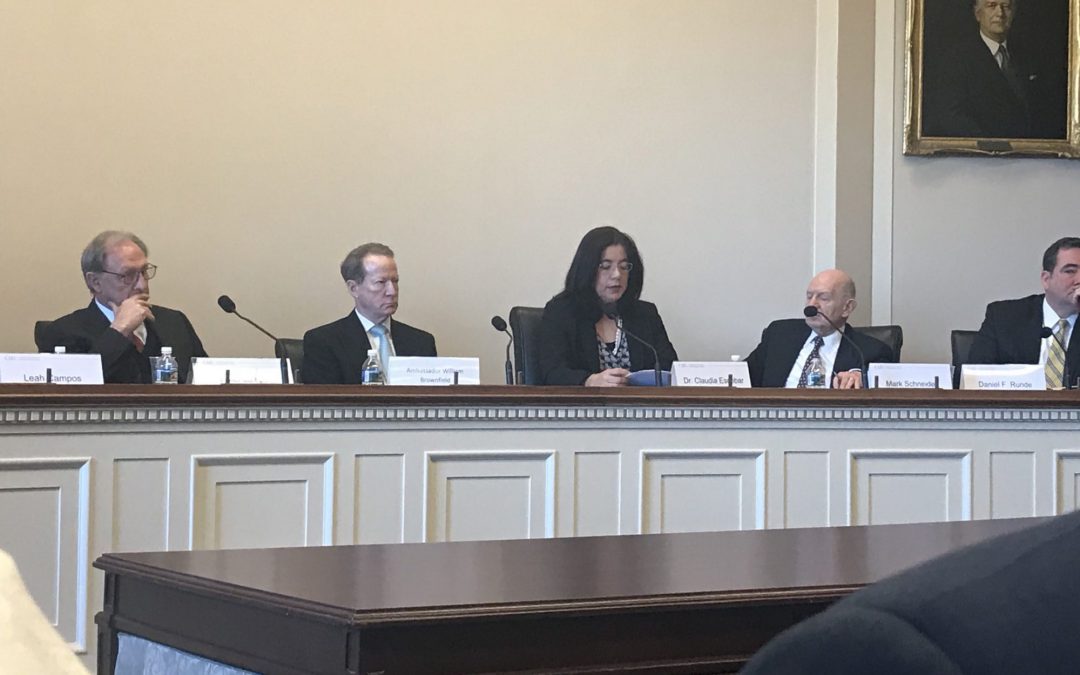 WASHINGTON – The U.S. needs to withhold foreign assistance to Guatemala and apply sanctions, Rep. Norma Torres, D-Calif, said Wednesday, in reaction to the dismissal of an anti-corruption United Nations commission from that country.

Guatemalan President Jimmy Morales forced the International Commission Against Impunity in Guatemala out of the country Jan. 7, nearly three weeks ago. Morales alleged that the commission infringed on his nation’s sovereignty and violated the rights of suspects.

Despite being a foreign organization, the commission can independently investigate Guatemalan citizens and prosecute them in collaboration with the Guatemalan Public Ministry. The Ministry is an auxiliary to the courts that investigates and prosecutes with complete autonomy from the rest of the government.

The country’s constitutional court blocked Morales’ decision on Jan. 9. However, the UN removed commission members from Guatemala when the government refused to guarantee their safety.

Former Ambassador Brownfield said that the commission’s dismissal was a “blipping disaster for the rule of law in Guatemala.”

In the past few weeks, Brownfield said, Morales has worked to “systematically dismantle” the law by threatening and intimidating leaders of the judiciary, national police and Public Ministry. The Guatemalan congress is also considering a law that would essentially let high-level corruption and “institutional misbehavior” go unpunished, according to Brownfield.

Former Guatemalan judge Claudia Escobar said at the panel that CICIG’s presence was the only reason she was able to denounce an influential politician who had tried to bribe her. Without the commission’s support, she said, her actions would’ve been “suicide.”

Since its inception in 2006, the commission has broken up over 60 criminal networks and indicted 680 individuals, 310 of whom have been convicted, according to a newsletter released last year. Most famously, it led a 2015 investigation into a customs corruption ring that eventually implicated the then-president and vice president.

Due in part to the commission, the Guatemalan homicide rate dropped 32 percent and convictions for violent crimes increased fourfold in the last decade, said Mark Schneider, senior adviser of the Center for Strategic and International Studies.

“That’s the way to reduce violence, control drug and human trafficking, and corruption,” Schneider said, “and thus reduce the push factors that force migration to the United States.”

Guatemalan citizens have been one of the most prominent groups in the headline-grabbing, thousand-member migrant caravans traveling from the Guatemalan-Mexico border up to the U.S.’ southern border.

According to CSIS, the number of Guatemalan families apprehended on the U.S.’ southern border doubled between 2017 and 2018.

Daniel Runde, senior vice president for the Center for Strategic and International Studies, or CSIS, said, “It’s not surprising you’re seeing a great amount of fear returning, and a new wave of forced migration of poor families to our southwest border.”

Runde said that Morales “appears to be reinstating pre-accord power structure” in Guatemala. Prior to the 1996 peace accord negotiated by the U.N., the country had been embroiled in a 36-year civil war, fraught with accusations of crimes against humanity and genocide.

Guatemala’s general elections will be held in June to elect the president and congress. While Morales can’t run for a second four-year term, some fear that he will undermine the election process.

Brittany Benowitz, chief counsel to the American Bar Association’s human rights division, told the crowd, “If we go into the upcoming elections with a compromised constitution… you will have nobody to ensure [their] integrity.”

Until Guatemala reforms the judicial nomination process and completes outstanding arrests of indicted citizens, Benowitz said that the U.S. should levy “all elements of its national power,” against that country, including sanctions.

“The potential damage from this constitutional crisis is potentially irreparable,” she said.