Medill on the Hill produces live State of the Union broadcast 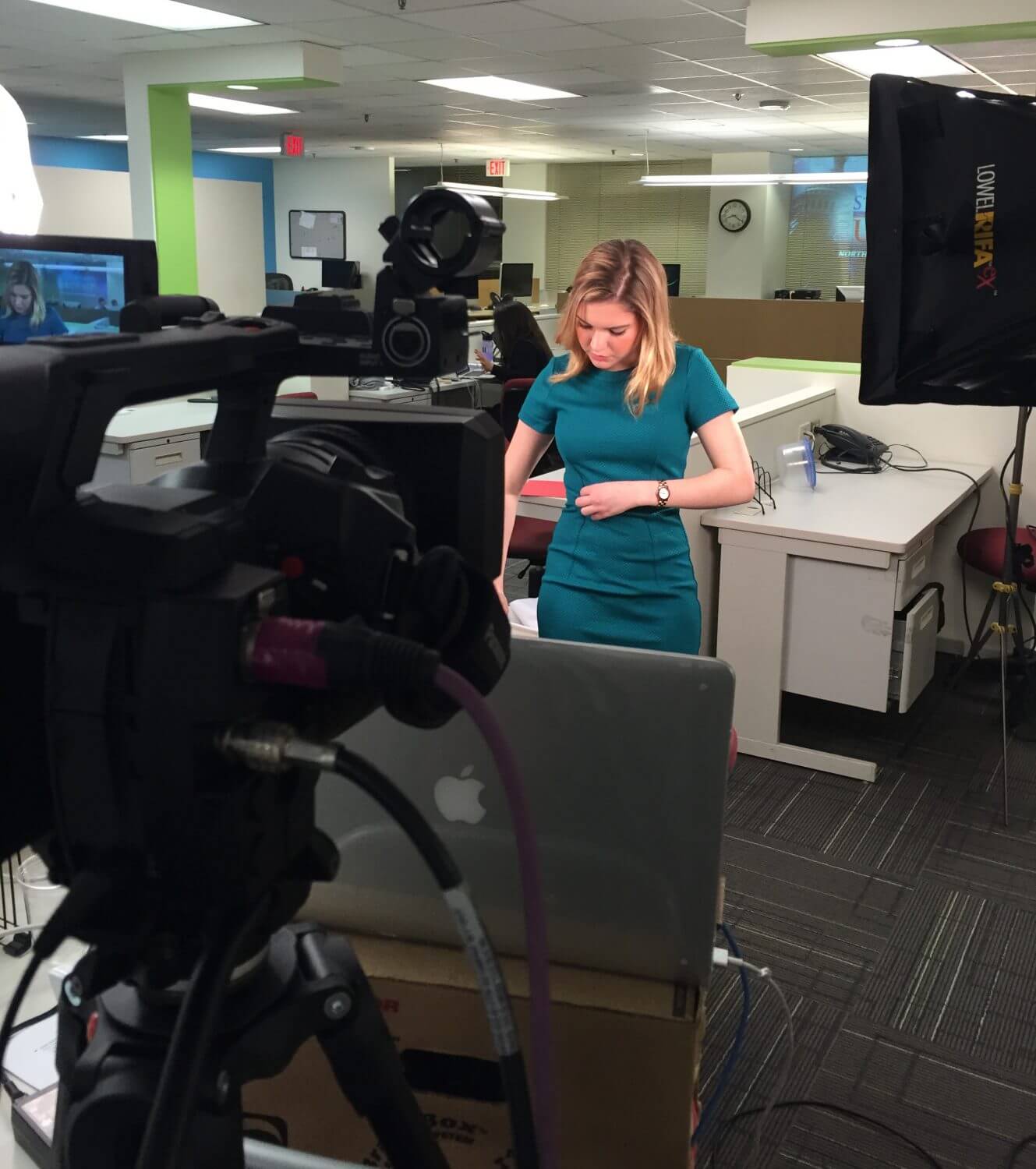 Medill on the Hill reporter Isabella Gutierrez prepares to go on air during the State of the Union broadcast. Ethan Cohen/Medill

WASHINGTON — It was the third day of reporting for the 21 students in Medill on the Hill. It also happened to be the day the president would deliver his final State of the Union address.

Months ago, buoyed by the excitement of the possibilities and the folly of youth, some of us came up with the idea of taking Medill on the Hill to a new level — producing live TV while also finding new ways of storytelling for the website and social media.

On State of the Union night, Jan. 12, the Washington web team led by Alex Duner and Celena Chong managed the flow of copy and constant web updates streaming in from reporters around Capitol Hill and elsewhere in D.C. There also was a constant stream of @medillonthehill tweets and snapchats as well as several Periscopes.

Tyler Kendall, Allyson Chiu and Shane McKeon were responsible for the main story, and Chiu said the experience was, “the highlight” of her journalism career.

“It was hectic, crazy and we were definitely all running on adrenaline by the end of the night,” she said.

Other reporters were assigned to stories on specific issues the president mentioned, or how local college students reacted to the speech. One even tweeted the speech in Spanish.

My task was to produce the Washington end of a live television broadcast.

Nine months ago Jesse Kirsch came back from 2015 Medill on the Hill with an idea for Carlin McCarthy, another producer with the Northwestern News Network, and me.

It took long nights, patience and a lot of support from the Medill faculty and staff, but we pulled it off.

Jesse opened the show in Evanston and before we knew it Isabella Gutierrez was doing a live hit from the Washington bureau. Then we were live in Statuary Hall with Noah Fromson, followed by a live report from graduate student Ryan Holmes on what to watch for just minutes before we streamed the live feed of President Barack Obama addressing a joint session of Congress for his final State of the Union.

We did a live interviews with Senate Democratic Whip Dick Durbin, wrote scripts while we counted down the seconds until they were read and gathered quotes from senators and members of Congress. Alex Lederman also provided quick-turn video interviews with two congresswomen.

Associate Producer Geordan Tilley, who interviewed Durbin, was nervous before the show, but she said she is proud of the Medill effort.

“I thought the show was some of our best work, Tilley said. “Especially considering how many firsts were involved, not the least of which was our first time going live.”