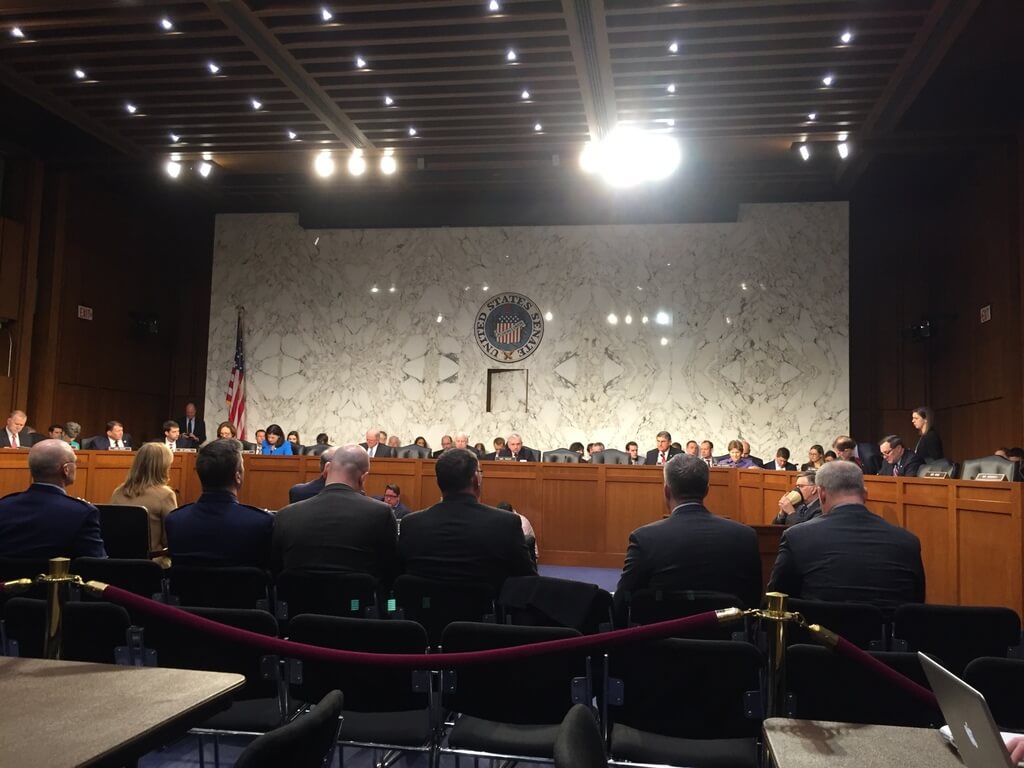 WASHINGTON – Sen. John McCain said Wednesday he plans to introduce legislation to repeal a provision in the big 2016 spending bill that effectively ended the ban on the use of Russian-made rocket engines.

United Launch Alliance, a joint venture owned by Lockheed Martin and Boeing that serves as the Pentagon’s primary contractor for putting military satellites into space, uses the RD-180 engine in its rockets.

“The fact is, ULA has two launch vehicles, and if the Air Force were to pursue split buys [breaking the purchase into multiple transactions] for a short period of time until a new engine is developed, we could eliminate our dependence on the RD-180 today, without compromising future competition,” McCain said.

To assure access to space, Kendall and James advocated for a continued public-private partnership with launch providers such as the United Launch Alliance. New competitors, including SpaceX, have already successfully delivered payloads to space.

At the hearing, James said the Air Force would grant two additional launch prototype contracts, having previously awarded such contracts to SpaceX and another manufacturer, Orbital ATK in northern Virginia.

James, going to McCain’s concern that dependence on Russia puts the U.S.’ “most precious national security satellites at risk before they ever get off the ground,” said the Defense Department is working to end use of Russian rocket engines as soon as possible.

McCain, an impassioned opponent of any reliance on Russian-made engines, said his legislation is “the first of many actions I will take this year to ensure we end our dependence on Russian rocket engines.”

While the U.S. condemned Russia’s 2014 invasion of Ukraine’s Crimea territory, among other hostile actions, Washington continues to depend on Russian engines, which McCain sees as a benefit to Russian President Putin, “his network of corruption, and the Russian military industrial complex.”