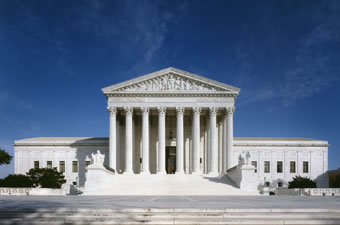 WASHINGTON — In a series of divided opinions, the Supreme Court ruled Monday that the United States does not have to turn over information about the existence of an alleged Central Intelligence Agency black site under its state secrets privilege.

“We agree with the Government that sometimes information that has entered the public domain may nonetheless fall within the scope of the state secrets privilege,” Breyer wrote for the majority.

The case made its way to the high court after the CIA erroneously believed Zayn al-Abidin Muhammad Husayn — better known by his nom de guerre, Abu Zubaydah — of being a senior al-Qaida liteunent. From 2002 to 2003, Zubaydah was subject to torturous, “enhanced interrogation techniques” in secret CIA sites, including Poland.

The agency later concluded Zubaydah was “not a member of al-Qaeda,” but not before transferring him to Guantanamo Bay, where he remains detained today. When Zubaydah filed a 2010 criminal complaint seeking to hold Polish nationals accountable for his torture, the U.S. refused to turn over information about the site, citing national security concerns.

In his dissenting opinion, Justice Gorsuch argued the government can no longer argue information about Zubaydah’s experiences is classified in light of books, movies and reports that have since been published about the ordeal.

With no discernible threat to national security as the government has conceded the existence of a cite that is already publicly known, Gorsuch wrote the government’s argument seems to hinge on a desire to “avoid (or at least delay) further embarrassment for past misdeeds.”

“We know already that our government treated Zubaydah brutally — more than 80 waterboarding sessions, hundreds of hours of live burial, and what it calls ‘rectal rehydration,’” Gorsuch wrote. “But as embarrassing as these facts may be, there is no state secret here. This Court’s duty is to the rule of law and the search for truth. We should not let shame obscure our vision.”

In her partial dissent, Kagan wrote Zubaydah’s information requests are of a broader scope than just the location of the detention center.

“Both sides have substantial interests in this case — the Government in safeguarding its relationships with foreign intelligence partners; Abu Zubaydah in obtaining information needed to right past wrongs,” Kagan wrote. “Sometimes, interests of that kind are wholly irreconcilable, and the state secrets privilege may then put an end to the suit. But that is not so here.”

CIA contractors have refused Zubaydah’s attempt to subpoena information about his torture. However, Gorsuch argued, in 2016, the CIA permitted Mitchell to publish a book about the practice in 2016. The Agency also allowed Mitchell and Jessen to testify in a separate 2017 lawsuit that CIA headquarters refused their request to discontinue waterboarding techniques with Zubaydah.

Gorsuch noted that Mitchell even appeared in a 2021 documentary, “The Forever Prisoner,” about his treatment of Zubaydah.

“There comes a point where we should not be ignorant as judges of what we know to be true as citizens,” Gorsuch wrote.