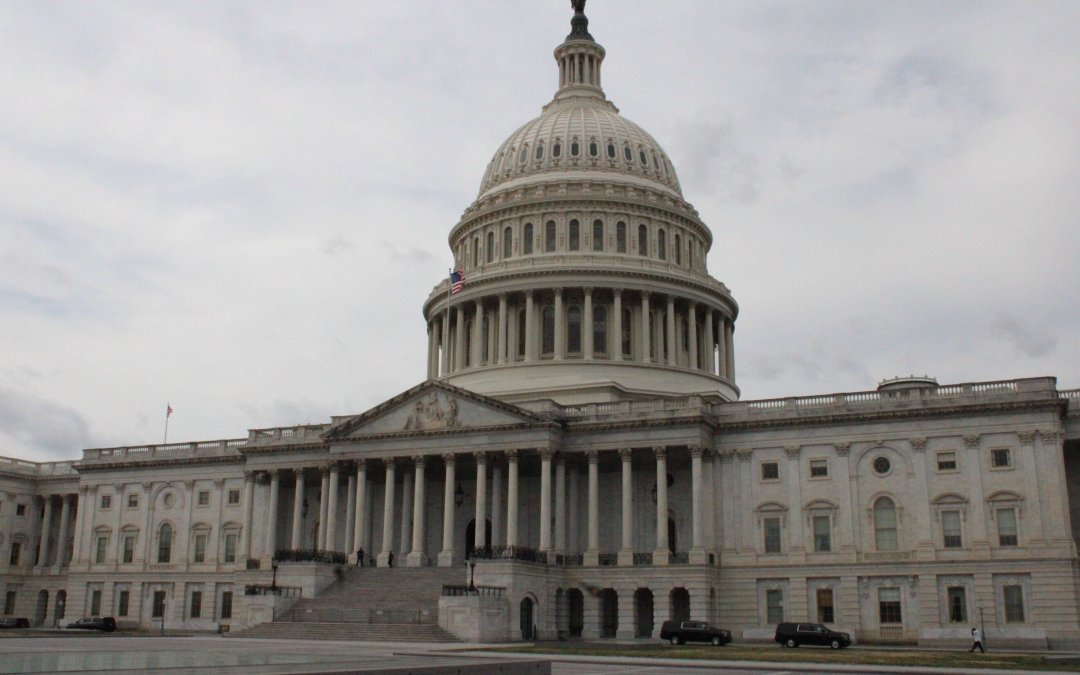 According to Godfrey, the senior bureau official for public diplomacy and affairs, Russian engagement on these platforms has “doubled” since the Kremlin revoked access to VOA online and despite continued efforts to “shut down” these outlets.

“We have a Telegram [messaging account] to keep in contact, which has not yet been found by the Russian government — these are indigenous Russian language platforms that we’re engaged on,” she said.

“We continue to engage through Twitter, Facebook, and even though the Russian government has tried to shut down those platforms, we still see Russian citizens accessing them, and we’ll continue to use all those means to continue to communicate with Russians.”

Godfrey’s remarks come after Russian journalist Marina Ovsyannikova was detained after running onto the set of one of Russia’s most-watched news programs, Vremya, holding a sign that read in Russian: “No war, stop the war, don’t believe the propaganda, they are lying to you here.”

Lawmakers, State Department officials and experts referred to this incident to highlight how autocratic regimes are able to limit the spread of information.

“They do so by kicking out independent media,” Godfrey said. “They do so by telling their own journalists and citizens what they may or may not say.”

Uzra Zeya, the undersecretary for civilian security, democracy and human rights at the State Department, said the Biden administration has prioritized bolstering legitimate media outlets by proposing increasing the amount spent on media freedom by 40% in the fiscal year 2022 over fiscal year 2020.

To which Sen. Chris Coons, D-Del., who chairs the Senate subcommittee that oversees foreign aid, said more bipartisan focus is needed to make sure these requests make it into a final spending package.

“We had the chance to visit Poland in particular with a cable channel that is under a lot of pressure in terms of maintaining a free and open media,” said the lawmaker, who traveled last month with two other Democratic senators to Germany, Poland and Lithuania.

“You requested a 40% increase. That is not what we were able to deliver here.”

After senators finished hearing from the two State Department officials, two experts appeared to offer suggestions for how lawmakers should use policy to deter authoritarianism. They highlighted Russia, but also cited Venezuela and the People’s Republic of China.

Anne Applebaum, a staff writer at the Atlantic and senior fellow at the Stavros Niarchos Foundation Agora Institute at Johns Hopkins University, suggested putting an end to transnational kleptocracy and centering democracy-building in foreign policy.

However, she emphasized fighting disinformation — be it in Russia, China, or Venezuela.

“Autocrats understand the importance of controlling opinion inside their own countries and influencing debates around the world,” she said.

“Hundreds of Russian journalists have fled Moscow: Why not start a Russian television channel? We should increase funding for independent media outlets, support grassroots efforts to run media campaigns.”

“We must counter the dangerous narratives, which authoritarians spread to manipulate, to distract and to cause people to question whether democracy has anything to offer the modern world,” Menendez said.

“This is one of my passions, and I intend to use your testimony as a foundation for our legislative initiative in this regard,” he said.

Published in conjunction with: