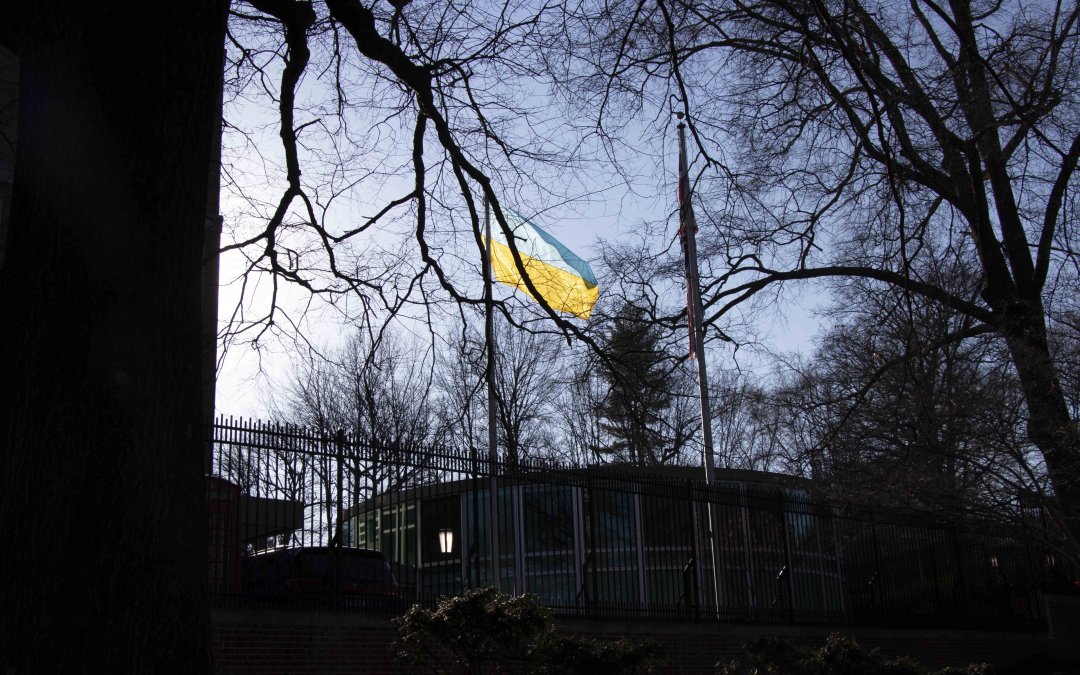 The Ukrainian flag flies outside of the British Embassy on Friday. Britain was one of several European nations with a Ukrainian flag hanging alongside their own. (Charlotte Varnes/MNS)

WASHINGTON — Embassies, businesses and private residents across the District have hung up flags, balloons and signs in support of Ukraine.

Some countries are taking a stance on the war by hanging up the Ukrainian flag alongside their own: European Union members Croatia, Luxembourg, Latvia, Italy and ex-member Great Britain all have Ukrainian flags outside their embassies in Washington. The displays include bouquets of Ukrainian’s national flower, the sunflower, signs protesting the war and miniature Ukrainian flags. 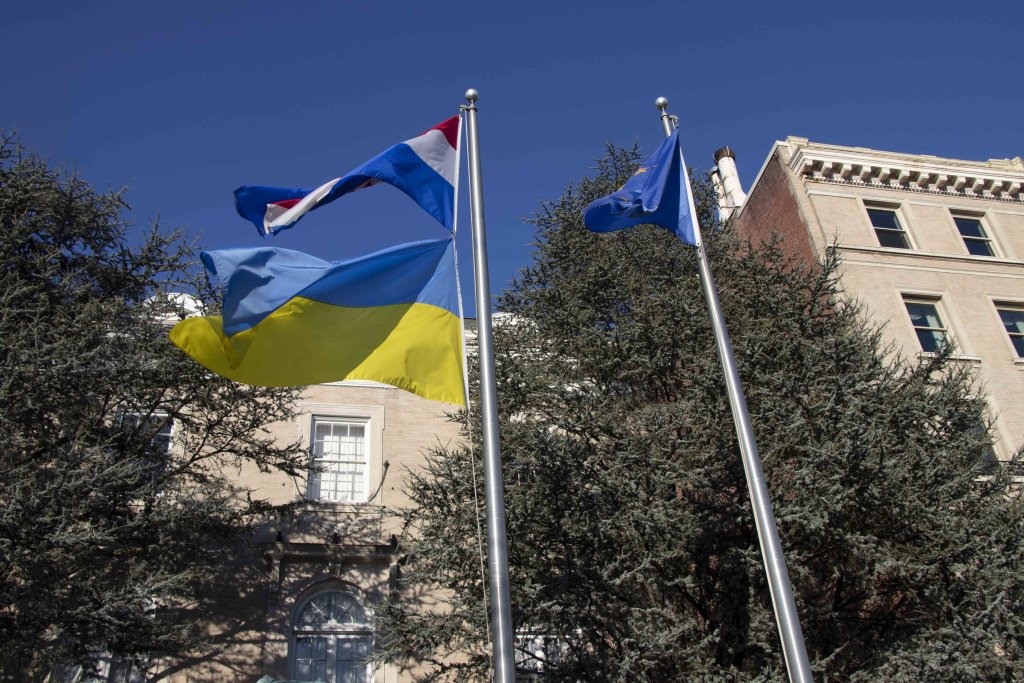 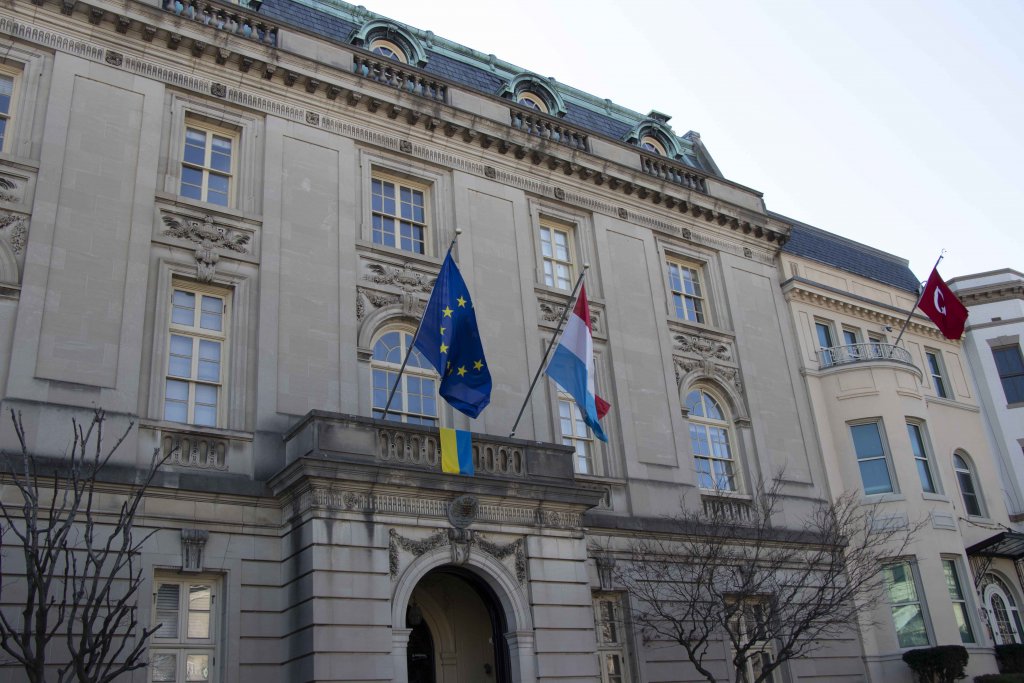 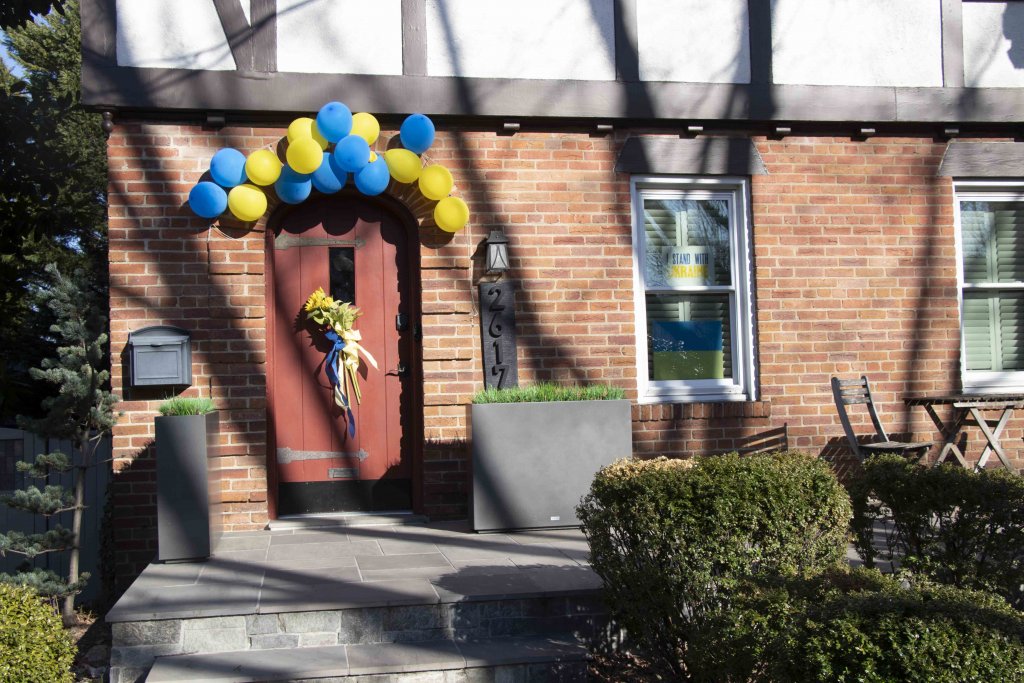 Several houses near M Street in Georgetown and across the street from the Russian embassy in Glover Park have also put up displays of support. Beyond showing unity with Ukraine, some citizens are also taking an active stand against Russia. Protesters danced on the roadside of the Russian embassy Friday, holding signs calling for peace.

In a separate incident, days after Russia invaded Ukraine, the Dupont Circle restaurant Russia House was vandalized. Perpetrators broke a window, which has since been boarded up. The restaurant is currently closed due to COVID-19, according to its website. 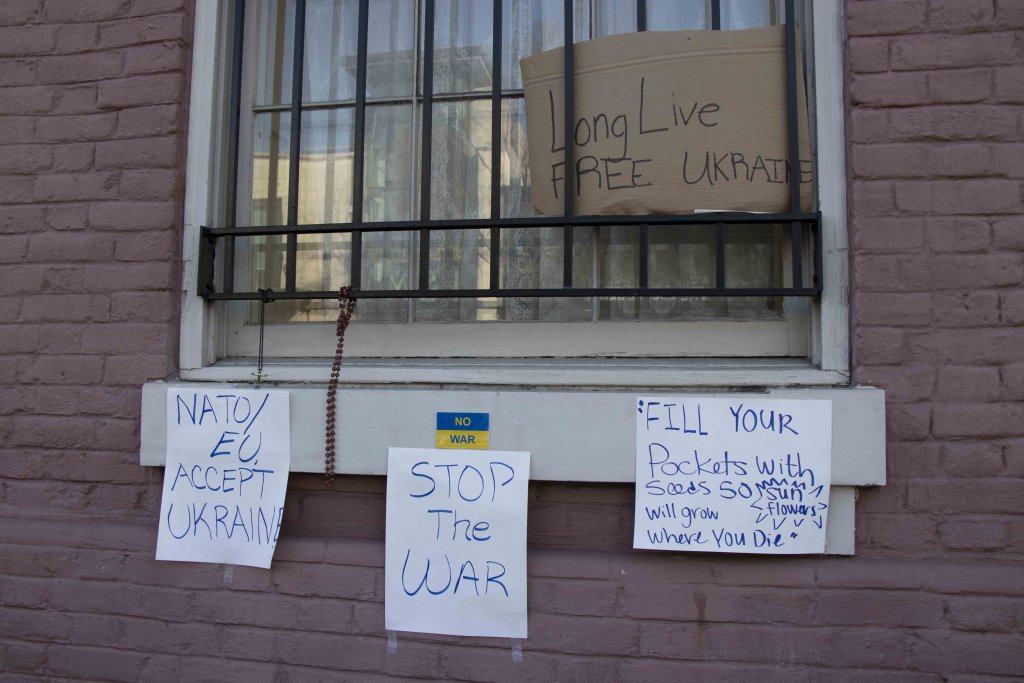 Signs in support of Ukraine hang outside of the Ukrainian Embassy in Georgetown on Friday. (Charlotte Varnes/MNS) 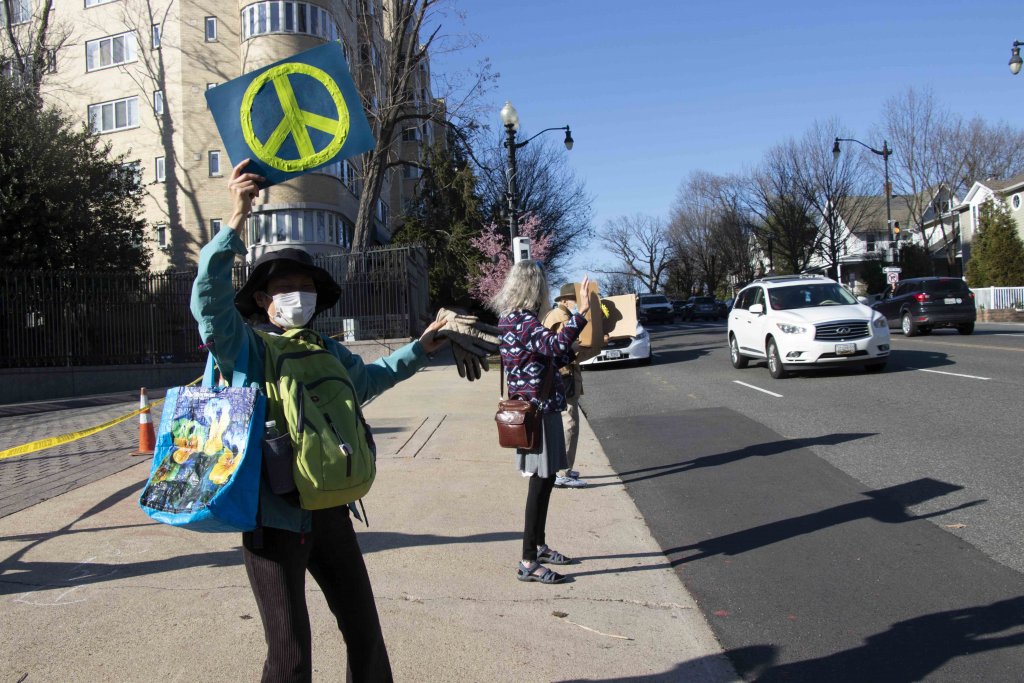 Protester Yasyuo Nugent waves a sign in support of Ukraine outside the Russian Embassy in Glover Park. Nugent was one among three protesters calling for peace in front of the embassy on Friday. (Charlotte Varnes/MNS) 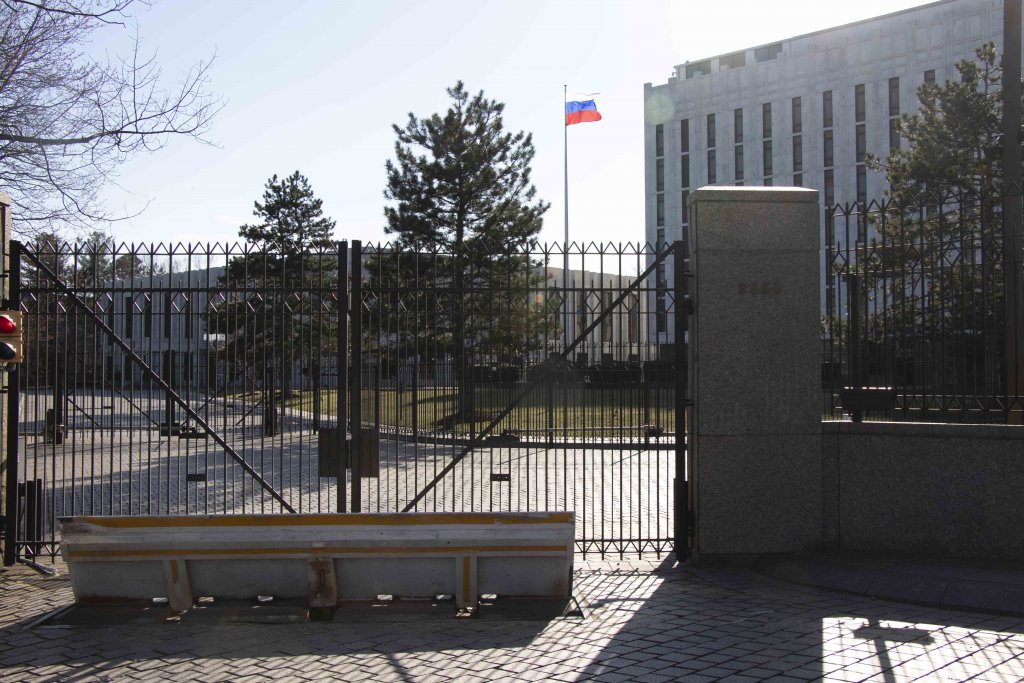 The Russian Embassy in Glover Park. Several displays of support for Ukraine are set up outside the embassy, including a “Zelensky Way” street sign and sunflowers. (Charlotte Varnes/MNS) 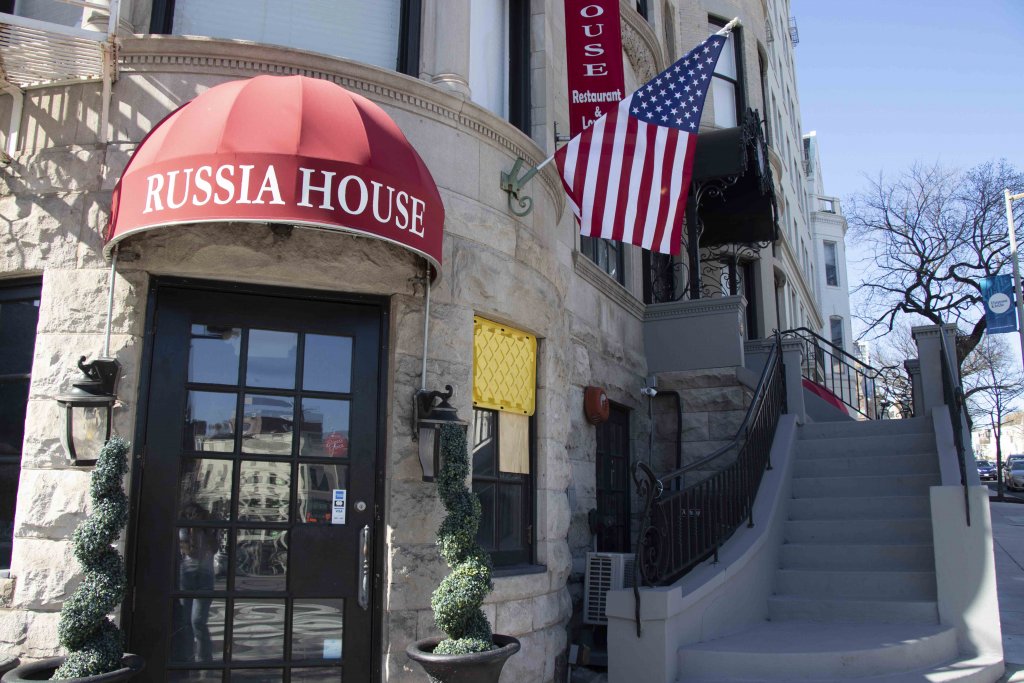 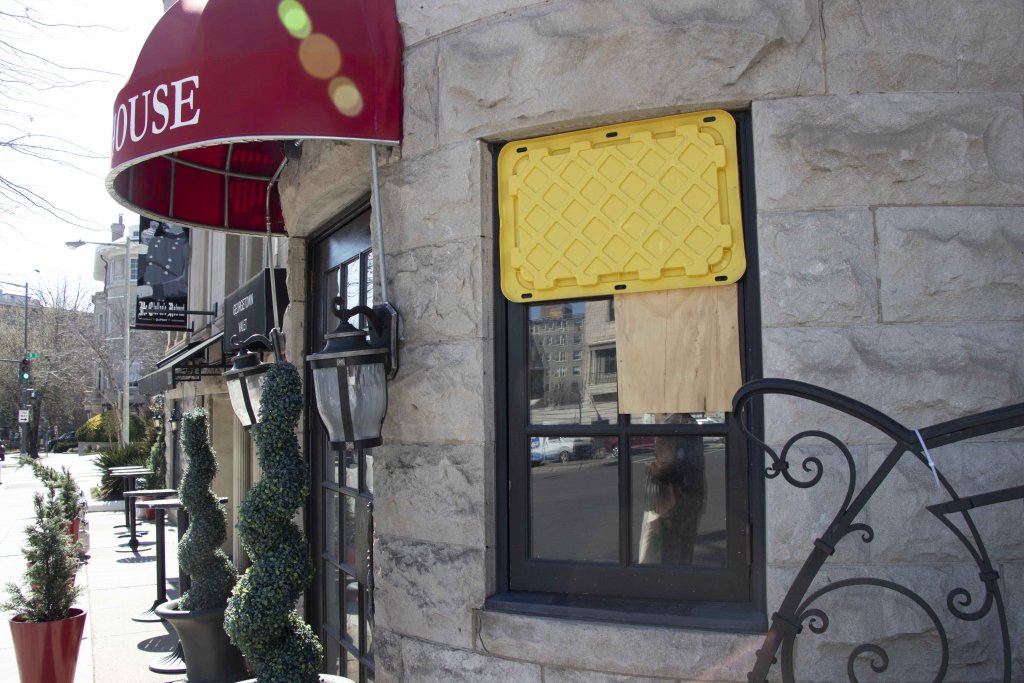 A vandalized window at the Russia House. (Maia Pandey/MNS)