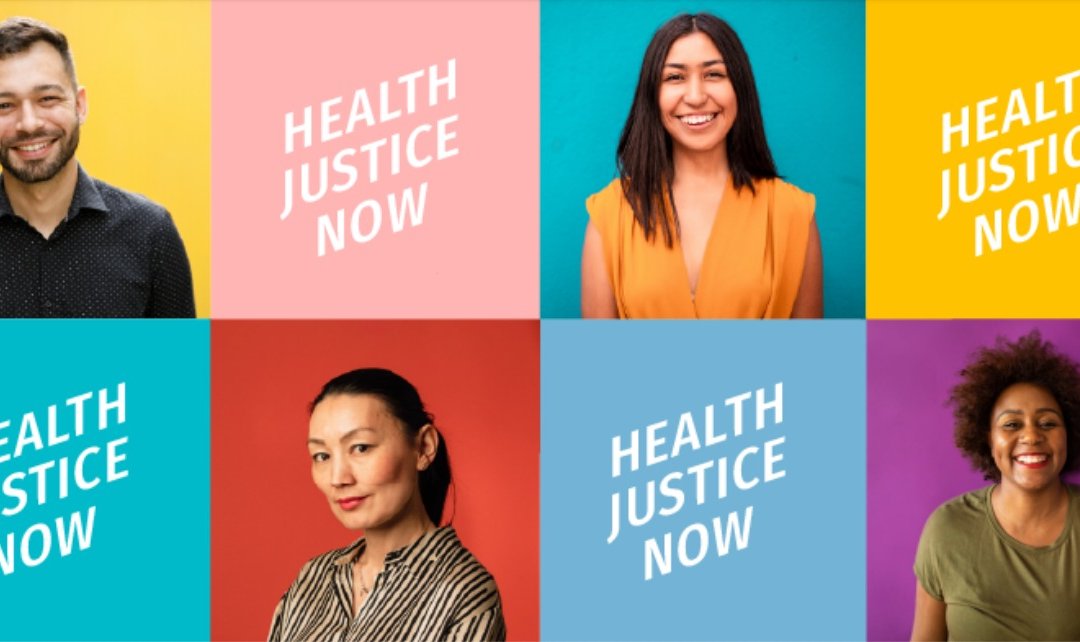 WASHINGTON – A father slept by his sister’s side as she cried in the hospital after losing four of her limbs to unchecked diabetes.

The family didn’t have insurance, so they couldn’t have treated her condition earlier.

Laura Guerra-Cardus witnessed their struggle first-hand as a med student in Texas. The experience pushed her to fight against the reasons why many Americans lack medical coverage and access to health care.

“I was constantly struck by times when medicine could only provide bandaid solutions for problems with much deeper roots, like poverty and racial injustice,” said Guerra-Cardus.

Health advocates like Guerra Cardus, policy makers and activists from across the country gathered virtually on Tuesday to listen to panel conversations on the multifaceted issues that surround health and racial inequity, and to engage in workshops about social media activism, new technologies for campaign strategizing and lessons from the COVID-19 vaccine.

“COVID-19 has made it impossible to ignore everything that is wrong with this balkanized and still badly broken healthcare system, where people of color are the first to get sick, yet last to get access to care, and in the frontlines when it comes to discrimination,” said Frederick Isasi, executive director of Families USA, which hosts the conference.

“You can see [it during the] pandemic, in which people with disabilities are seen as expendable and disposable, and that has everything to do with racism, eugenics and who is deemed worthy of survival and who is not,” said Ola Ojewumi, founder and director of Project ASCEND.

The problem of systemic racism becomes even more complicated with housing. The history behind the housing market and current practices of gentrification have been rooted in race-based discrimination, according to Sidney Betancourt, a housing advocacy organizer for the National Low Income Housing Coalition.

“We know there’s been studies shown that depending on your zip code, that will be a determinant of your health outcomes later on in life,” Betancourt said.

The activists who should be leading the solutions to these problems, explained reproductive rights organizer Monica Simpson, are those who are people of color, who are disabled or who are themselves impacted because these populations have lived experience that can inform their work.

“People are understanding that we do not live single issue lives,” said Simpson, executive director at SisterSong. “Audre Lorde told us that. And now we’re seeing what that looks like in practice.”

As an example of how intersectionality can be applied to advocacy, Ojewumi pointed to the rallying of disability activists through social media.

By connecting large groups online voicing similar concerns over the ableism of Center for Disease Control and Prevention policies, disability rights activists were able to sit down with the CDC director and discuss potential harms towards their high risk community.

With a growing need for affordable medical care and lowered prescription drug pricing, the benefits of Biden’s proposed Build Back Better bill were emphasized by several speakers including the president himself, in a pre-recorded keynote address.

“I’m sure what ultimately comes out of this Congress will not fulfill our hopes nor our needs, but we must secure all of the progress we can achieve when we can achieve it,” said Rep. Lloyd Doggett (D-Texas).

During Tuesday’s closing remarks, Laura Guerra-Cardus received the award of Health Justice Advocate of the Year for her work as deputy director of the Children’s Defense Fund in Texas. She spoke on the health coverage gap and urged health advocates and activists at the conference to continue their fight to close it.

“What I know is that the pendulum doesn’t just swing back our way,” Guerra-Cardus said. “It’s not something we ride on passively when we are down. We don’t just sit, we organize. We build power and we pull the pendulum back towards justice.”