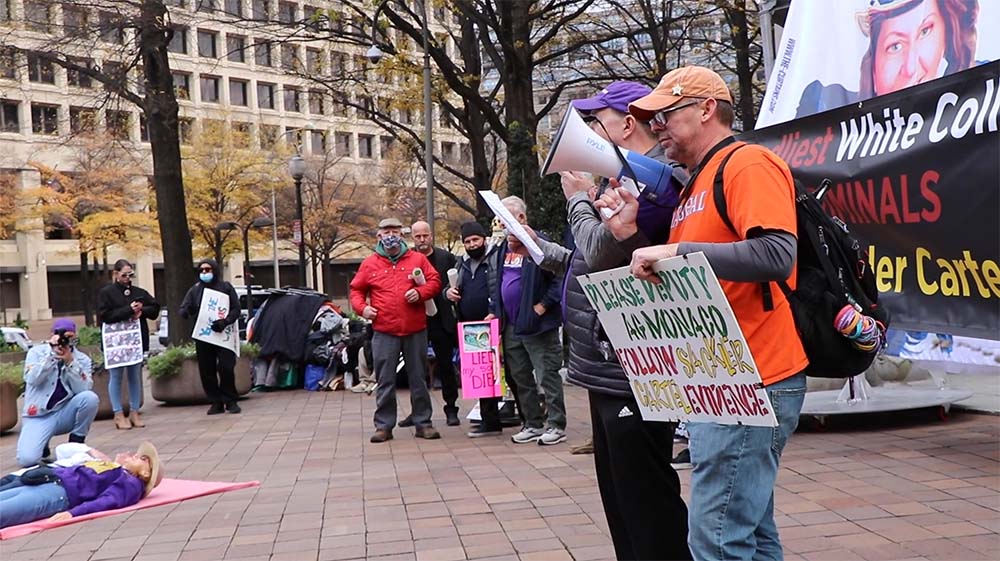 WASHINGTON — Protesters gathered outside the Department of Justice Friday demanding the Attorney General’s Office pursue a criminal lawsuit against the Sackler family, owners of the billion-dollar pharmaceutical company that manufactures the prescription drug Oxycontin.

Earlier this year, the Sackler family agreed to a $4.5 billion settlement for their role in fueling the opioid epidemic. However, that settlement shielded them from individual liability, angering activists.

“I come because I try to support him, he’s always with me,” said Beth Baldwin of her son Philipp who died at 23, nearly five years ago, after a battle with opioid addiction.

The protest comes after a recent report from the Centers for Disease Control and Prevention that estimated 100,000 lives were lost due to opioid overdoses in the past year.