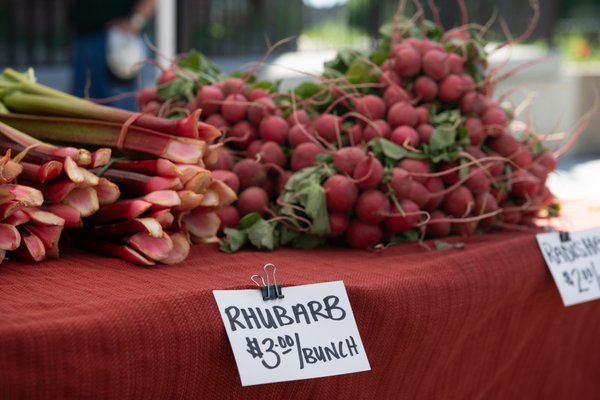 Madison resident and farmer Mylia Vang didn’t apply for some of the $100 million in COVID-19 relief grants for Wisconsin farmers because she didn’t know the money existed.

Vang, 44, who makes between $20,000 and $30,000 per year selling asparagus, zucchini and other vegetables she and her husband grow on 3 acres of leased land in Verona, said she doesn’t usually keep up with the news because English is not her primary language. And no one reached out to her to share the information before the deadlines for two rounds of grants in 2020 and 2021 passed.

Vang’s experience is not unusual among the state’s large Hmong population, according to advocates for the state’s largest Asian ethnic group. Technology and language barriers, as well as the lack of a specific advocacy organization for Hmong farmers, made accessing the grants a challenge for many, said Phil Yang, a Dane County farmer who migrated to Wisconsin from Laos with his family more than 30 years ago.

Yang was able to access $10,000 in grants, which he said helped his operation survive the pandemic. But he also holds a doctorate and speaks fluent English.

Yang was elected to the Dane County Farmers’ Market board of directors right before COVID-19 hit. He’s the first Hmong person to hold the post. Since the beginning of his tenure, Yang said, he has found it a challenge to convince Hmong vendors to upgrade their business models.

Yang said he recently explained the benefits of credit cards to one vendor who refuses to accept card payments. Yang said the vendor worries he will have to pay more in taxes, which is why his stand is cash-only.

“On average, about 80% of our sales come through credit cards,” Yang said of his bakery. “They don’t understand what this means to them.”

Wisconsin is home to the third-largest Hmong population in the United States, according to U.S. census data. Some 6,000 Hmong live in Dane County, according to the 2011-2015 American Community Survey, and farming is a primary or secondary source of income for many.

In the 1970s during the Vietnam War — known as the “Secret War” within the Hmong community — the first generation of Hmong arrived in the U.S. as refugees fleeing Thailand and Laos. Many of them had been farmers at home, and they settled in Wisconsin because of the region’s rich farmland.

During the pandemic, many Hmong farmers could not sell their products because all the farmers’ markets were closed, said Hmong Institute Board President Mai Zong Vue.

Vue said she helped set up meetings between Hmong farmers and buyers from a local food bank to make up for the hit to farmers’ incomes.

“As a result, a few Hmong farmers were able to be a vendor and sell it to them,” she said. But she said it took a lot of work because there’s no formal support system in Dane County that works to connect Hmong farmers to resources.

“Everything from data to documentation to advocacy and a formal (outreach) group is nonexistent,” she said.

In collaboration with the Center for Community Land Trust Innovation, Yang’s team opened up the space to local vendors, free of charge.

“In order to limit the barriers, we have to replicate,” she said. “There’s no pivoting that needs to be done in terms of online technology.”

Yimmauj Yang, who is Hmong, has relatives who are farmers. Also because of her work that focuses on advocating for land access, she said she’s well connected among the Hmong farming community.

During the pandemic, none of the farmers she spoke with knew there were relief funds for farmers, she said. And when she told them about the application, they weren’t meeting the gross income to receive those funds.

The first round of funding required a gross annual income of $35,000, which was too high for many small-scale Hmong farmers, Yang said. A second round of funding lowered the income requirement to $10,000 a year. Both rounds were capped at farms making $5 million.

“I know many, many farmers who make less than $10,000,” she said. Those farmers still won’t be eligible to apply, she said.

Thinking about what’s next

The support system for Hmong farmers looks much different in Minnesota. A Twin Cities-based nonprofit, the Hmong American Farmers’ Association, has been working to address language and knowledge barriers since 2011, said HAFA executive director and co-founder Janssen Hang. The group does extend membership to some farmers in western Wisconsin.

The group offers several programs such as business development trainings and crop growing workshops, and it helps connect Hmong farmers with alternative markets such as schools and hospitals. During the pandemic, HAFA applied for six grants and most recently was approved to receive $600,000 that it will divide among farmers and put toward the group’s community farm, Hang said.

Having the farmers’ group has “really changed the dynamic,” Hang said.

While Yang can still remember riding water buffalos and harvesting rice with his mother in Laos during the 1980s, many young people are leaving the industry to pursue jobs elsewhere. So there’s less reason to plan for sustained growth, he said.

What’s more, Yang said due to a lack of translation services, many Hmong farmers think grant-writing is like producing a 20- to 30-page paper. Many Hmong farmers are turned off by their idea of the process and say they don’t have time, he said.

Sweeping relief packages from the top are well-intentioned, said Yimmauj Yang, but there are barriers at every step in the pipeline. “It’s not trickling down.”