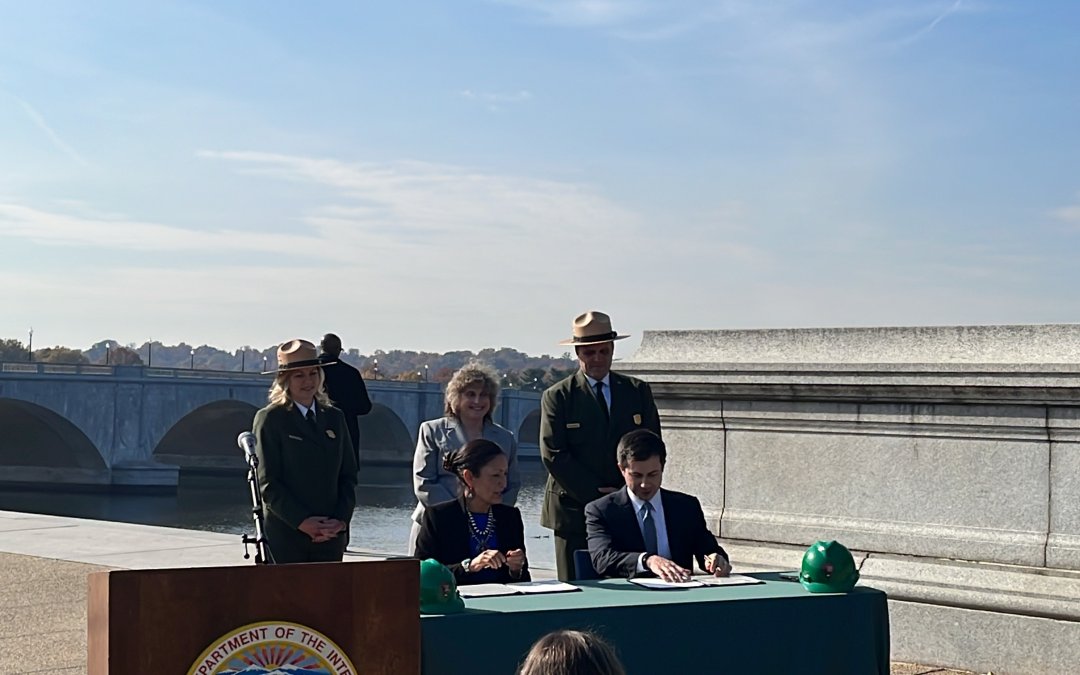 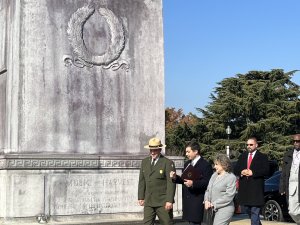 Buttigieg and Interior Secretary Deb Haaland on Wednesday signed a symbolic agreement detailing a plan for the two departments to work together to increase access to national parks and other federal lands.

Standing against a backdrop of red, orange and yellow leaves across from Lincoln Memorial, the secretaries spoke about their commitment to help underserved communities.

“Not every family can afford to take a vacation to a national park and not all parks are fully accessible to people with disabilities,” said Haaland. “We don’t want there to be any barriers.”

The agreement comes after President Joe Biden signed into law on Monday a $1 trillion infrastructure deal that includes a five-year reauthorization of the Federal Transportation Program, which provides dollars for repairing National Park Service roads, bridges, trails and transit systems, according to the Transportation Department.

“We’ve got to prepare for the decades ahead,” said Buttigieg.

The infrastructure law also will provide for thousands of zero emission school buses and a national network of electric vehicle chargers, primarily in rural and tribal areas that can be spread out, he said.

Native Americans are two to three times more likely to die in car crashes than any other ethnic group and have the highest per capita rate of total traffic deaths, according to an Interior Department press release. 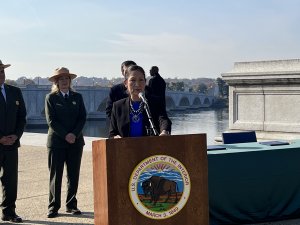 “When we talk about a plan around access, we must do so with an eye toward equity,” said Haaland.

The FHA is conducting a study to analyze planning issues in order to improve the Tribal Transportation Program, which was allocated $3 billion in federal funds as part of the infrastructure deal.

“When we talk about a plan around access, we must do so with an eye toward equity,” said Haaland.