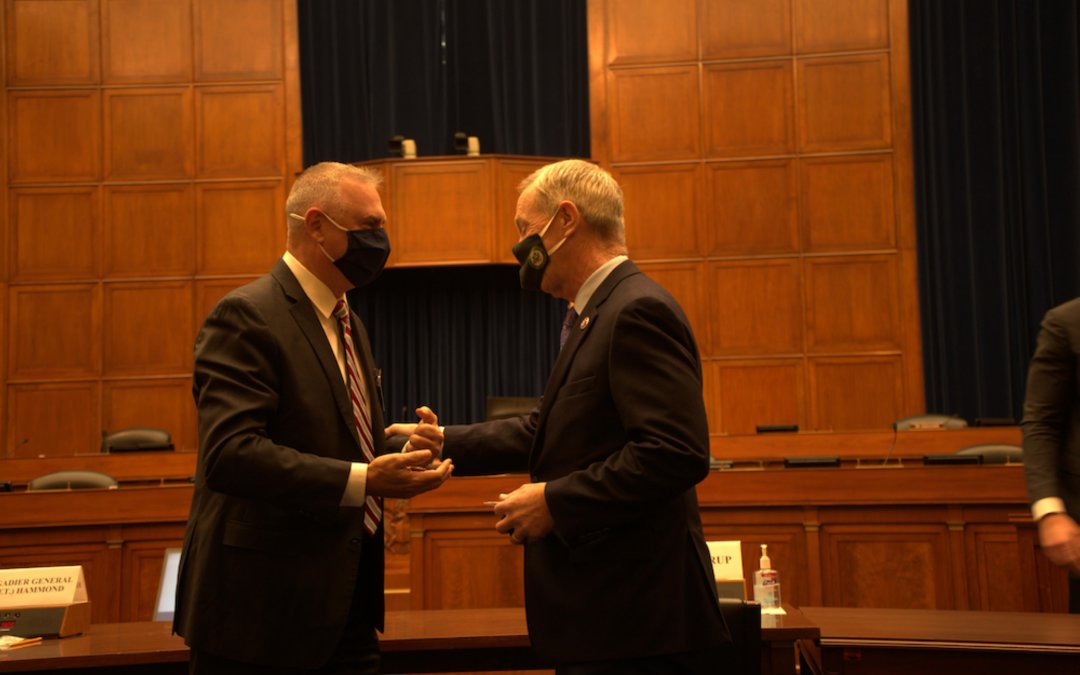 WASHINGTON — When Marine Sgt. Christopher McDonald was injured, he was prescribed opioids but when he had mental health issues, he was not treated, said his friend, retired Staff Sgt. Johnny Jones, at a House oversight subcommittee hearing Wednesday. McDonald died by suicide in 2012.

“Chris was four years removed from a combat deployment, where he suffered both physical and mental injuries. He was prescribed … hydrocodone for a hip injury he suffered in Iraq in 2008, but received no treatment for his mental trauma,” said Jones, who served in Iraq and Afghanistan. Wednesday’s National Security Subcommittee of the House Oversight and Reform Committee hearing was to address military and veteran suicide prevention and how to support military families after the loss of a loved one.

According to the National Veteran Suicide Prevention Annual Report in 2021, on average more than 6,300 veterans have died by suicide every year from 2001 to 2019. The report also says veterans aged 55 to 74, the largest population group, made up 38.6 percent of veteran suicide deaths in 2019.

Jones said McDonald became addicted to opioids in the months before his suicide and later asked for help from his family and friends. Jones said the Department of Veterans Affairs did not offer significant help because McDonald’s case was not severe enough for inpatient rehabilitation.

“Ultimately, he decided taking his own life was the only way to ensure he no longer hurt or let down those he loved,” Jones said. “We can’t stand by and allow those who serve to think this is the only option.”

Subcommittee Chairman Rep. Stephen F. Lynch, D-Mass., said the VA has employed evidence-based clinical intervention strategies to prevent suicides and has encouraged partnerships with mental health organizations, while the Department of Defense has designed programs to better identify suicide warning signs on social media and has promoted the safe handling of firearms and other lethal means.

The White House released a fact sheet on Nov. 2 that lists strategies to reduce military and veteran suicide, which include educating veterans and their families on reducing access to lethal weapons or drugs, improving access to effective care, addressing risk factors that might lead to suicide and sharing data.

“The strategy outlines a government-wide, cross-section, and data-based approach to addressing the public health and national security crisis,” Lynch said.

Jones, who is on the board of veterans’ advocacy group Boot Campaign, said the DoD should improve its transition processes for service members who are leaving. He noted a civilian receives up to a year of training to become a service member, but the transition back into civilian life could take less than two weeks.

Retired Brig. Gen. Jack Hammond, who served in the Army for more than 30 years and led combat missions in Iraq and Afghanistan, recommended that Congress engage private hospital systems and academic medical centers and that the Pentagon “take a more aggressive approach towards suicide prevention in a proactive manner.”

Alyssa M. Hundrup, director of health care at the Government Accountability Office, said the DoD has implemented several initiatives in training and education to reduce suicide risk in the military. In 2020, the Defense Suicide Prevention Office published a framework to assess these efforts but did not tell the DoD the effectiveness of its initiatives.

“Given unique risk factors the military population faces such as higher likelihood of experiencing trauma, it is imperative that DoD also ensures that each of its individual efforts are fully assessed to understand how well they are working,” Hundrup said.

Oversight Committee Chairwoman Rep. Carolyn B. Maloney, D-N.Y., said her brother took his life after serving in the Vietnam War.

“I applaud President [Joe] Biden for taking key steps to address this tragedy. … This plan adopts a whole-of-government approach to addressing the public health and risk factors that contribute to suicide,” Maloney said. “… But it must be implemented in coordination with nongovernment veteran and community organizations.”