America and its foes remain in the way of a landmine-free future, new report shows 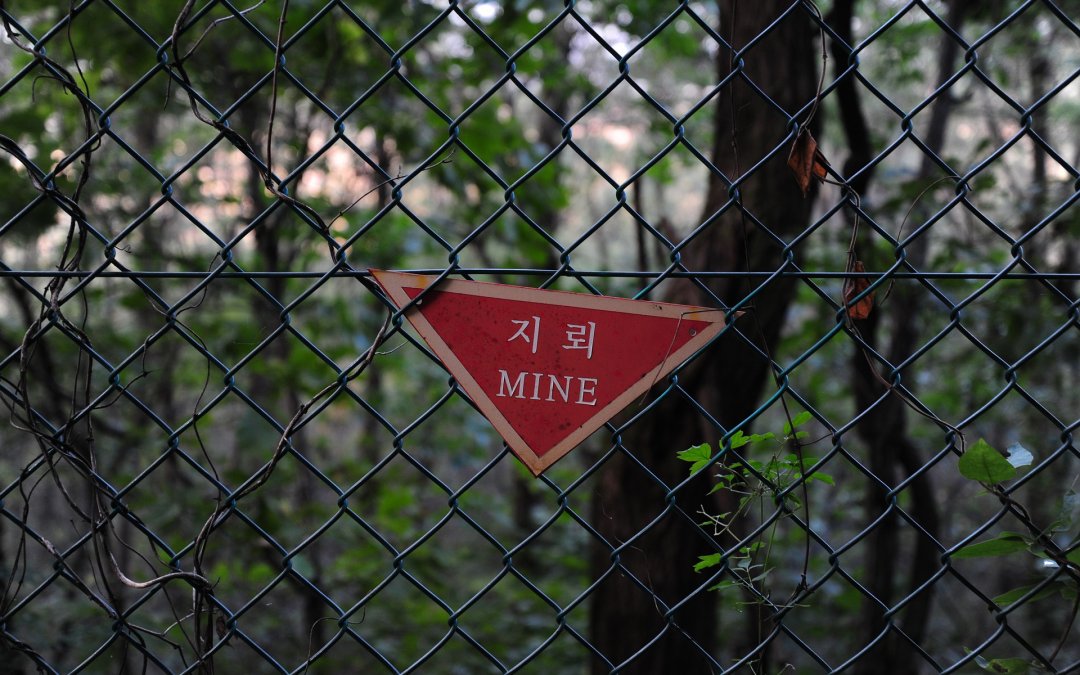 A landmine warning sign in Korean and English hangs on a fence. (cskkkk/Pixabay)

WASHINGTON —Around 135,500 landmines were destroyed in 2020 but the U.S. and some if its main adversaries continue to stockpile the weapons, according to the Landmine Monitor report released Wednesday.

The International Campaign to Ban Land Mines, which has been issuing the report  annually since 1999,  pointed to the rising numbers of overwhelmingly civilian casualties from landmines and again urged all countries to adopt the 1997 Mine Ban Treaty. So far, 164 have done so; the U.S. is not among them.

The Landmine Monitor was able to confirm 7,073 casualties due to landmines and other explosive leftovers of war, up significantly from the lowest point in 2013 of just under 3,500. The overwhelming majority of victims — 80% — were once again civilian and male (85%). Children made up about half of all civilian casualties. The report also said that 146 square kilometers of land had been cleared and 135,000 landmines destroyed in 2020, a slight decrease compared with 156 square kilometers in 2019. Croatia and Cambodia had cleared the most land. Both countries have significant numbers of landmines in the ground from wars in the latter parts of the 20th century.

The Mine Ban Treaty, also known as the Ottawa Treaty, prohibits the use, stockpiling, production and transfer of landmines and sets deadlines for the destruction of existing munitions. It is commonly seen as a prime example of international cooperation, with more than 80% of the world’s countries having signed on, and significant progress having been made in the two and a half decades since its 1997 conception. However, some of the countries most affected — because they use landmines or have lands contaminated with them — have not signed on. China, both Koreas, India, Pakistan, Iran and Russia are prominent among those that have not joined the treaty. In the Americas, the U.S. and Cuba are the only two governments that have not committed. All of these countries are also on the list of just 12 nations that still maintain the capacity to produce landmines. Neither the Pentagon nor the Cuban Embassy responded to a request for comment on Wednesday.

According to the report, the U.S. holds the fifth-largest stockpile of landmines in the world, at approximately 3 million.

The authors of the report criticized the U.S. for the Trump administration’s decisions to roll back President Barack Obama’s commitments to no longer procure any weapons prohibited under the Mine Ban Treaty, to phase out existing stockpiles and to reverse course on a policy that had limited the U.S. use of mines to the Korean peninsula. The Biden administration has said it would reverse the Trump decision, but has yet to do so.

“The Korean peninsula has been a sticking point for U.S. accession to the Mine Ban Treaty,” said Jeff Abramson, a senior fellow at the Arms Control Association. “But frankly, those are bad arguments,” because they are useless  in the modern context of Korea, which focuses on rockets and nuclear weapons. “A landmine has no impact on a missile coming to Seoul.”

Like in previous years, the Landmine Monitor showed the U.S. and its western allies as by far the largest funders for global demining efforts. Abrams said that it was “exceedingly frustrating” that this “severe disconnect” exists.

The report also heavily criticized Myanmar, whose military reportedly deployed landmines in civilian areas particularly in the north of the country in 2020, resulting in a number of deaths. It was the only nation that the report confirmed to have deployed new landmines in the past year, with all other new deployments being carried out by non-state groups such as the Afghani Taliban or Colombian criminal organizations. The Embassy of Myanmar did not respond to a request for comment Wednesday.

Abramson said the Biden administration could score points globally if it returned to the Obama-era commitments more in line with the Mine Ban Treaty and that the country ultimately should sign the pact.

“The treaty has been wildly successful,” he said, highlighting the significant progress it had made toward making the world landmine-free by 2025, and that all of America’s NATO allies had signed it. “The Biden administration could leave a very positive legacy.”