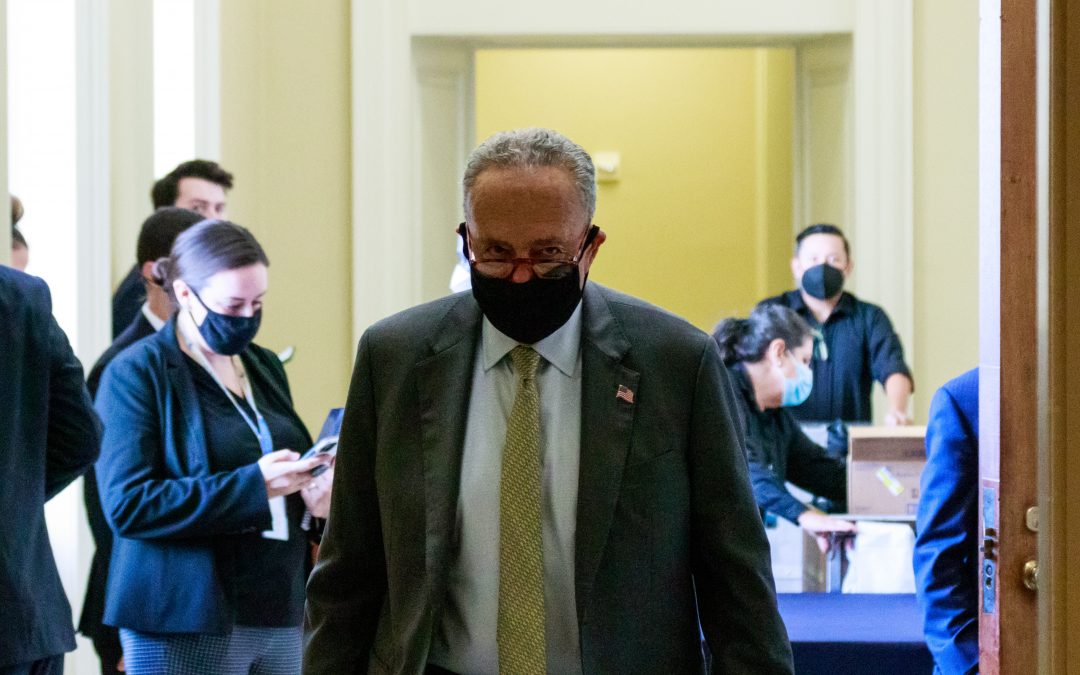 WASHINGTON — The Senate voted late Thursday to raise the public debt limit by $480 billion, punting the political fight over the debt ceiling into early December.

Although the bill itself passed on a 50-48 party-line vote, 11 Senate Republicans — a coalition mainly made up of party moderates and leadership — joined Democrats in voting down the filibuster and proceeding to the vote itself. Two Republicans, Sens. Marsha Blackburn and Richard Burr, did not participate in the final vote.

The legislation, which does little other than temporarily relieve market tensions around a nearing default, was made possible by a time limit agreement Thursday afternoon that condensed the time required between the two votes needed to pass a filibustered bill.

The deal, offered by Senate Minority Leader Mitch McConnell, enraged many in his party, who had for months promised that Democrats would receive no help in raising the debt ceiling.

“Here’s our problem as Republicans,” Sen. Lindsey Graham, R, S.C., said. “We said for two months we’re going to do one thing. At the end, we’ve done another.”

In the standoff between Senate Republicans helping to break the filibuster or Senate Democrats beginning the budget reconciliation process, it’s the GOP that “blinked.” That’s according to Sen. Ted Cruz, R-Texas, who less than an hour before the scheduled vote gave a speech criticizing the strategy of McConnell.

“We could have stayed united in making clear that the Democrats had every ability to do this on their own,” Cruz said. “But sometimes in a poker game, a bluff wins the pot.”

The discord among the party was quite unexpected, and, despite the passage of the short-term public debt increase, throughout Thursday there was no guarantee that 10 Republicans would join Democrats in breaking the filibuster.

Based on the reaction from many Senate Republicans to the maneuver from McConnell, it’s unlikely that there will be much bipartisanship moving forward.