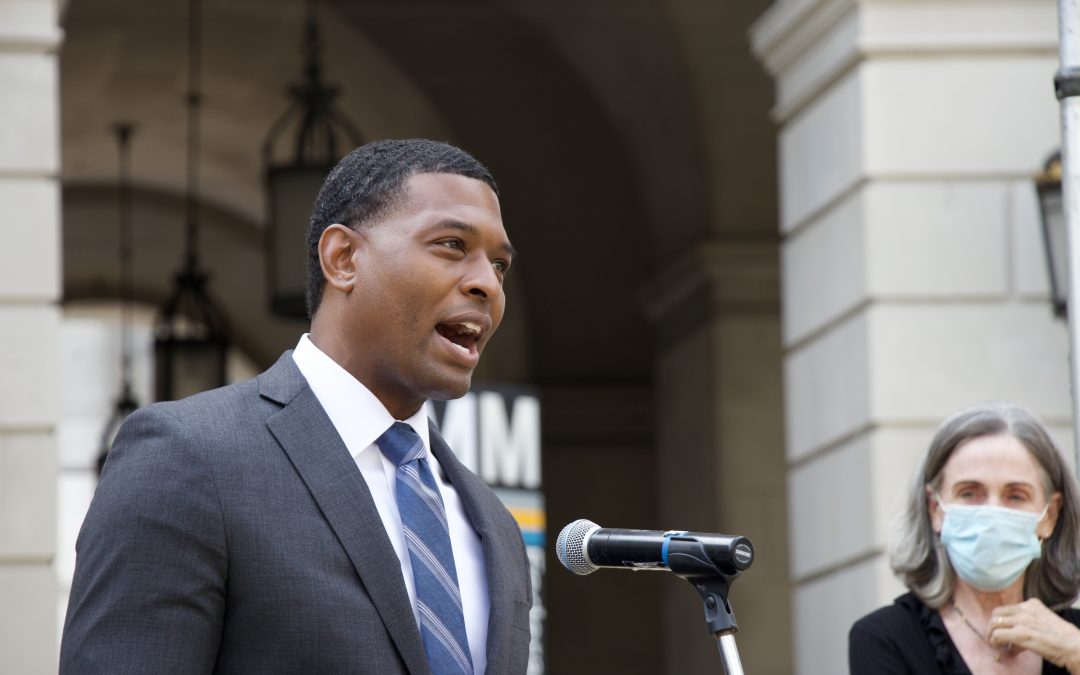 WASHINGTON — Environmental Protection Agency Administrator Michael Regan made a brief appearance Tuesday at a rally of environmental activists outside the agency’s headquarters who called for stronger vehicle emission standards, saying the administration is listening to their concerns.

“I greatly appreciate you all for being so focused on the planet,” Regan said. “Thank you for being engaged.”

“This is our lunch counter moment of the 21st century,” said Hip Hop Caucus President and CEO Rev. Lennox Yearwood Jr. “We’ve come so far.” Yearwood was referring to the 1960s sit-ins at department store lunch counters by Black protesters as part of the civil rights movement.

The EPA’s vehicle emissions proposal would restore regulations in line with policies established under former President Barack Obama, which were gutted by the Trump administration.

The standards would increase the year-to-year emissions improvement requirement from 1.5 percent to 10 percent for both passenger cars and light-duty vehicles produced in 2023, and 5 percent increases each subsequent year through 2026.

“We would like to see a shift towards zero emissions, and a shift towards electric vehicles,” said Lucia Valentine, a member of Moms Clean Air Force. “We’d like [the emissions standards] to be stronger, and that’s what we’re advocating for today.”

The executive order sets a goal for electric vehicles to compose 50 percent of all vehicle sales by 2030. Biden was joined by executives from Ford Motor Company, General Motors and Stellantis as he signed the order, which relies on voluntary commitments from the vehicle manufacturers.

“I’m very encouraged with the administration’s swift action and now we want to be sure that they move forward with the strongest possible rules,” said Carol M. Browner, League of Conservation Voters Board Chair and former EPA administrator in the Clinton administration. “We have four years to make up. Those were a pretty complicated, difficult four years.”

The EPA’s recent emissions proposal has faced criticism from some environmental advocates for key provisions that expand vehicle manufacturers’ access to “off-cycle credits,” Daniel F. Becker, director of the Safe Climate Transport Campaign at the Center for Biological Diversity, said in a phone interview.

The off-cycle credit program was first created by the EPA to credit vehicle manufacturers’ use of fuel-efficient and emission-reducing technologies that could not be captured by the agency’s regulatory test procedure, according to the Environmental Defense Fund.

“The Biden proposal, at the behest of the auto companies, would see a 50 percent increase in the limit on how many of these off-cycle credits can be used,” said Becker.