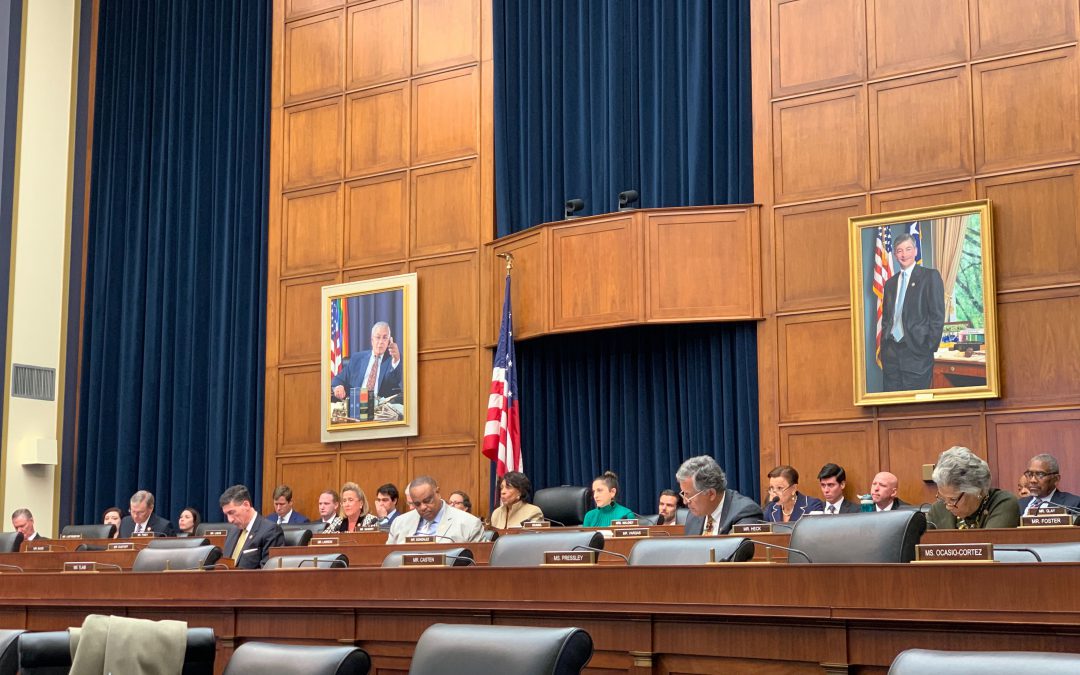 WASHINGTON – Both Democrats and Republicans vehemently criticized two former Wells Fargo board members Wednesday for not changing practices after repeated management failures that have led to consumer abuses and compliance breakdowns.

At a committee hearing, Chairwoman Rep. Maxine Waters said that “their resignations do not absolve them of their failures,” emphasizing that the committee intends to examine “misconduct and dereliction of duty.”

The committee’s report found that Duke and other board members “appeared reluctant” to engage in oversight with regulators. The report said Duke questioned why she was being included in letters from the Consumer Financial Protection Bureau requesting actions from the bank: “Why are you sending it to me?”

The report also said the board of directors allowed management to repeatedly submit unacceptable plans in response to consent orders from federal regulators.

“You two have been on the board throughout the entire germination of this shameful attack on the trust and confidence of the American people and your bank,” said Rep. David Scott, D-Ga. “You did not hold your management accountable.”

Both the Federal Reserve and a separate report released by the committee’s Republicans echoed findings that the board did not effectively oversee management.

“I have deep concerns about the responsiveness of the board,” said Rep. Patrick McHenry, R-N.C., the top Republican on the committee. “There are severe deficiencies in management practices that are unique to Wells Fargo and the board of directors.”

Both Duke and Quigley said they did their job as well as they could, using their “best judgment.”

“I did my very best,” Quigley said. “I could do nothing more.”

They emphasized that the bank’s new CEO, Charles Scharf, who testified in front of the committee Tuesday, will reform the culture at the company. However, Democrats expressed doubt that a change in culture will be enough, saying the bank may have become “too big to manage” and should be prosecuted for its actions.

Wells Fargo has had a troubled history of sales malpractices and fraud in the past decade: The bank created millions of false accounts in customers’ names and charging customers exorbitant mortgage fees. The bank then paid off fines to federal regulators. Last month, the bank agreed to pay $3 billion to settle criminal charges of consumer abuse for opening up fake accounts without consent.

Lawmakers from both parties said Wells Fargo should be prosecuted for the criminal activity.

Rep. Al Green, D-Texas, said the “arm of the law is not reaching Wells Fargo.”

“Wells Fargo cannot be too big to prosecute, too big to jail,” Green said. “We cannot allow $17,296,835,949 in penalties to become simply the culture of doing business. While these criminal activities were taking place, you were making billions. You sat on the board and you knew what was happened.”

According to Duke and Quigley, no one in the company has been prosecuted.

“If you believe this board could have done more to bring to justice those who perpetrated these criminal activities, raise your hand,” Green said to the pair

Neither raised a hand.