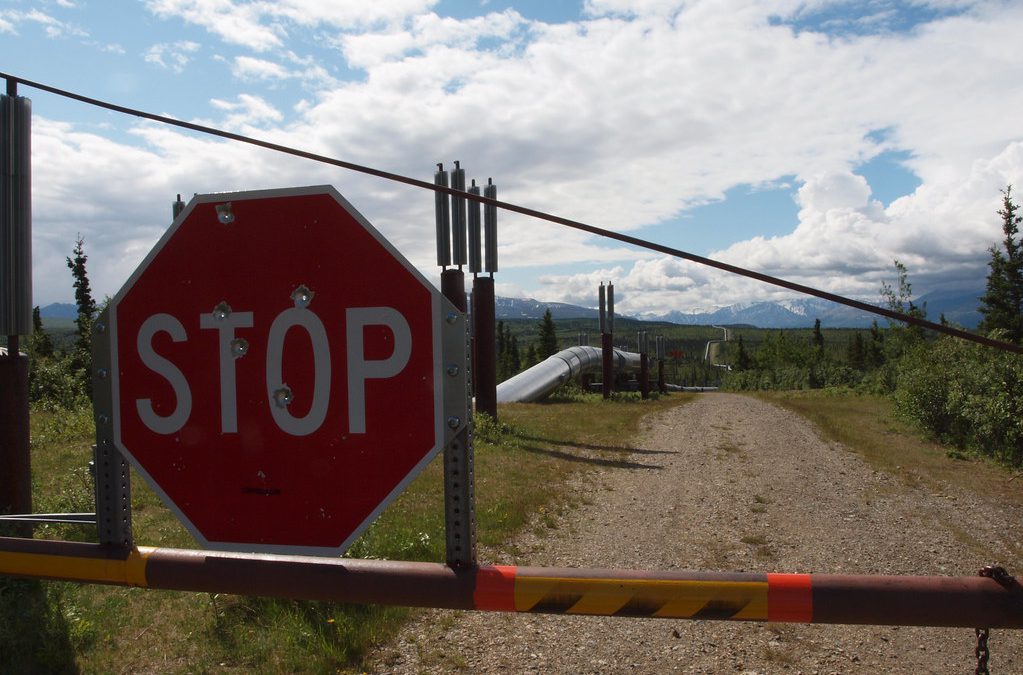 “We have to use all the forces we can [to increase oversight of federal agencies]— direct action, litigation, legislation, public education,” said Carlton E. Williams, former executive director of the Water Protector Legal Collective, an organization offering legal support to environmental activists.

An internal report from the DHS obtained by Property of the People, an organization dedicated to uncovering censored government documents, and published by The Guardian in January place two environmental activists alongside white supremacists in a list of “extremists” posing a threat to national security.

White supremacists listed in the document include James Fields, who ran over protesters with his car in Charlottesville, Virginia, and Dylann Roof, who killed nine people in a 2017 shooting targeting black churchgoers in Charleston, South Carolina.

The environmental activists were part of the group often referred to as the “Valve Turners” who in 2016 closed the valves on pipelines carrying oil to four states. The activists warned the energy companies before closing the valves and waited for their arrest at the site.

“The use of these kinds of labels is intended to demonize political movements and particularly when these law enforcement agencies have been repeatedly criticized both throughout history and recently in treating civil disobedience as terrorism,” said Michael German, a former FBI agent and fellow at the Brennan Center for Justice.

Federal agencies have been surveilling activists for decades. In the 1960s, the FBI monitored leaders of political movements, including Martin Luther King Jr. Congress later criticized the agency for “abridging First Amendment rights,” according to the FBI website.

In a document released in 2010, the FBI inspector general acknowledged that “in some cases, the FBI extended the duration of investigations involving advocacy groups or their members without sufficient basis.”

Documents obtained by civil rights groups Color of Change and the Center of Constitutional Rights showed that the FBI tracked the whereabouts of civil rights activists traveling to protest at a multinational agrochemical company in 2014.

DHS is responsible for monitoring a wide spectrum of national security threats, including threats to critical infrastructure. The Valve Turners’ protest posed a threat to national security because they disrupted an important pipeline, said Daryl Johnson, former senior analyst for domestic terrorism at the DHS.

DHS should have differentiated environmental activists from white supremacists and categorized them as a lower threat to national security, Johnson said.

“People that sabotage a pipeline— yeah, it’s a big deal to the company and yeah, it may disrupt the economy somewhat— but they’re not going to kill people,” said Johnson. “You need to prioritize the threat.”

Being listed as an “extremist” by a federal agency can mean an activist will face surveillance and also can deter supporters and funders who fear their activities are dangerous, said Basav Sen, a climate justice expert at the liberal think tank Institute for Policy Studies.

“Part of the intent of [monitoring activists] is to silence the leadership of these movements and therefore to incapacitate them,” said Sen.

But James Carafano, a national security expert at the conservative Heritage Foundation, said the Valve Turners qualify as extremists because terrorism is a threat against innocents for political purposes and the Valve Turners threatened the activity of an oil company for political motives. Their action should be considered extreme because it can foment more serious acts that can threaten national security, he said.

“Just because people do not intend to do incredibly violent acts or they don’t intend to hurt people [doesn’t mean they shouldn’t be categorized as extremists,]” said Carafano. “But if humans can be injured [because of that activity], then authorities have to take that seriously.”

Sen and Johnson said Congress should pass legislation to require more oversight of law enforcement and anti-terrorism agencies to require stricter oversight and tougher punishments for abusing the law in an attempt to crack down on civilian dissent.

Johnson also said that Americans can file Freedom of Information Act requests to access censored documents that might expose wrongdoings in law enforcement, which could lead to legal proceedings against federal agencies.