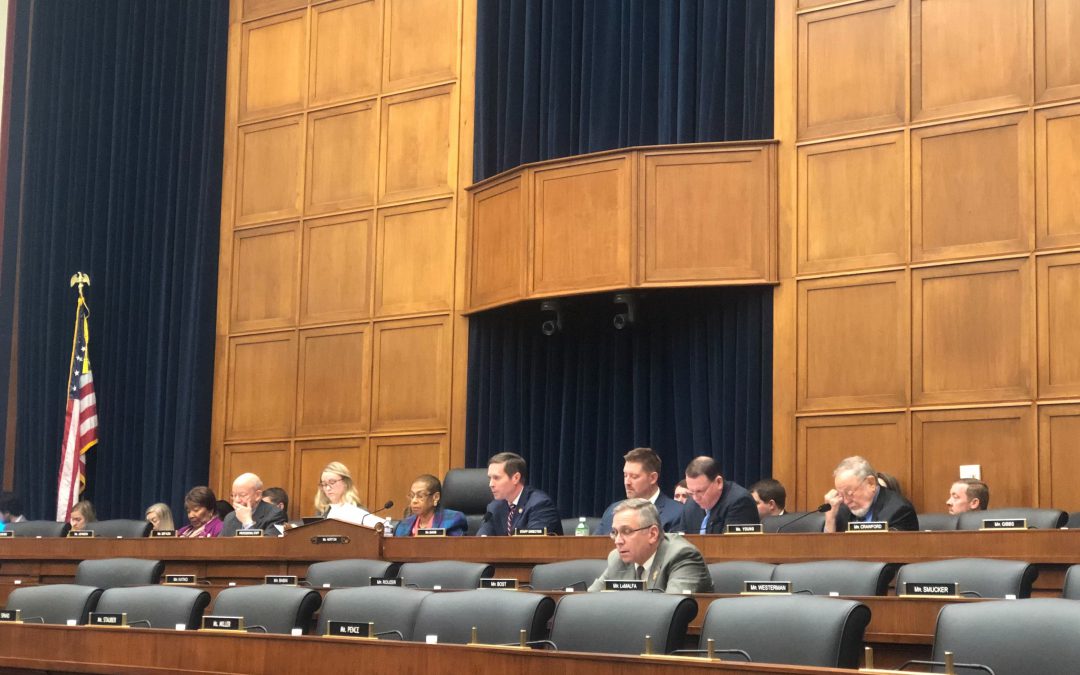 Members of the House Highway and Transit Subcommittee listen to testimony at a hearing on tribal transportation on Thursday. It was the first hearing on the subject since 2002. (Janea Wilson/MNS)

WASHINGTON — U.S. territories like the Virgin Islands are in need of more federal funding to improve infrastructure so they can withstand hurricanes or improve trade, the head of the Virgin Islands Public Works Department told a House hearing on Thursday.

Delegate Eleanor Holmes Norton, who is chair of the Highway and Transit Subcommittee, said the transportation needs of tribes, federally managed land and U.S. territories have been neglected.

The last time a hearing was held on the problem was 2002.

Nelson Petty Jr., commissioner of the Virgin Islands Department of Public Works, told the subcommittee that the infrastructure of the islands is advancing to accommodate trade throughout the Caribbean. Petty said it’s vital for infrastructure to be able to withstand this traffic as well as hurricanes.

U.S. funding is crucial for economic growth on the islands, but it has not significantly increased over the years, he said.

For transportation infrastructure to be properly built,Petty said, many factors, such as tourism and environmental changes have to be taken into account. Keeping up with these changes requires millions in funding that is not often granted.

“In Central Pennsylvania, a single forest service bridge is the only connector to a small subdivision and it’s in such disrepair that the community fire trucks cannot serve their homes,” French said.

French criticized the FAST Act, which provides funding for transportation infrastructure investments, because it has helped to reduce backlogged maintenance by only 3%. He said he has not seen the funding he expected from the program.

Joe Garcia, head councilman of the Ohkay Owingeh tribe, agreed that the FAST Act does not provide enough funding, especially for tribal communities.

Native tribes are falling behind the rest of the country economically because of the lack of investment in transportation infrastructure, he said. The tribes’ most traveled roads, he said, are also the ones in the worst condition and are often times unpaved.

Garcia called on the subcommittee to create a self-governance office for tribes in the Department of Transportation that would help to better allocate funds.