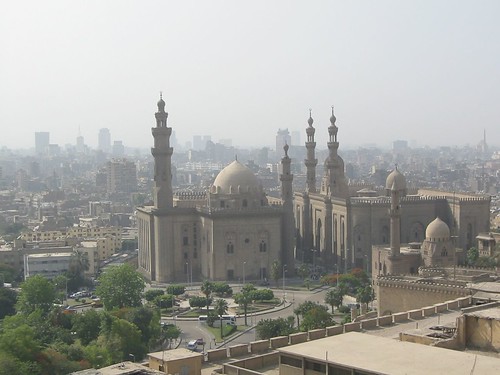 WASHINGTON— The Trump administration should impose sanctions on Egyptian officials to prevent the deaths of at least four American citizens detained in Egypt, said human rights activists and members of Congress. Mustafa Kassem, an American citizen, died in an Egyptian prison last month after being detained for seven years.

“If we don’t acknowledge … [the] dire prison conditions that affect thousands of Egyptians and the need to make better efforts for Americans imprisoned abroad, this will happen again,” said Praveen Madhiraju, a lawyer at Pretrial Rights International who represented Kassem.

Members of Congress on both sides of the aisle have called on the Trump administration to impose sanctions on Egyptian officials responsible for imprisoning Kassem. He was arrested during a military crackdown in 2013 and imprisoned. At one point he wrote to President Donald Trump asking for help. Leading up to his death, he was on a hunger strike.

“We have an obligation to defend Americans anywhere in the world,” said Rep. Peter King, R-N.Y., at an event honoring Kassem in January. “We have the absolute obligation to do what we can do to bring Americans home. [This is] especially true when the country [imprisoning American citizens] involves an ally.”

Some members of Congress have criticized Trump for being too lenient on Egypt’s human rights violations. The U.S. sent Egypt $1.4 billion in assistance in 2019, according to the Congressional Research Service.

“There has to be a consequence [for Kassem’s death]— a consequence that serves as a strong reminder that President (Abdel-Fattah El-)Sissi can no longer fight the rule of law with impunity,” said Sen. Patrick Leahy, D-Vt. “[American citizens detained in Egypt] should be released immediately.”

American Haled Hassan was detained by Egypt in January 2018 and accused of being a member of el-Sissi’s political opposition. Reem Desouky is an art teacher from Pennsylvania who was arrested at the Cairo airport when returning to the U.S. in July 2019. She was detained for criticizing el-Sissi on social media. Mohamed Hashem and Mohamed Amash are another two Americans detained in Egypt, although little is known about their arrests and current circumstances.

While some reports indicate that seven Americans are detained in Egypt, Human Rights Watch could only confirm four of them. It is hard for human rights organizations to confirm the identities of Egyptian-American detainees because they might be scared to reveal their dual nationalities, said Ahmed Benchemsi, communications and advocacy director at Human Rights Watch.

“There might be more American citizens in jail in Egypt but the reason that we don’t know about them is that they’re dual citizens and they are afraid to inform the authorities that they have other passports [other] than the Egyptian one,” said Benchemsi. “They believe they will be subjected to more harassment if they do.”

Medical neglect is one of the primary concerns for Americans detained in Egypt; the Egyptian government has repeatedly blocked the International Committee on the Red Cross from visiting prisoners. The U.S. should withhold security assistance to Egypt until the ICRS can routinely access American detainees, said Allison McManus, a fellow at the Tahrir Institute for Middle East Policy.

McManus also called for improved communication between the U.S. government and the families of Americans imprisoned in Egypt to help inform families about the status of American detainees and facilitate their release.

The Trump administration secured the release of Egyptian-American detainees in the past. In 2017, aid worker Aya Hijazi was released after Trump met with el-Sissi. Student Ahmed Etiwy was released in 2018 after Vice President Mike Pence pressured Egyptian officials. Still, the administration’s current efforts to release other American detainees in Egypt are insufficient, said Sen. Chris Murphy, D-Conn.

“When this administration allows for that kind of treatment to happen over and over and over again by our allies, it’s understandable why people like President (el-) Sissi perceive that there will be no consequences if they continue to take a harder and harder line on political dissent,” said Murphy.

Many administrations have failed to hold Egypt accountable for its human rights abuses because they are too distracted with other countries in the region, said Michele Dunne, director of the Middle East Program at the Carnegie Endowment for International Peace.

“People in the United States and in Europe just really aren’t aware of the magnitude of human rights abuses in Egypt,” said Dunne. “There is just so much else going on in the world and in the Middle East— it gets lost. This story gets lost.”