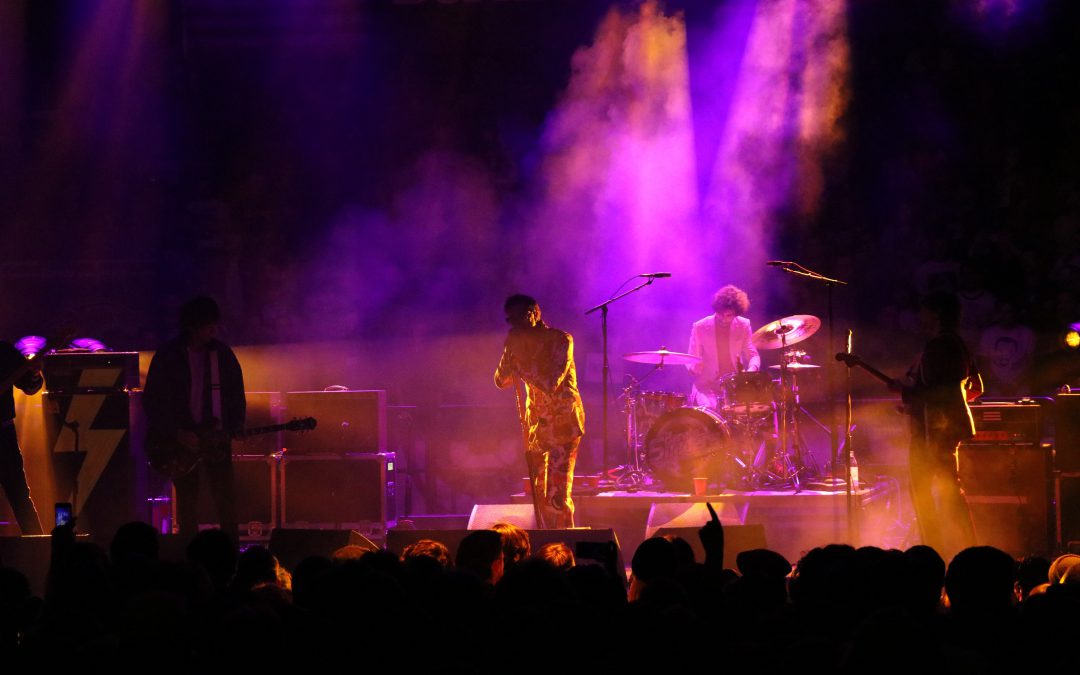 The Strokes at the Bernie Sanders concert rally. (Sneha Dey/MNS)

DURHAM, N.H. — On the eve of the New Hampshire primary, Sen. Bernie Sanders took the arena stage, his name emblazoned on a drum set behind him, a stark contrast to the setting of a traditional stump speech.

Thousands of millennial and Gen Z supporters showed up for the 78-year-old Vermont senator at his concert rally featuring rock bands The Strokes and Sunflower Bean.

The Whittemore Center Arena at the University of New Hampshire was jam-packed for the final N.H. rally Monday night. The venue largely emptied out after Sanders finished his stump speech and before The Strokes got to finish their set.

The Strokes, the iconic New York rock band best known for their early 2000s hits “Last Night” and “Reptilia,” played some of their most political songs for Sanders’ set, including “New York City Cops” and “Ize of the World.”

The Strokes used the rally as a platform to announce upcoming album “The New Abnormal” and a debut new song “Bad Decision,” which Casablanca said referred to 2016.

Dressed in a bold, pop art-inspired suit, Casablancas did not say much about the Vermont senator at the rally.

But in response to local police officers overseeing the event, at the end of the set, he played “New York City Cops” and invited the crowd to rush the stage, Casablancas’ most political act of the night.

“I’m here for Bernie. I would have been here no matter what. The fact that The Strokes are playing is an unbelievable act of God in the history of music and politics in this country,” said Fineberg. 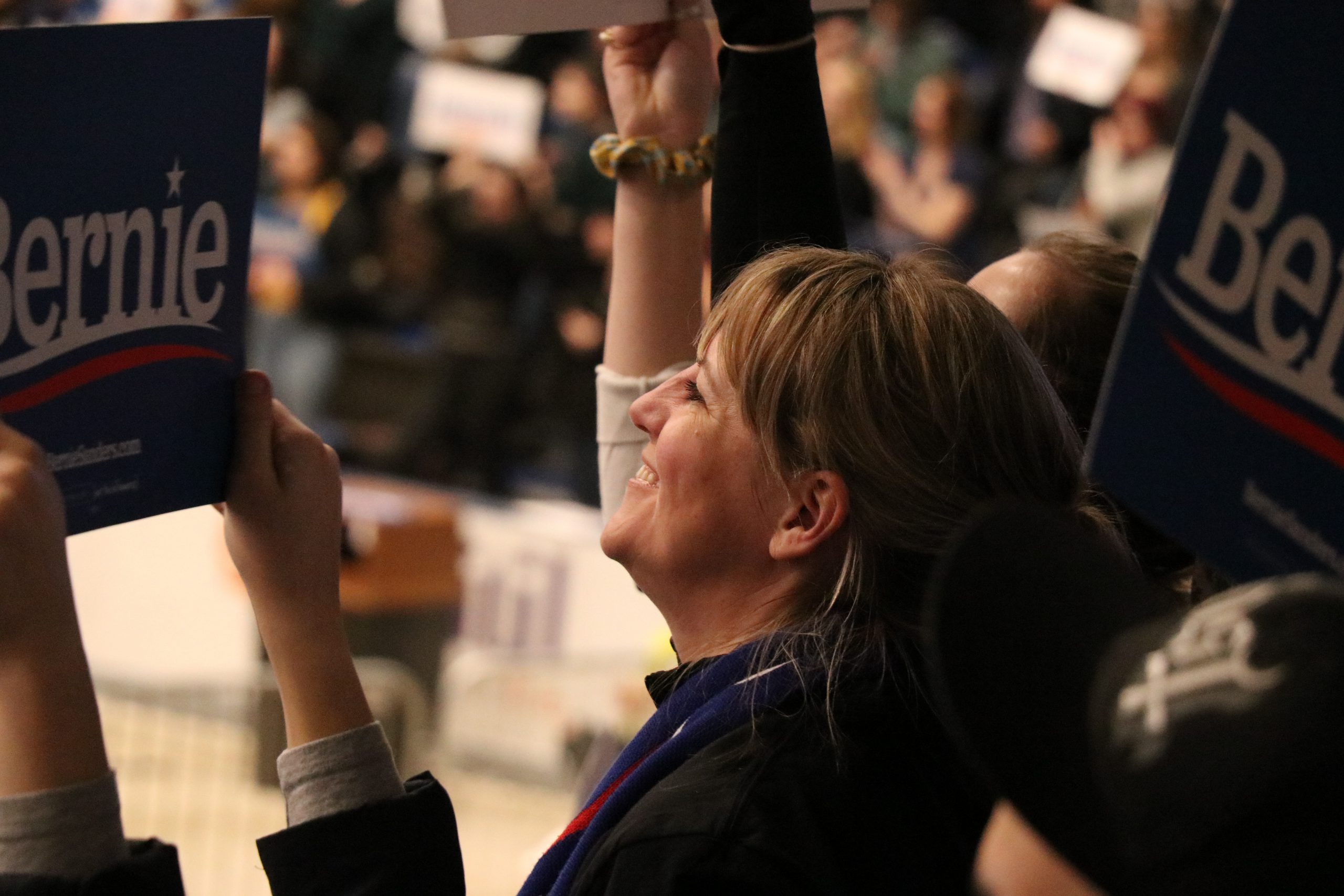 Sanders’ supporters skew younger compared to other candidates because of the senator’s idealistic platform, Fineberg said.

“It is hard to stand up and fight for someone you don’t know when it’s not the popular thing to do, and he has done it his whole damn life,” said Ocasio-Cortez.

Both women energized the crowd before Sanders spoke.

Candidates hold final rallies in New Hampshire before ballots are cast from Medill Washington on Vimeo.