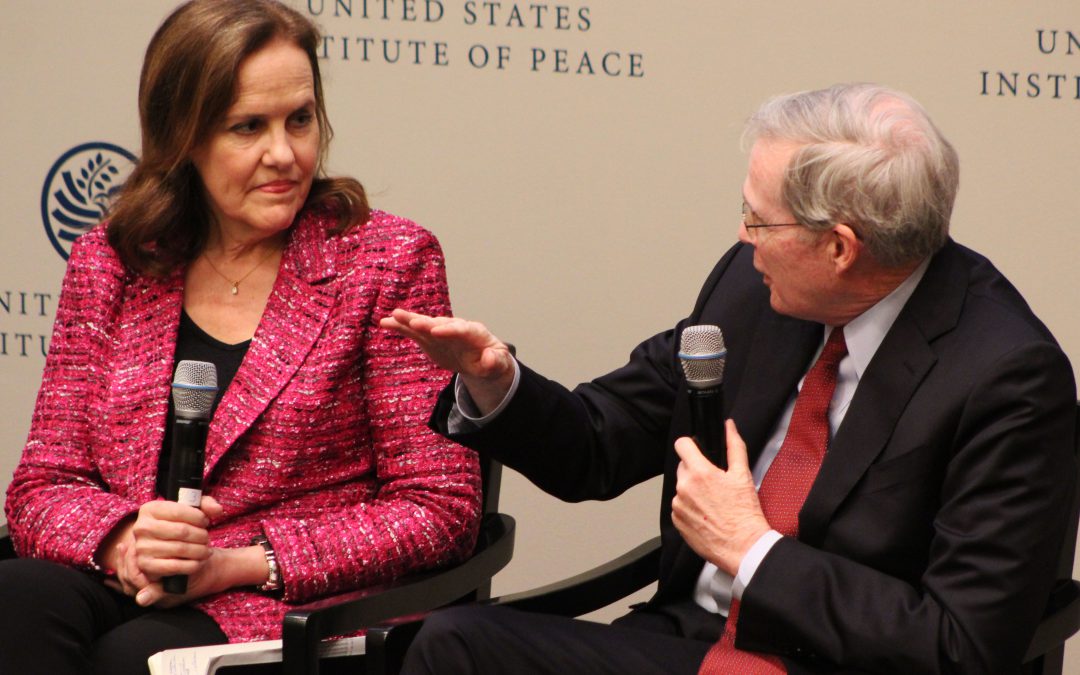 “AT THE END OF THE DAY, IT’S THE AFGHANS WHO ARE GOING TO HAVE TO MAKE PEACE IN AFGHANISTAN, WE CAN’T MAKE IT FOR THEM,” SAYS FORMER NATIONAL SECURITY ADVISER STEPHEN HADLEY (ANGELINA CAMPANILE/MNS).

“We believe we are close to executing a period of a significant and lasting reduction in violence,” said former U.S. Ambassador to South Sudan Molly Phee.

The new agreement followed an attack that killed two American soldiers by an Afghan national on Feb. 8. The insider attack displays a constant threat to American servicemen coming not only from the Taliban.

Trump has repeatedly admitted his desire to withdraw troops. Now, he says, this will be dependent on the Taliban to uphold their promise to reduce violence. U.S. officials hope that once American troops leave Afghanistan the Taliban will sit down with the Afghan government to develop a final peace plan.