Pompeo testifies on the assassination of Soleimani and the coronavirus 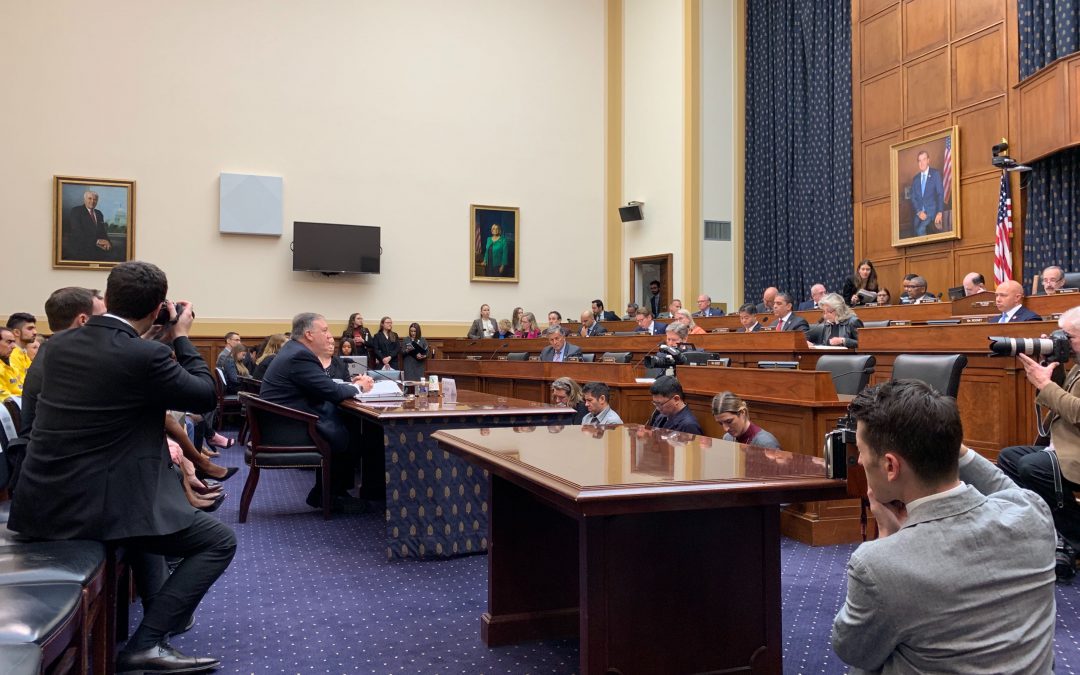 WASHINGTON– Secretary of State Mike Pompeo clashed with members of the House Committee of Foreign Affairs on Friday over the reasons given for killing Iranian Gen. Qasem Soleimani and President Donald Trump’s handling of the spread of the coronavirus.

After delaying his testimony for over two months, Pompeo appeared before Congress to address the Trump administration’s use of force in Iran and Iraq. Democrats peppered him with barbed questions.

“Removing Soleimani from the battlefield was a de-escalatory measure. His death reduced risk to our personnel overseas,” said Pompeo.

Virginia Rep.Abigail Spanberger, a Democrat questioned the Trumps administration’s justification that killing Soleimani was necessary because he was about to order an attack on a U.S. embassy. Spanberger said that evidence of imminent danger was not given during a classified briefing to Congress and in a report provided by Trump to Congress.

Pompeo said that Iran could not have been surprised by Trump’s actions and that the U.S. made sure Iran understood what action would be taken if more Americans were killed.

The hearing had a rocky start as protesters, part of an anti-war group Code Pink, were removed from the hearing by Capitol police. Protesters wearing “peace with Iran” T-shirts held up signs that read, “No war, no sanctions on Iran” as Pompeo entered the room.

Throughout the hearing, lawmakers expressed their dissatisfaction with Pompeo’s delay in appearing before Congress.

“It shouldn’t have been this difficult to get you here… While we had to wait for you, the world does not wait for anyone. Now, we are facing another potential crisis — coronavirus,” said Committee Chairman Elliot Engel.

Democratic New York Rep. Gregory Meeks recalled Pompeo “thundering away” at former Secretary of State Hillary Clinton during an eleven-hour committee hearing on Benghazi when Republicans controlled the House and Pompeo was a Kansas congressman.

“But with you sir, we had to move heaven and earth to get you here today for just two hours,” said Meeks.

While the hearing centered around the Trump administration’s policies in Iran and Iraq, committee members also questioned Pompeo repeatedly on the administration’s response to the spread of coronavirus.

“We agreed that I would come here today to talk about Iran but the first question today is not about Iran,” said Pompeo, when asked by Democratic Rep. David Cicillline of Rhode Island about the U.S. response to the spread of coronavirus.

California Rep.Brad Sherman, also a Democrat, sarcastically asked, “Will you come here next week and explain our international efforts to deal with the coronavirus or will it take us two and a half months to have you back here?”

Pompeo responded that Congress was briefed over 70 times on Iran before the hearing Friday.

As new cases of the coronavirus are confirmed in the U.S. and as the stock market plummets over fears of the spread of coronavirus, Democratic New York Rep. Adriano Espaillat asked if the U.S. should divert funding for building a wall along the U.S.-Mexico border to combat coronavirus.