Democrats call for a change in measuring poverty, clashes with a Trump proposal 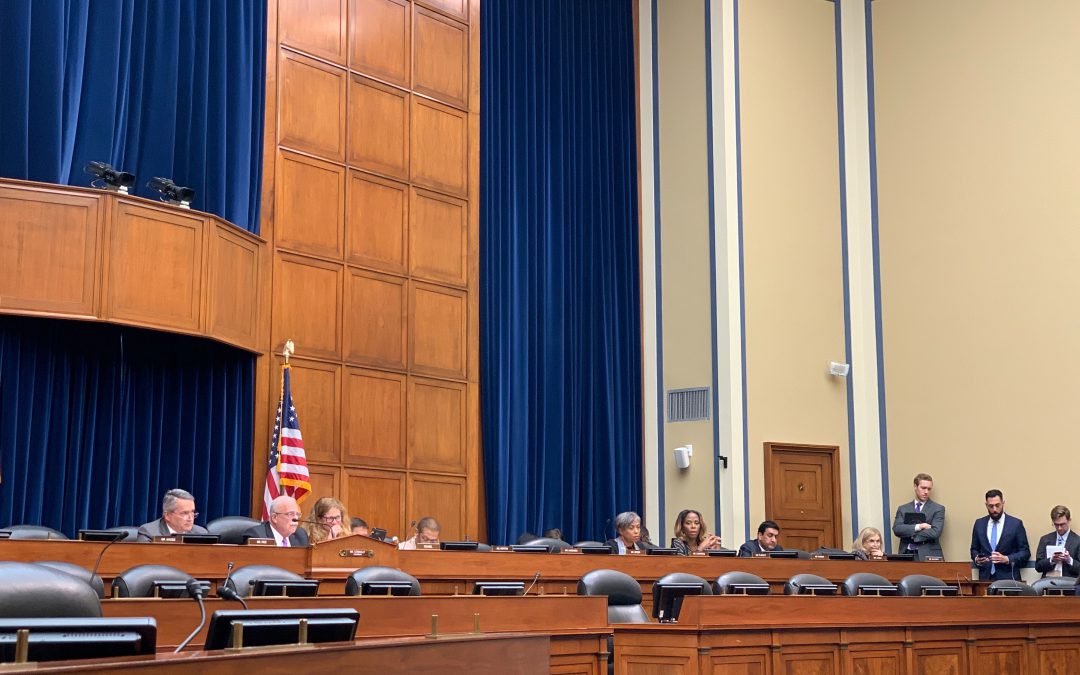 Democrats and advocates call for update to measuring the poverty threshold, objecting to the Trump administration’s proposal. (CASSIDY WANG/MNS)

WASHINGTON — Democrats on Wednesday criticized a Trump administration plan to change the measure for determining whether someone is poor, making it harder to qualify for public assistance progrms.

The House Oversight and Reform Committee hearing was held to assess the effects of the administration’s recent regulations on child poverty, housing, hunger and health.

The federal poverty line, which determines eligibility for government assistance programs, is based on how much Americans spent on groceries during the 1950s.

Rep. Alexandria Ocasio-Cortez, D-N.Y., a witness at the hearing, said the current poverty line needs to be updated because it has “simply been calculated by the price of minimum dietary requirements times three.”

In May, the Office of Management and Budget issued a proposal that would use a lower measure of inflation to calculate the poverty line. Under a lower inflation rate estimate, the poverty line would rise at a slower rate. As a result, fewer people would qualify for public assistance programs including the Supplemental Nutrition Assistance Program, commonly known as food stamps, and Medicaid.

In December, the Trump administration approved a rule that would cut off nearly 700,000 SNAP recipients from receiving assistance.

Analysis from the Center for Budget and Policy Priorities shows that the change could cause millions to either lose eligibility for or receive less help from the government assistance programs. Specifically, the think tank found that more than 300,000 children could lose comprehensive coverage through Medicaid and the Children’s Health Insurance Plan.

In November, Ocasio-Cortez introduced legislation to adjust the poverty line to reflect family status and geographic differences in the cost of goods and services. She said the legislation asks the federal government to “do a simple thing: measure the amount of poor people in the United States of America.”

“We do not do that,” Ocasio-Cortez said. “As a consequence, America is in a state of denial about the level of poverty in this country. As a consequence of that, we do not truly understand the actual status of where people are.”

In his State of the Union on Tuesday night, President Donald Trump asserted that “poverty is plummeting” under his administration. The president said more than “7 million Americans have come off of food stamps, and 10 million people have been lifted off of welfare.”

Ocasio-Cortez disputed his statement, saying the 7 million “were kicked off food stamps in this country. People are going hungry because we like to use the word ‘lift’ instead of the truth, which was ‘kicked.’”

Amy Jo Hutchison, a community organizer, told the committee that current poverty guidelines “are ridiculously out of touch.” She told the stories of a single mother with a low income who had encouraged her daughters to get jobs, but after claiming their income for her Department of Health and Human Services review, she lost her SNAP benefits and insurance. Unable to afford her health care, she “weaned herself off of her blood pressure meds” because she couldn’t afford them even while working two jobs.

“Eventually, the girls quit their jobs because their part-time fast food income was killing their mom,” Hutchison said.