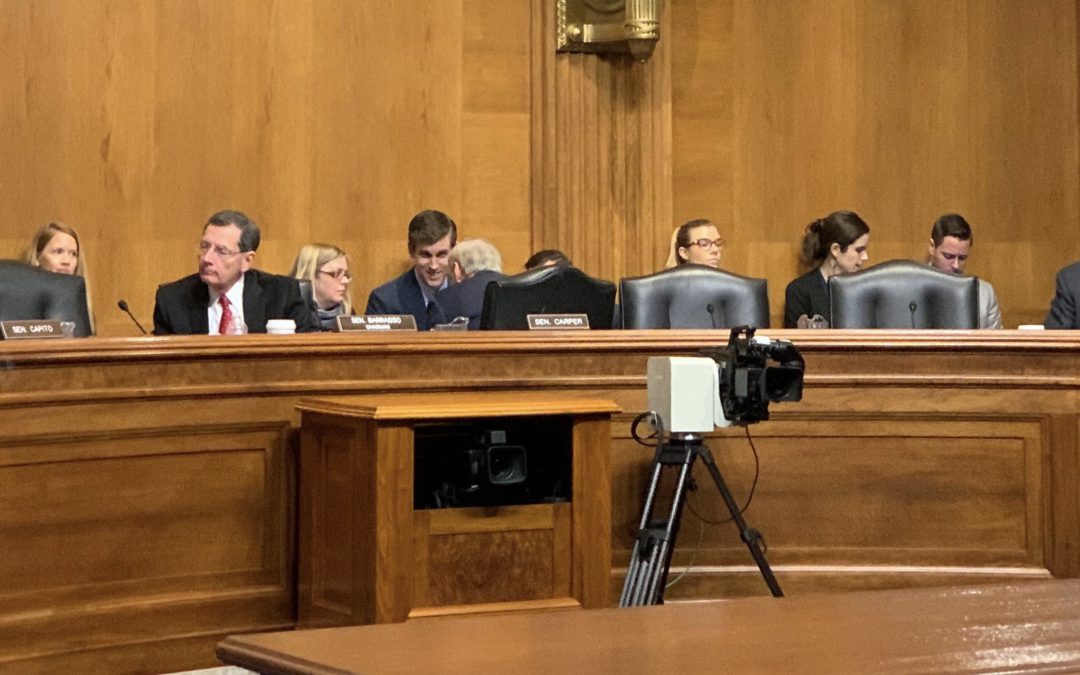 WASHINGTON — An Economic Development Administration official told a Senate committee on Wednesday that the opportunity zone tax break is a “powerful vehicle” for bringing economic growth to distressed communities. However, Democrats were skeptical that the tax break is generating investment in communities that need it.

In his testimony to the Environment and Public Works, John Fleming, assistant secretary of commerce for the Economic Development Administration, said one of the agency’s key areas of focus is opportunity zones, which was created in 2017 as part of President Donald Trump’s tax reform law.

Since fiscal 2018, the EDA has invested nearly $352 million on 262 projects in or near opportunity zones across the country, Fleming said.

But just last Thursday, the Treasury Department inspector general opened an investigation into potential abuses of the Trump tax break by billionaires, following reports by ProPublica and The New York Times. In October, three Democrats wrote to the inspector general requesting the probe.

The tax break has been reported to benefit billionaires with investments in areas that should not have qualified. In some cases, governors have granted the tax break to their political donors, themselves or family members, according to ProPublica.

“One of the things I’m disturbed about, unlike other tax credits and programs, is what is required by those that so-called qualify?” Tlaib said.

She asked whether investors are required to report the number of jobs and affordable housing units, and how much of the capital gained through the tax break will be reinvested back into the community.

Karen Chapple, a witness at the hearing and professor at the University of California, Berkeley, answered no to all of Tlaib’s questions.

Tlaib said two communities in her district have been designated as opportunity zones that do not qualify.

“They chose two census tracts which are the wealthiest in my district, wealthiest in the city of Detroit for opportunity zones for these tax giveaways,” Tlaib said.

Billionaire Dan Gilbert was able to get state and local officials to look the other way and “illegally” designate these census tracts that do not meet poverty guidelines, Tlaib said.

“They get it with no accountability,” Tlaib said.

Delaware Sen. Tom Carper, the top Democrat on the committee, asked how the EDA is ensuring that preference given to opportunity zones does not put other distressed communities at a greater disadvantage.

“Opportunity zones already have a leg up with private investors due to their generous tax preferences,” Carper said. “In some cases, impoverished areas that weren’t designated as opportunity zones are losing out because potential investors would rather invest in opportunity zones instead. I’m concerned about this practice… that it could inadvertently further disadvantage distressed communities who need EDA grants.”

Fleming said there are special criteria set forth in the statute, including that the poverty rate in the area has to be at least 20 percent. From that, the governors themselves select the census tracts, Fleming said.

“We try to be mindful of any potential for investment in areas that really don’t need our help,” he said. “We remember it’s still a competitive process and we’re going to go where the need is the greatest.”