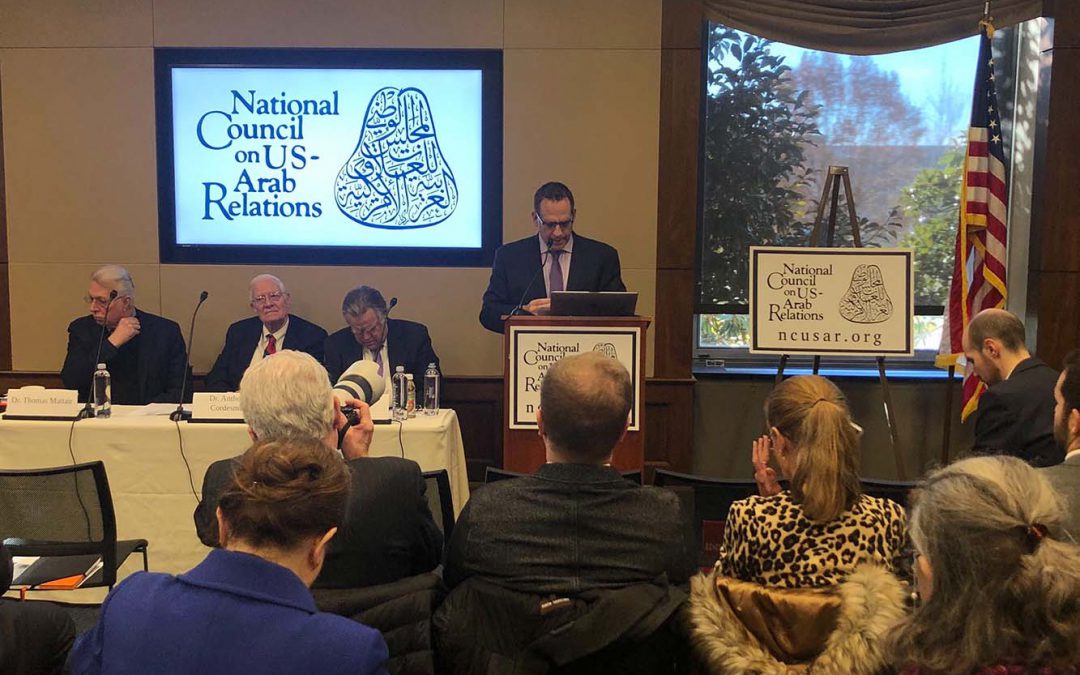 In 2018, the Department of Energy reported that 21% of all the world’s oil flowed through the Strait of Hormuz connecting the Persian Gulf with the Gulf of Oman and the Arabian Sea.

Anthony Cordesman, chair of strategy at the Center for Strategic and International Studies, said continuing U.S. presence in the Persian Gulf provides several strategic advantages by supplying more effective coordination and leadership to limit Iranian influence and maintaining the stable flow of oil to the global market.

A loss of U.S. bases and presence in the Gulf in conjunction with a major crisis in the region would raise U.S. prices that could damage the U.S. economy and affect U.S. employment and investment income, he said.

The House passed a resolution Thursday that prohibits the president from taking further military action against Iran without authorization from Congress.

Iran’s strike against the U.S. base was “asymmetric low-level warfare designed to send a message rather than cause damage,” said National Defense University Professor David Des Roches.

He explained that Iran continually chooses airstrikes, artillery raids and proxy attacks rather than assassination and bombing because it does not have the money or regime power necessary.

He explained that dominance requires manpower and resources, which are expensive.