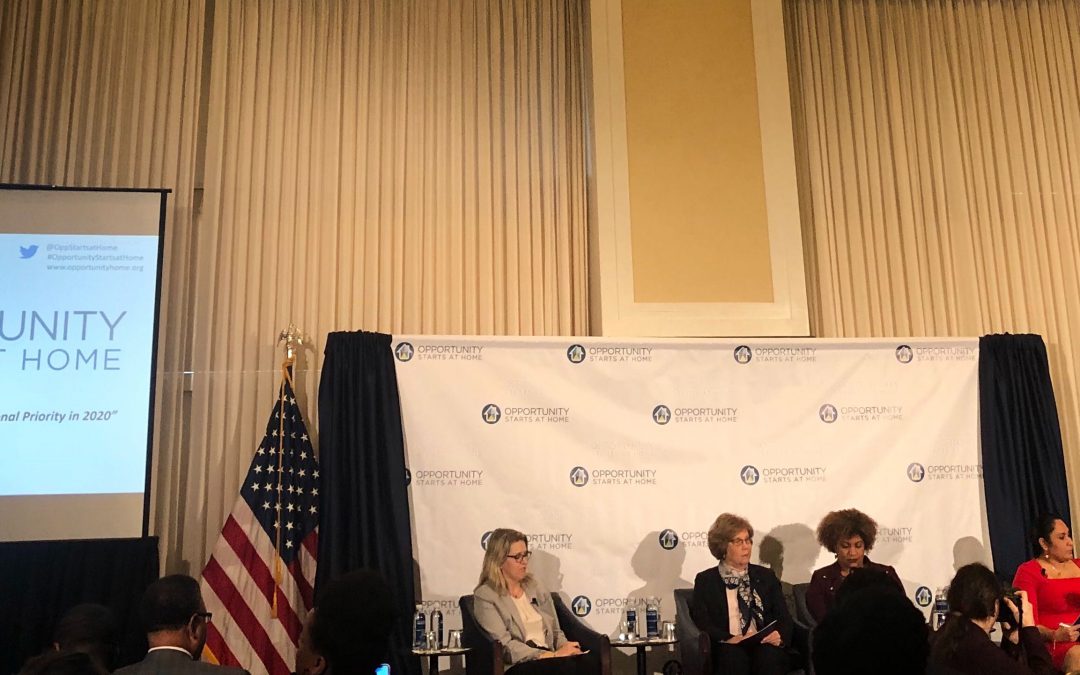 WASHINGTON — With the 2020 elections looming, politicians need to take into account a growing dissatisfaction among voters over the lack of stable and affordable housing, senior leaders with the National Low Income Housing Coalition said Thursday.

Speaking at the National Press Club, coalition officials said they had surveyed Americans in five cities – Boston, Baltimore, Philadelphia, Little Rock and Indianapolis – and heard frequent complaints about the escalating cost of housing leading Americans to scramble to find an affordable place to live.

According to the coalition, renters’ incomes have increased 5 percent since 1960, while rent costs have risen 61 percent. Only 25 percent of families in the United States in need of housing assistance are receiving it. The number of homeless people has skyrocketed.

In 2018, there were 17 million vacant housing units in the U.S. even as thousands of people were living on the streets, according to Fatima Goss Graves, CEO of the National Women’s Law Center.

Although the Trump administration has convened city leaders to talk about housing, President Donald Trump’s tweets have created a narrative that larger, more Democratic cities are to blame for the housing crisis, Irma Espara Diggs, director of federal advocacy at the National League of Cities, said.

“For each community, whether it be large, small, led by a Republican or Democrat or independent, this is not a blue city versus red city issue, this is an issue that affects everybody,” Diggs said.

She and other coalition leaders said federal housing funds may not be allocated in the best ways to address the problems, and more effort is needed. They support legislation that enables Americans to work in the communities where they live.

“Mayors and city council members are on the frontline every day dealing with this issue, and the reality is that even though housing may not have been a central part of their platform when they ran for office, they feel it is their responsibility to address it,” said Diggs.

“What our research says over and over is that a stable, decent affordable home is a prescription for good health,” said Sandel.