At nomination hearing, McPherson promises to address suicide in the military 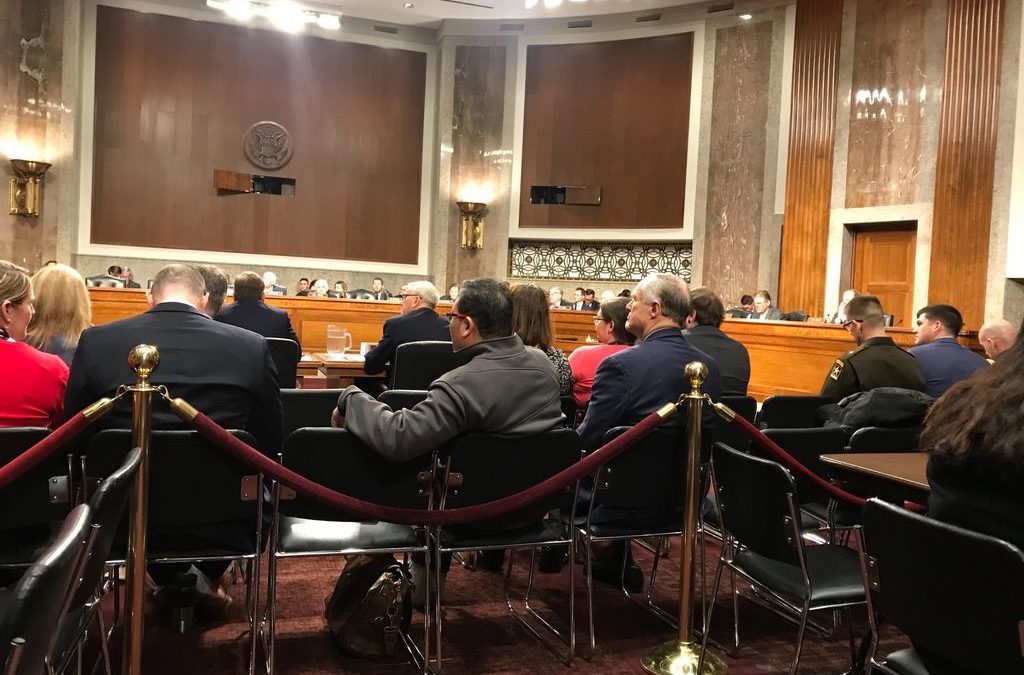 The Senate Armed Services Committee held a confirmation hearing for James E. McPherson, President Trump's nominee for under secretary of the Army on Thursday (Benjamin Rosenberg/MNS)

WASHINGTON — Military suicide rates have reached record highs in recent years, a problem that President Donald Trump’s nominee for under secretary of the Army said Thursday reducing the number of suicides would be one of his top priorities.

At his confirmation hearing before the Senate Armed Services Committee, James E. McPherson, general counsel of the Army, said the military has created many programs to reduce suicides, but more must be done.

“As the general counsel, I see every report of a soldier who takes his or her own life,” McPherson said. “Although we have numerous programs to address this problem, we must do more.”

McPherson, who has been the acting under secretary of the Army since July, was nominated for the permanent position in December.

Department of Defense officials said in September that 2018 was the year with the most suicides among active-duty U.S. military members since the statistic started being tracked in 2001, with 325 active military personnel taking their lives.

Sen. Angus King, an Independent from Maine, said the programs currently in place to prevent suicide “do not appear to be working,” noting the irony of people putting their lives on the line for their country and then taking their own lives.

“I would hope that you look at all the programs, all the facts, all the data,” King said. “This is a scourge on our military and it’s a tragedy for these individuals and their families.”