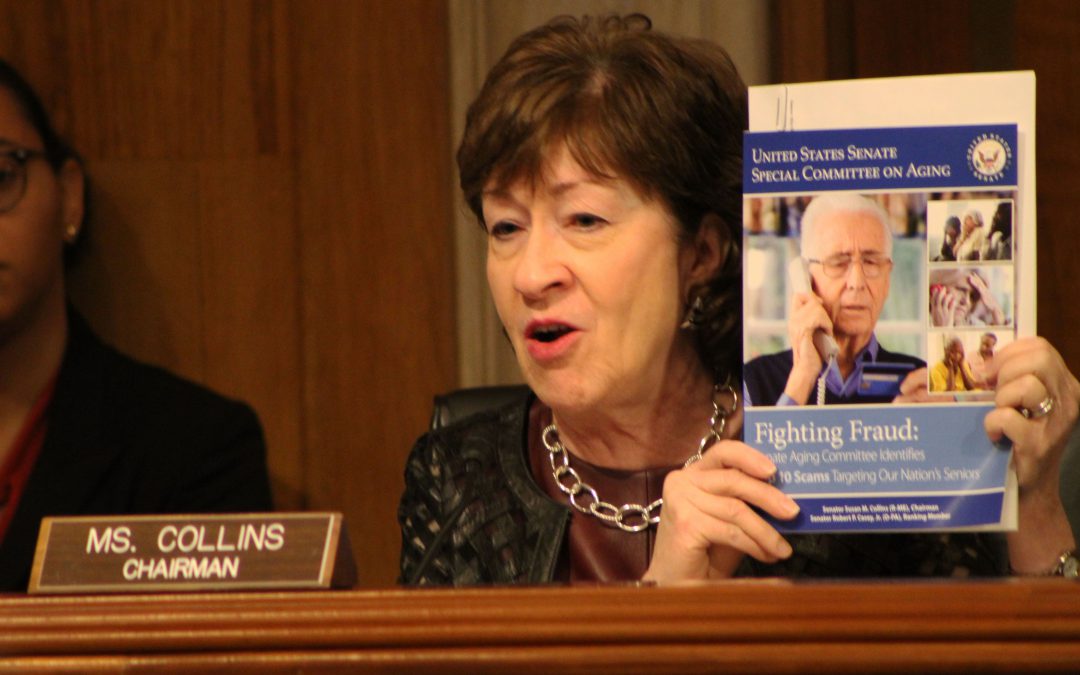 At the 25th hearing on the topic by the Special Senate Committee on Aging, the officials said Social Security impersonations have replaced the Internal Revenue Service scams as the number one reported scam in 2019 by the Federal Trade Commission.

The Social Security Administration’s inspector general reported these impersonations have resulted in $38 million in reported losses to Americans last year.

Machel Anderson is one of those victims.

Anderson said she was told her Social Security number was “compromised” and was being used by a powerful drug cartel. She told the committee the scammer said her family was in danger and the only way to keep them safe would be to transfer all of her money to a separate “safe” account. The scammer said she would be suspected of working with the cartel if she didn’t comply.

“I was devastated,” Anderson said.

“There is a special place in hell for those scamming our veterans and our seniors,” said committee member Sen. Martha McSally, R-Ariz.

McSally said she was infuriated to hear one of the companies, TollFreeDeals.com, is based in Arizona.

Congress enacted a law in December extending the Federal Communications Commission’s statute of limitations on robocall offenses, increasing potential fines for scammers and creating other actions to prevent scam calls from reaching the public.

“The best way for us to prevent this scam from ever again robbing seniors of their hard-earned savings is to prevent the scam from happening in the first place,” Collins said.

Scammers mask their caller ID, causing the phone to falsely display the Social Security Administration. Fraudsters scare victims by saying their Social Security Number has been suspended due to suspicious criminal activity and the only way to recover the number is to comply with the scammer’s directions. Fraudsters also call and pose as a family member in an emergency who needs money immediately.

“If the administration wishes to contact you, it will most likely mail you a letter with instructions and payment options,” Ennis said.

The inspector general said the Social Security Administration does not threaten someone with arrest unless they immediately pay a fine or fee nor require payment by retail gift cards, cash, wire transfer or prepaid debit card.

Saul emphasized the importance of publicity and education. In collaboration with the Ennis’ office, Saul has created hundreds of television and radio public service announcements, collaborated with major phone carriers to block millions of spoofed calls, displayed information on video monitors in thousands of stores and created an online scam form and hotline to report suspected fraudsters.

According to Ennis, the hotline received over 850,000 calls reporting Social Security fraud in FY 2019.

“We need all the help we can get,” Saul said. “It’s a continuing process and we’re in the initial phases of educating people.”