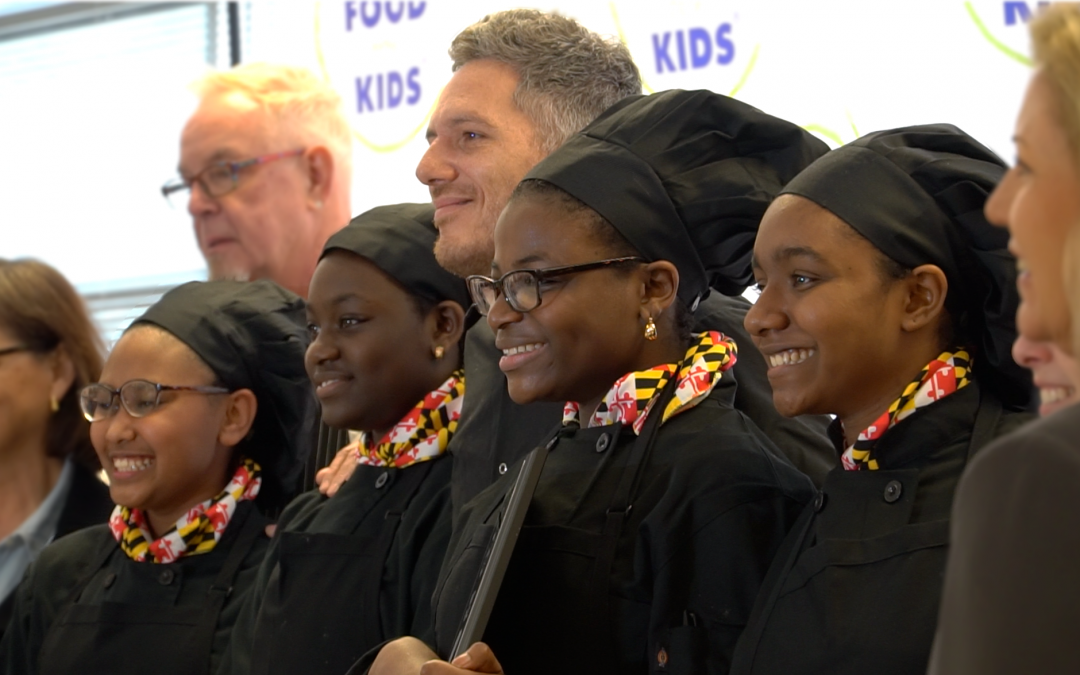 “There is no emotion for this,” said Lilian Kebede, a seventh-grader from the winning team. “I’m so happy right now, I can’t even describe it.”

The 21 participating teams were required to make a healthy, appetizing meal in line with USDA school lunch nutrition standards, budget allowances and ingredient counts — an effort to involve students in the meals they eat.

The Trump administration relaxed meal requirements in November 2017, following stricter Obama-era stipulations. The final rule, which went into effect in December 2018, allowed schools to serve low-fat milk and secure exemptions to standards on whole grains. A three-stage salt reduction under Obama was cut to two, with the initial 2022 deadline delayed to 2024.

As they have in the past, however, the regulations mandate that all schools accepting federal reimbursements on free or reduced-price meals for low-income students comply with USDA rules.

U.S. Secretary of Agriculture Sonny Perdue said in a statement that the move was meant to give schools more flexibility in their lunch programs and serve students food they would eat.

“It doesn’t do any good to serve nutritious meals if they wind up in the trash can,” he said.

But a Harvard study of plate waste data found that the old guidelines, implemented in 2012, hadn’t resulted in any increase in food waste. While there was a decrease in the amount of vegetables thrown away, the authors still noted high overall waste levels.

Real Food for Kids Executive Director Jenn Yates said the competition is one way to ensure kids’ satisfaction with their meals.

Though the organization began with a group of parents, she said, “quickly, there was a recognition that if we want to really get the ownership and buy-in of the students, who are the ultimate customer and the target of the school food programs, then we needed to give them a voice.”

Mary Porter, director of programs at Real Food for Kids, said that the relaxed USDA standards had no impact on the competition.

“While there has been that rollback … we’re going to continue to fight for those high standards because we have an obesity problem in this country,” she said.

To Porter, schools have the opportunity to instill healthy eating patterns early on.

“We have within our school systems a solution to a public health problem, and if we leverage it the right way with healthy and appealing foods that kids really want to eat, then we have a chance of attracting them and helping them build healthy habits and better choices,” she said.

School food programs are self-funded, based off proceeds from lunches that students buy or reimbursements from the federal government on behalf of low-income students.

“Any money that’s available for the school food service directors to be innovative, to come up with fresher options — that really has to come from students participating in the program,” Yates said.

Real Foods for Kids could very well increase community participation. More than 500 people attended this year’s competition, which featured more than 100 student participants and about 50 volunteers. It was the first time districts other than Fairfax County competed.

One of the four newcomers was Montgomery County, which includes Takoma Park Middle School’s winning team.

“Who better to create wonderful meals that could be served to their peers than students?” Porter asked. “We’ve had great success with our past winners and those going on the menu and selling out in record time because clearly it’s food that students want.”