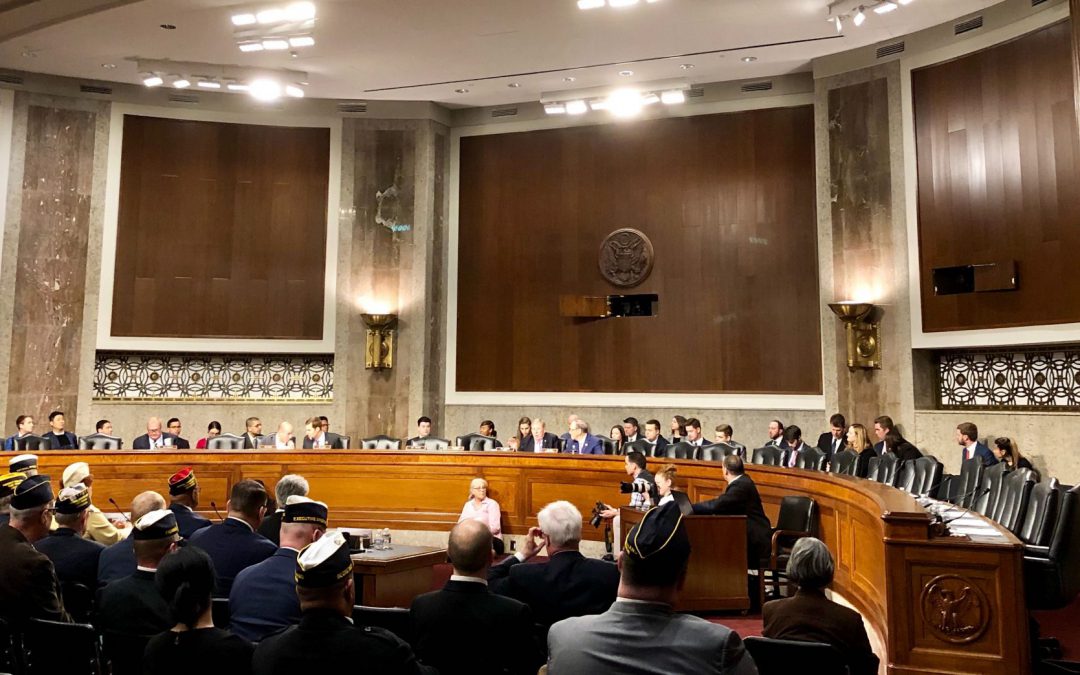 Veterans also said the Veterans Affairs Department needs to do more to help reduce suicides among veterans and improve care for those suffering from post-traumatic stress disorder.

“I speak on behalf of the 500,000 Purple Heart recipients in America that were wounded in combat defending this beautiful country,” said National Commander of the Military of Purple Heart Douglas Greenlaw. “Our bodies heal but our scars remain and our wars never end.”

Mental health care is a huge issue among women veterans, said National Association of the State Directors of Veterans Affairs chief Alfie Alvarado-Ramos. “There is a lot of pressure on women veterans,” she said.

A recent report by the Defense Department stated that sexual assault reports against members of the military increased by 10 percent from fiscal 2016 to fiscal 2017. Ramos believes military sexual trauma, along with other behavioral health issues, is likely the root cause of frequent problems plaguing women veterans such as homelessness, substance abuse and unemployment.

“Planning, renovating and staffing women’s clinics needs to be consistent across the country,” Alvarado-Ramos said. “Right now, it is not.”

Alvarado-Ramos hopes to establish suicide prevention outreach programs within states, especially in rural areas such as Alaska and among Native American minorities.

Recruiting and retaining VA medical staff has been a critical issue for the VA. “In broad strokes, the most commonly cited challenges to staffing fell into the following three categories: lack of qualified applicants, non-competitive salary, and high staff turnover,” stated a 2018 report by the agency’s inspector general.

Sen. Mark Tokano’s state of California has been dealing with a shortage in primary care doctors. “We still have 45 ,000 positions that remain unfilled; mainly at the Veterans Health Administration,” he said.

In lieu of an adequately staffed VA health care system, veterans are forced to seek other options, said Sen. Jon Tester, the top Democrat on the Senate VA committee. “If you don’t have doctors, you have privatized the VA.”