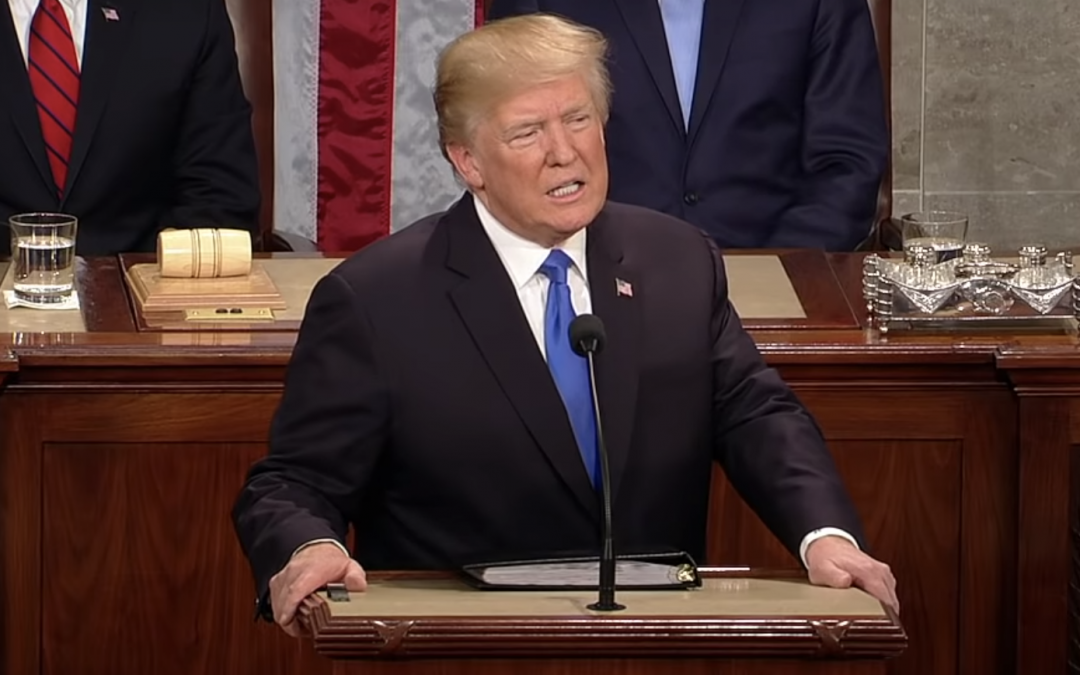 WASHINGTON— President Donald Trump’s budget proposal for 2020 to eliminate a program that offers government and nonprofit workers a way to have their federal education loan forgiven would make it harder for nonprofits and government agencies to attract employees, according to several nonprofits.

The Consumer Protection Bureau estimated in 2013 that a quarter of the United States’ labor force could be eligible for the program, called Public Service Loan Forgiveness. It was introduced in 2007 under President George W. Bush to encourage Americans to work in public service jobs at the federal, state, local or tribal levels, or work at a nonprofit.

“For those who want to make a career [in nonprofits],” she said, “It’s important that they don’t just say, ‘I’m going to work at [a nonprofit] for two or three years, but then I don’t have a choice but to go onto something else so I can pay back my loans.’”

“It allows those workers to come in and work for organizations that they care about… without having to worry about salary,” she said.

Carter herself is trying to obtain loan forgiveness through the program. She’s six years out of law school and four years into paying off her loans. She and her husband submit forms every year to verify that their employers qualify, and that their monthly loan payments will count toward eventual loan forgiveness.

“We’re very reliant on it. We plan out budgets around it. We’ve built our careers around it,” said Carter. “But… we’re aware that things can change.”

Lee Saunders, president of the American Federation of State, County and Municipal Employees, a government workers’ union, said in a statement that government employees should have access to benefits like loan forgiveness.

“[Our] members don’t get into public service to get rich or receive a handout, they do it because public service is a calling,” he said. “It is shameful that the administration’s budget would allow corporations and the wealthiest Americans to continue to avoid paying their fair share while slashing programs like the Public Service Loan Forgiveness that provide some relief to working people who make their communities safer, stronger and healthier every day.”

The Department of Education’s website on Federal Student Aid states: “We can’t make any guarantees about the future availability of [Public Service Loan Forgiveness]. The PSLF Program was created by Congress, and Congress could change or end [it].”

Because loan forgiveness applicants must have made 120 monthly loan payments, the earliest someone can apply for the program is in 10 years. The program was created in 2007, so the first cohort of borrowers became eligible in 2017.

Trump’s proposal would affect loans taken out for new degrees starting July 1, 2020, saving an estimated $53 million dollars by 2029. A Congressional Budget Office analysis reported in 2018 that cutting the program, which Trump also proposed last year, would save between $18 and $22 billion in a similar nine-year period.

Secretary of Education Betsy DeVos said in a March 11 statement that this year’s budget proposal “reaffirmed our commitment to spending taxpayer dollars wisely and efficiently by consolidating or eliminating duplicative and ineffective federal programs.”

But Congress must approve the plan, and it’s unlikely the Democratic-controlled House would approve such a cut.

“To be very, very clear, we don’t anticipate any elimination of Public Service Loan Forgiveness in the near future,” said Stephen Payne, assistant director of federal relations at the National Association of Student Financial Aid Administrators.

In addition to Trump’s proposal last year, congressional Republicans tried to end it when they introduced the PROSPER Act last year as a reauthorization of the Higher Education Act, though the bill didn’t pass.

“These are proposals… that we’ve seen from Congress, and Republicans in Congress in particular, in the past, and so we know there’s some interest in some of these eliminations,” said Payne.

Trump’s budget would place the loan forgiveness program on the chopping block to help finance a single income-driven repayment plan, which it terms a “generous pathway to debt relief.”

Payne said this consolidation of four plans into one was an “idea worth exploring.” Streamlining the number of options, he said, could help borrowers more easily understand them.

“[The program] is a societal statement that these public service fields are important and that students should consider them,” she said. “Providing this additional incentive helps raise the profile of career paths that may not be as noticeable otherwise.”