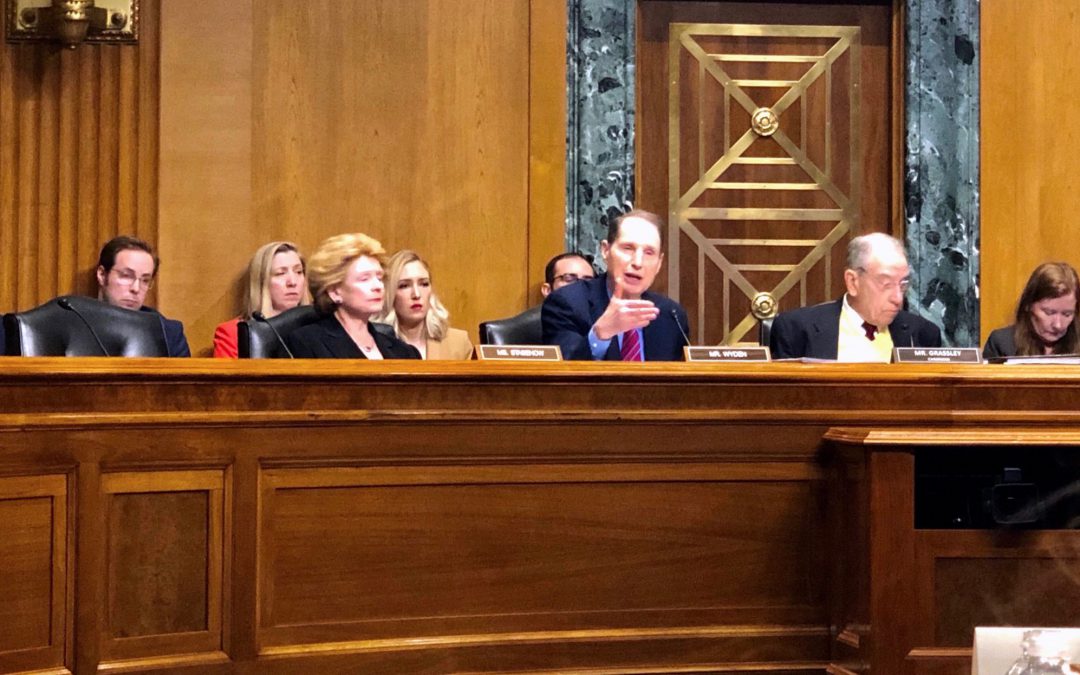 WASHINGTON — A health expert and the family members of elderly abuse victims told a Senate committee Wednesday that many nursing homes are unsafe and treat their patients abusively, including rape.

Seminole, Florida resident Maya Fischer told the Senate Finance Committee that her then 83-year-old mother, who suffered from Alzheimer’s disease, was raped by a nursing home caregiver who had been investigated multiple times in the past for sexually assaulting nursing home residents but kept his job.

“The dignity which she always displayed during her life, which had already been assaulted by her disease, was dealt a further devastating blow by her caregiver,” Fischer said.

Finance Committee senior Democrat Sen. Ron Wyden said the elderly in nursing homes are vulnerable and are “being exploited in unimaginably cruel ways in nursing homes that are unsafe, under-staffed and uninterested in providing even the most basic, humane level of care.”

Harvard Medical School Professor David Grabowski cited a 1974 Senate Special Committee on Aging report that found “lack of human dignity, lack of activities, untrained and inadequate numbers of staff, ineffective inspections and enforcement, profiteering, lack of control on drugs” and other forms of poor care in nursing homes. Grabowski said these are many of the same issues plaguing care facilities today.

“We have made important progress towards improving nursing home quality in the past few decades since the 1974 U.S. Senate report,” he said. “I would assert, however, that the nursing home sector is better but still not well.”

But American Health Care Association Senior Vice President of Quality and Regulatory Affairs David Gifford argued that while he was “appalled and disgusted” by the cases of abuse the victims’ family members described, those incidents are not representative of most caregivers. He argued that their stories don’t reflect the improving quality of care in nursing homes across the country.

“I’ve heard thousands of heart-warming accounts of how nursing home staff look after residents as if they were their own family members … Listening to media stories, one might think the quality of care in nursing homes is getting worse,” he said. “This is not true.”

The witnesses said there must be more thorough investigation of workers’ employment history and that more staff are needed to properly care for residents. A data analysis by Kaiser Health News found that nursing home employees fluctuate greatly day-to-day, sometimes with personnel caring for almost twice as many residents as they did when the highest number of staff were on duty. Staff shortages can lead to lack of thoroughness in checking workers’ employment records, leading to cases like Fischer’s.

Worker shortages can also lead to neglect, which is the most common type of nursing home abuse, according to the Nursing Home Abuse Center. In 2018, 95 percent of nursing home residents reported neglect of medical concerns, basic needs and personal hygiene or emotional needs.

Neglect and other forms of abuse can result in wounds, injuries, increased risk of new illnesses and higher levels of depression, according to the National Center on Elder Abuse. The NCEA also reports that elders who have been abused have a 300 percent higher risk of death than those who have not experienced abuse.

Patricia Blank of Shell Rock, Iowa told the committee that her mother’s death was the result of nursing home neglect. Blank said she and her family had believe her mother was getting good care in the nursing home for the 15 years she was there, but they learned that in the weeks before her mother’s death, she had barely eaten or drank any fluids and had been crying out in pain at night.

Fischer also said she felt her trust was betrayed. She learned of her mother’s rape the week of Christmas in 2014.

“Now and for the rest of my life, when I think of my mother at Christmas, I will think of that horrifying call,” she said. “The sense of helplessness I felt trying to comfort her while she had a rape kit performed on her will always remain with me.”