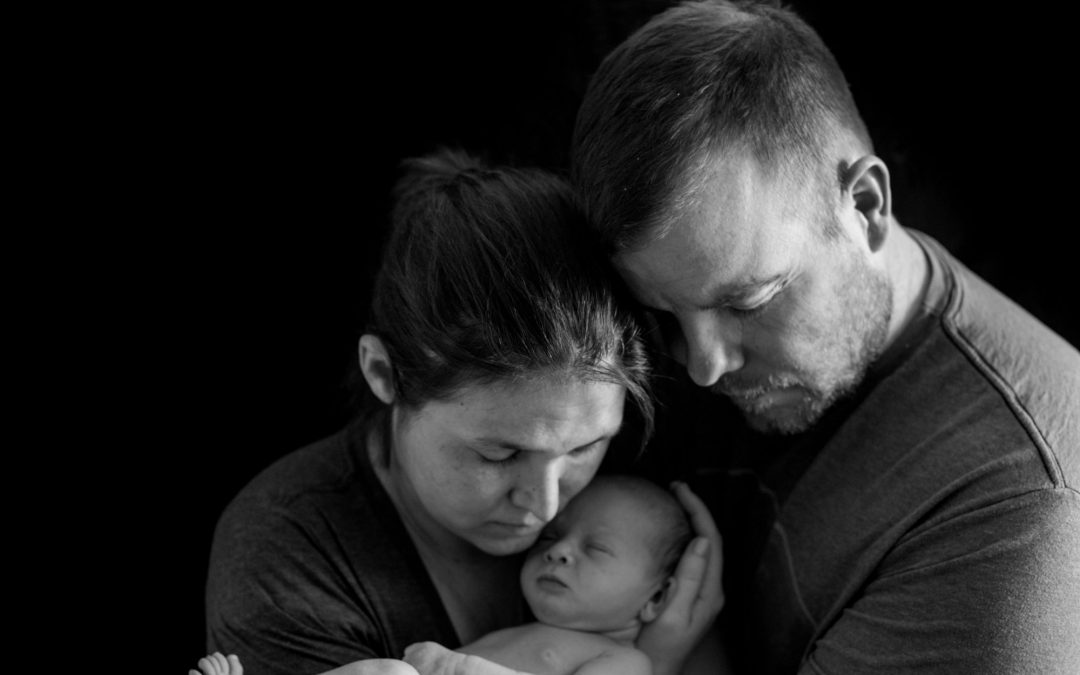 New mother Gail Sasse, who struggled with perinatal depression, has leaned on her husband for support. (Gail Sasse/Courtesy Photo)

WASHINGTON –– Gail Sasse gave birth to her son, Joey, in late February, but she didn’t feel close to the baby until recently. Joey spent the first days of his life in the NICU after he began experiencing tremors — a symptom of neonatal abstinence syndrome. He was no longer receiving the mood stabilizing medication he had grown accustomed to in the womb.

“They took him right away to the NICU. So I never really had that initial bonding experience with him because I was passing out from blood transfusions,” Sasse said. “Just in the past couple of days have I felt like he’s mine.”

She stopped taking her medication before she became pregnant because she was worried about how it would affect the baby. However, she said the change in hormones during pregnancy exacerbated her mood disorders. She found herself frequently tired and unable to function at her job in human resources at the University of the District of Columbia, where she was ultimately fired.

At that point, she went back on her medication, including depression medication Pristiq, a serotonin-norepinephrine reuptake inhibitor or SNRI, and lithium for bipolar disorder. The medications posed health risks to her baby, such as tremors from withdrawal and heart defects.

But her doctor did not properly adjust her dose for her pregnant body, which the National Institutes of Health says, on average, pumps 50 percent more blood than a non-pregnant woman. In December, Sasse was hospitalized at the psychiatric unit at Sibley Hospital for seven days.

According to Dr. Emma Basch, a psychotherapist specializing in women’s mental health, 15 to 20 percent of pregnant women struggle with perinatal depression.

She said perinatal mood disorders are often compounded by social expectations of pregnancy and early motherhood. “There is this shattered expectation of what is supposed to be a wonderful time of life. And it’s not for them, and that’s really heartbreaking,” she said.

Sasse continues to take antidepressants and find a community that can help her get through her mental health issues. She wants other women struggling with perinatal depression to know that they are not alone.

“What I would ultimately like to do is write a children’s book about the mother going to the hospital, getting stronger and getting better for her child,” Sasse said.