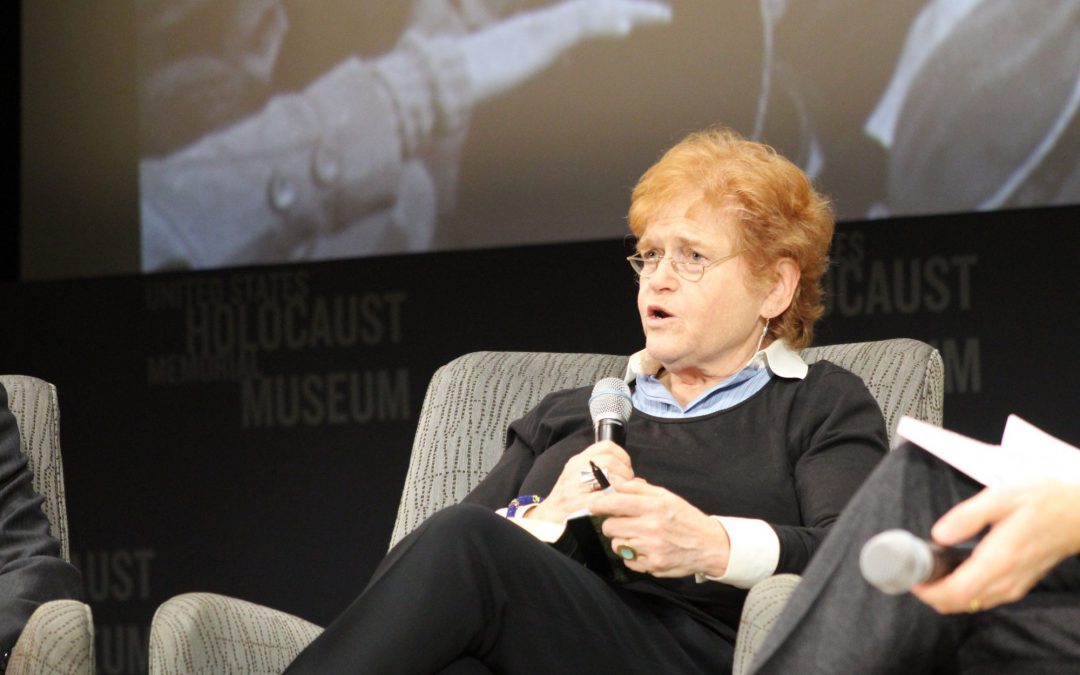 WASHINGTON – Anti-Jewish sentiment exists on both the right and left sides of the political spectrum, but many people only recognize it in their opponents, a leading Holocaust and Jewish history scholar said Thursday.

“A lot of progressives think the issue is Israel,” said Deborah E. Lipstadt, speaking at the U.S. Holocaust Memorial Museum Thursday. “They’ll say, ‘I’m not an anti-Semite, I’m only against Israel.’”

Lipstadt argued that while criticism of Israel isn’t the same as anti-Semitism, a singular focus on Jewish people as “the source of all evil in the world” is. She had previously identified three essential elements to antisemitism: finances, power and intellect.

“For some people, Israel becomes the screen behind which you can hide your anti-Semitism,” she said.

President Donald Trump last May made the controversial decision to move the American embassy in Israel from Tel Aviv to Jerusalem. An October 2018 survey found that 56 percent of American Jews disapproved of the action. The city is considered holy by Jews, Muslims and Christians, and considered contested territory.

Despite Trump’s support for Israel, Lipstadt said that he may have facilitated the spread of anti-Semitism.

She pointed to a 2015 incident in which Trump, then the leading Republican presidential candidate, told a crowd of mostly Jewish Republicans, “Look, I’m a negotiator like you folks; we’re negotiators… This room negotiates perhaps more than any room I’ve spoken to, maybe more.”

Lipstadt argued that while one could compare “attacks” on democratic institutions, judges, the Department of Justice and the press to Hitler’s Germany, these trends are worrisome “in and of [themselves], and not because [they] portend a Third Reich.”

“[Anti-Semitism] will be used by people who want to explain away the tension [in society], drive up the tension, enhance the tension,” said Lipstadt. “Here’s a good weapon.”

To combat anti-Jewish thoughts and stereotypes, she said Americans should learn to recognize, understand and respond to anti-Semitism.

“If you worry about the health of a democratic society, this is a sign of something terribly amiss,” said Lipstadt. “And it may start with the Jews, but it never ends with the Jews.”