Lawmakers Shy Away from Green New Deal, Carbon Emissions at Hearing on Climate Change and Infrastructure 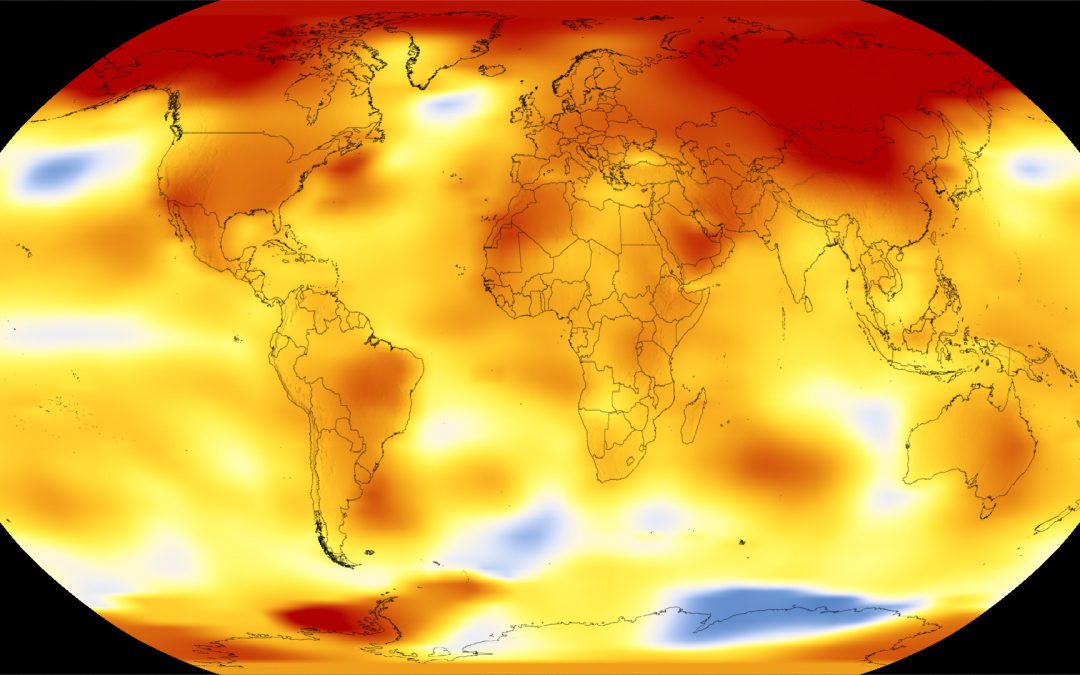 A 2017 global temperature map shows much of the planet saw warmer temperatures than in 2016. (NASA Scientific Visualization Studio)

WASHINGTON – Top Democrats and Republicans on the House Transportation and Infrastructure Committee brushed off talk of the Green New Deal at a hearing Tuesday on how infrastructure could mitigate climate change.

Rep. Salud Carbajal, D-Calif., said that although he supports the plan, introduced earlier this month by Rep. Alexandria Ocasio-Cortez, D-N.Y., it includes aspects beyond the committee’s jurisdiction.

“That’s not what we are here to do today,” he said. “Our goal is to find pragmatic approaches to address the challenges of our changing climate.”

Among the committee’s strategies to reduce greenhouse gas emissions are improving vehicle efficiency by making standards stricter, using fuel methods that release less carbon and reducing vehicle miles traveled by incentivizing more efficient means of travel, like electric vehicles, and travel planning, like carpooling. According to the Environmental Protection Agency’s inventory, transportation emissions represented 28.7 percent of total emissions in the U.S. in 2017.

Ocasio-Cortez’s proposal would transition the U.S. from a reliance on fossil fuels to complete reliance on renewable energy sources, and has been criticized for the broad range of issues it addresses, and its lack of specific proposals. It has been sent to 10 other House committees for review besides the Transportation and Infrastructure Committee.

Rep. Jesus Garcia, D-Ill., said he supports the “spirit” of the Green New Deal, but that he wanted to “turn bold ideas into actionable policy plans.”

The committee’s top Republican, Rep. Sam Graves, R-Mo., derided the plan as a “fairy tale,” pushing instead for bipartisanship on “real world solutions” like the airline, disaster recovery and water resources bills passed in the past.

Republicans also latched onto a provision in an earlier version of the deal, which aimed to use trains to make regional air travel unnecessary, as a reason to oppose the measure.

Nancy Young, vice president of Environmental Affairs for Airlines for America, explained that airlines already have an incentive to be more sustainable, as jet fuel is one of the highest annual costs incurred by airlines. More efficient fuel usage, she said, makes an airline more competitive.

“We are already motivated and are doing some of the things that are suggested as measures [in the Green New Deal],” said Young. “And we’re doing it without a government mandate.”

Lawmakers also questioned the effectiveness of reducing U.S. carbon emissions in the face of increasing rates in China and India.

But Daniel Sperling, a member of the California Air Resources Board, said China, despite its high emissions rates, is a global leader in renewable energy sources. The country’s emissions are planned to begin decreasing in 2030, and could do so before 2025.