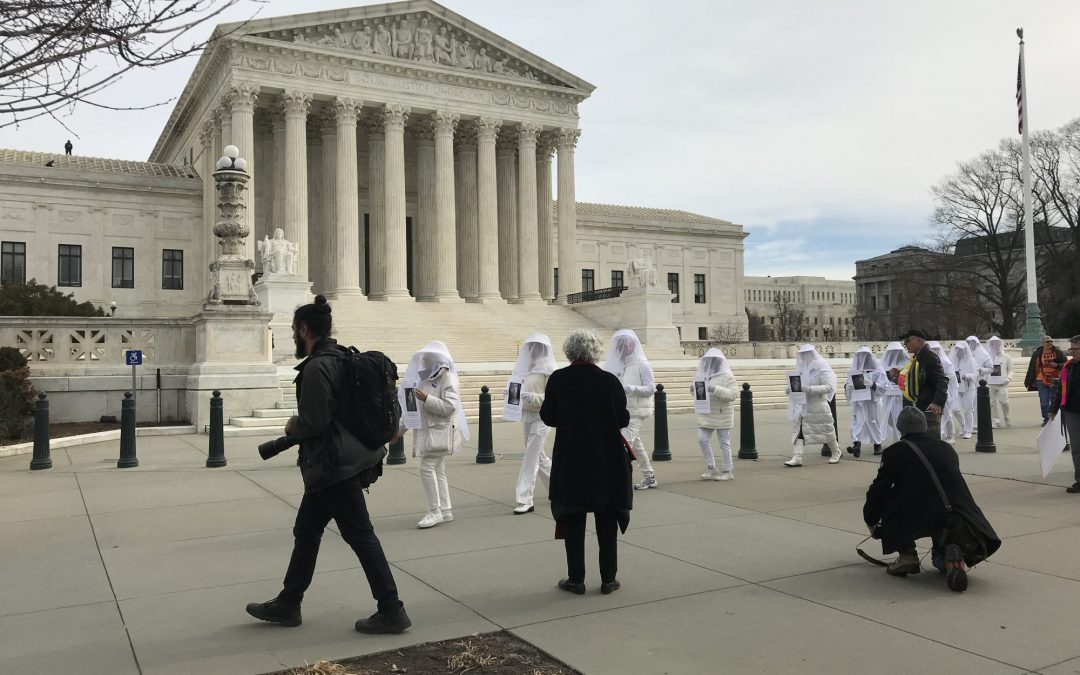 The "human beings" dressed in white represent individuals killed by gun violence or transphobia. They are protesting with Gays Against Guns in front of the Supreme Court in Washington and will march to lawmakers' offices later in the day. (Gabrielle Bienasz/MNS) 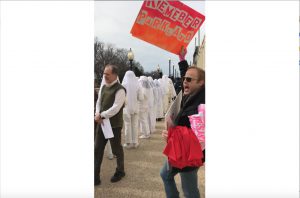 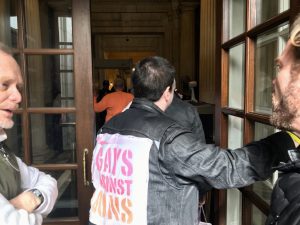 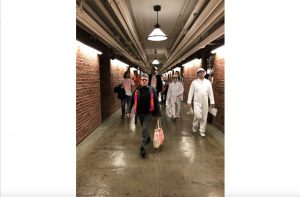 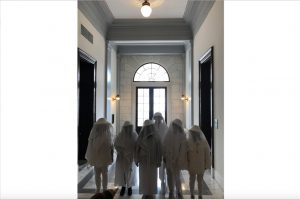 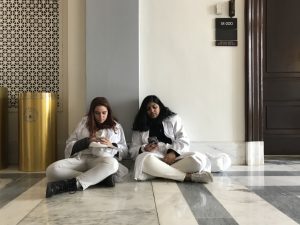 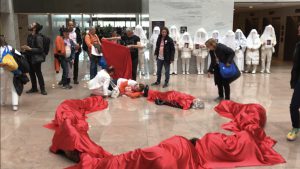 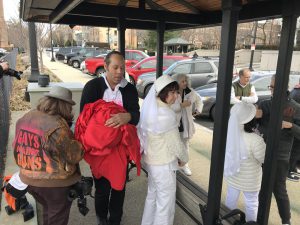 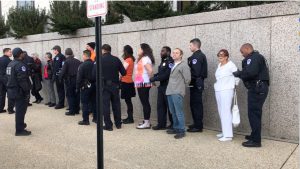 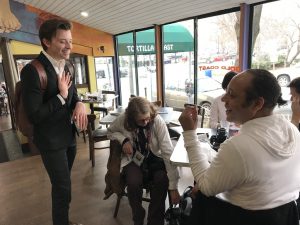 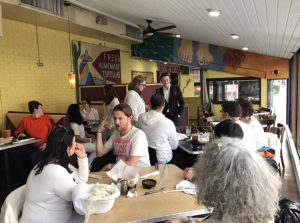 Gays Against Guns chanted “How many more have to die?” and “Pass HR8” throughout the capitol on Valentine’s Day. The New York-based organization began in the wake of the 2016 shooting at the Pulse gay nightclub in Orlando, Fla.

Members from the group protested in lawmakers’ offices for tighter gun laws and in the Hart Senate Office building where they created a broken heart for victims of gun violence with their bodies and red fabric.

GAG members are arrested by Capitol Police after created a broken heart in the Hard Senate Office Building. (Gabrielle Bienasz/MNS)

The Capitol Police warned them twice with bullhorns that they were engaged in an illegal protest they would be arrested if they didn’t disburse. They eventually lifted the red fabric from the individuals, zip-tied their wrists, and led them into the police van outside of Hart.

“Getting arrested is in our DNA,” said Kevin Hertzogg, who is known as the “mother” of the group. “I’m kind of the one who figures everything out and who’s always yelling,” he said.

The group splits itself into people who wish to be arrested and those who do not, according to organizer Jay W. Walker, but Hertzogg said that the strategy itself takes inspiration from the Civil Rights Movement.

Maryellen Novak presents the thank-you Valentine to one of Senator Duckworth’s staffers in her office in the Hart Senate Building. They also sang an original song extolling the legislator for sharing their values on gun safety. (Gabrielle Bienasz/MNS)

Michael Beer, another one of the organization’s “footmen,” said he was “elated” that the group was able to put on the demonstration they had wished to but that his feelings were mixed.

“I’m also feeling for the victims and survivors of gun violence… and [those] who will suffer in the future,” he said. “But I’m so proud of everyone for coming out.”