After feeding furloughed workers, pop-up café prepares for possibility of a repeat shutdown 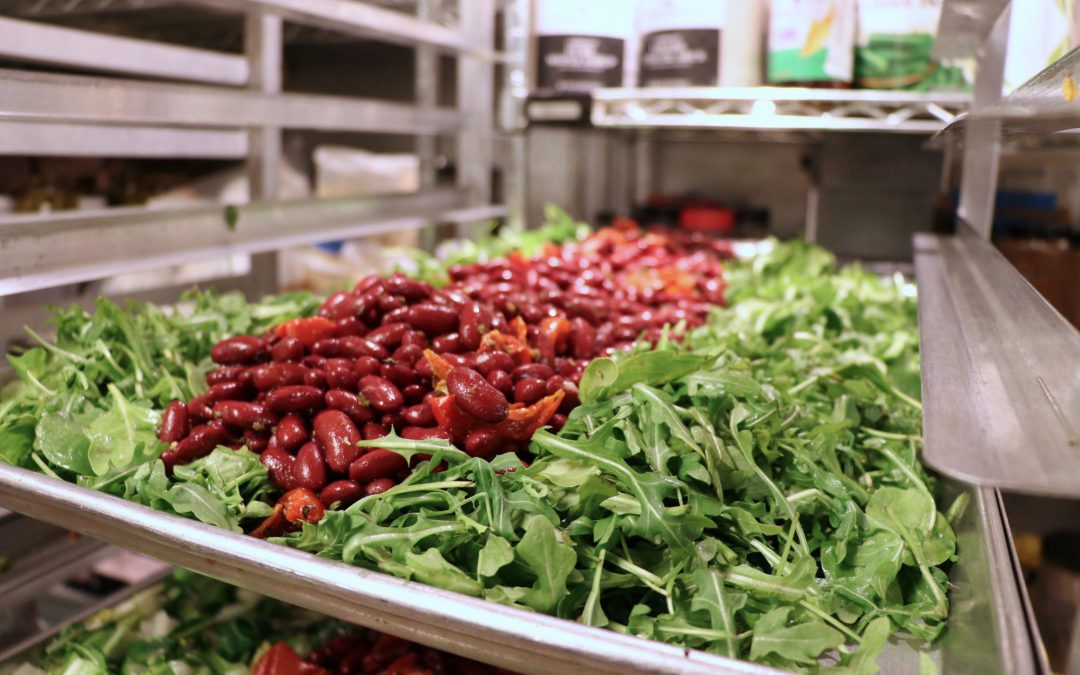 The pop-up kitchen served furloughed workers during the 35-day government shutdown, and provided vegan and vegetarian options for every meal. (Heena Srivastava/MNS)

Celebrity chef José Andrés opened the pop-up through his non-profit organization World Central Kitchen (WCK), which he founded after the 2010 earthquake in Haiti. Since then, the organization has fed survivors of natural disasters in eight countries, including people impacted by the Indonesian earthquakes and the recent Carr and Mendocino Complex Fires in California. 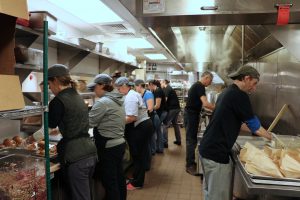 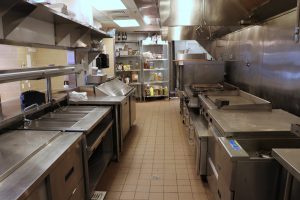 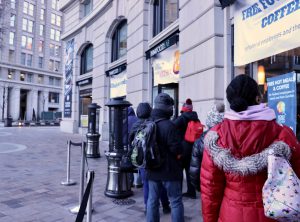 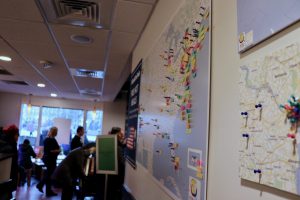 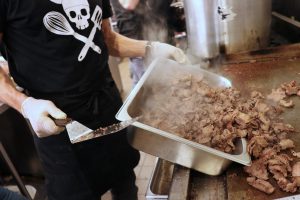 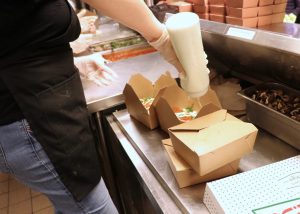 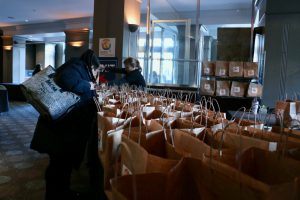 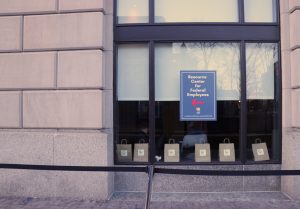 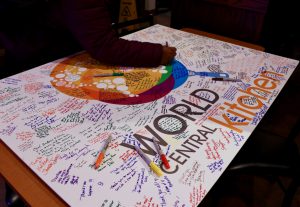 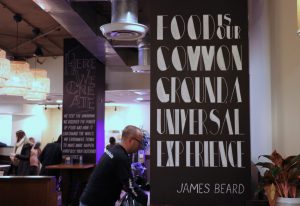 The federal worker-focused pop-up launched on Jan. 16 in Washington, D.C. and served 6,000 to 8,000 locally sourced hot meals daily. WCK also launched partnerships with more than 400 restaurants in 35 states, including UNO Pizzeria & Grill and Sweetgreen, to feed furloughed employees nationwide under the moniker #Chefsforfeds.

“It’s real. It’s big. It is a crisis. People are going hungry. Contractors are not receiving a paycheck anymore,” Andrés said. “We, the private sector, have to take care of the federal workers the government should be taking care of.”

Chef Tim Kilcoyne said they partnered with the restaurants that reached out to them, but also tried to prioritize locations based on need.

“We wanted to make sure that in areas with a high population of federal workers, there was something available,” Kilcoyne said.

For example, WCK made sure they were offering meals in Ogden, Utah, home to the highest population of IRS employees.

Kilcoyne said he found “Waffle Love”, a food truck that appeared in the Food Network Show The Great Food Truck Race, and reached out.

“They loaded up their food truck one day for lunch and went and parked at the IRS building and served lunch to everybody,” Kilcoyne said. Waffle Love also opened pop-up restaurants. They fed both furloughed and employed federal workers. Many were working without pay.

WCK sources ingredients from US Foods, a private foodservice distributor, along with local farms and markets. Upon opening, they asked for seven thousand loaves of bread a day from a local Washington bakery. “He thought we were insane,” Kilcoyne said of the owner. In turn, the bakery hired more staff to accommodate the demand.

With such tall orders, food suppliers are sometimes unprepared. If the kitchen cannot get the ingredients needed, they make adjustments to their menu. “That’s why we are so good at this,” Kilcoyne said. “Every day there is going to be something that is a curve ball thrown at you.”

Chefs for Feds also helped connect federal workers, many of whom volunteered in the kitchen. Upon opening, all volunteer shifts for the first week immediately filled up, according to the WCK website. Each shift lasted 6 hours.

Steve Flores frequented Chefs for Feds as both a volunteer and a patron. Because he is a contractor employed by General Dynamics for the National Transportation Safety Board, and is not a government employee, he got his paycheck last Friday instead of Feb. 1.

General Dynamics recommended he file for unemployment benefits, therefore he could not pick up another job. Working at Chefs for Feds kept his mind occupied during the shutdown.

“Even if you want to put some time aside to read a book or study, you have these pauses where you start thinking about how you are not making any money, that you are not working, and that puts a lot of stress on you,” Flores said.

Chefs for Feds not only provided financial relief by paying for food, but also provided a sense of community. He recalls one patron who thanked him for volunteering.

“She started crying. And then she looked at me in the face and said ‘Can I give you a hug? That’s the only way I can repay you guys for what you are doing’,” Flores said. The sense of community he received at Chefs for Feds has inspired him to look for other volunteering opportunities on weekends.

“We call the federal government the federal family. And at times we are a strained one. But it does still feel like sometimes we are family,” said Tanner Hinkel, a loan specialist in the USDA’s Rural Business Services program. Although he was not a patron at Chefs for Feds, he frequented other food banks and resource centers.

WCK opened a resource center next to the kitchen in the previously upscale 701 Restaurant. Now, volunteers pack onions into bags where there used to be a private dining room.

There, federal workers could pick up grocery bags filled with dried goods, pet food, and even diapers. At the resource center, Comcast, Xfinity, Verizon, and Pepco associates offered furloughed workers home improvement assistance and bill deferment options. This is how Flores paid for his Comcast bill and made meals after working without pay for two weeks.

“They are making sure that nobody will see their phone, or electricity, or their gas, or their water shut down because of the government,” Andrés said.

After closing last week, WCK is prepared to reopen on Feb. 15 if needed. “[If] the government shuts down again, we’re ready,” Hurd said.

“Honestly, it’s just pretty much ordering some food,” Kilcoyne said. “We will all fly back. And probably within 12 hours we will be able to open.”

Andrés joked that he was excited about having to close the kitchen, because it meant people were getting paid again. “I cannot wait to be put out of business,” he said.