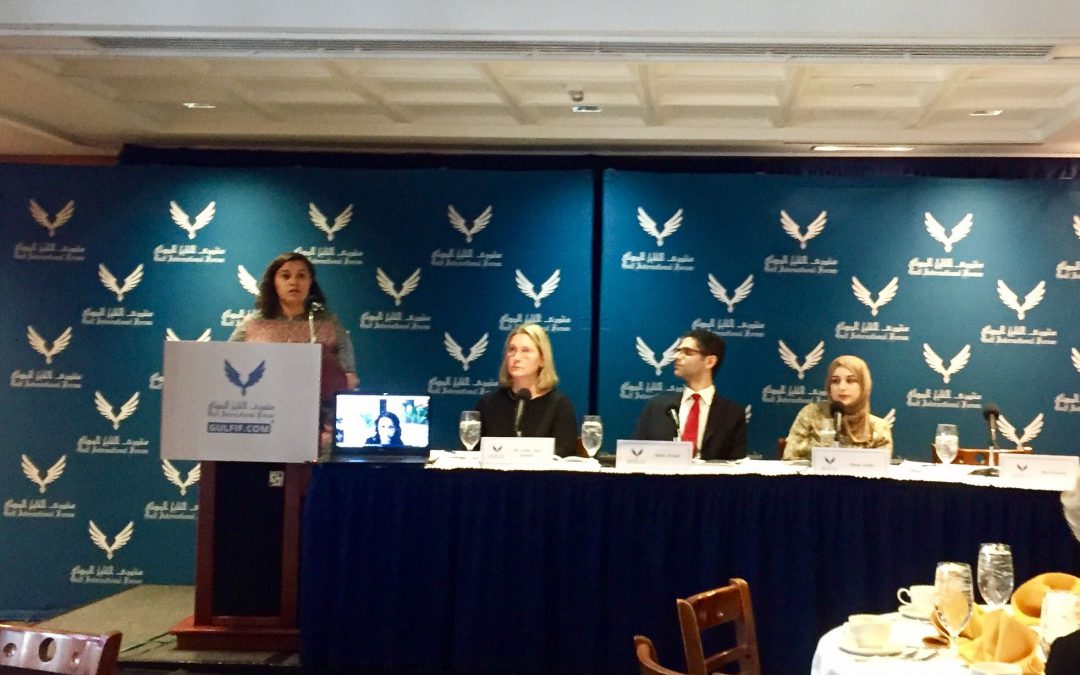 WASHINGTON – Advocates for women’s rights in the Gulf countries have adopted a style of feminism that blends western equality with secular values, several experts said Thursday.

“Gulf governments have an appetite for women’s empowerment these days, whether for the right or wrong reasons,” said Diana Thafer, executive director of the Gulf International Forum.
Economic benefit is one reason that many Gulf governments have instituted gender reform practices. According to Bina Hussein, associate director for the Global Energy Center, diversification of the energy sector could increase profits. If oil prices continue to decrease however, she said, it may hinder the ability of women to enter the workforce.

“The message was clear,” said Begum. “You cannot demand reform. You can only ask to be given it and hope someone is benevolent enough to give it to you.”

Thafer said societal values and the mindsets of those in power are clear obstacles.

“When power is taken away from one sector of society… that sector will put up a fight,” she said. Not only will some men reject equality, but so will some women for whom western feminism doesn’t resonate.

Bader Mousa Al-Saif, a former visiting professor at Georgetown University, recommended Islamic feminism, which incorporates western equality with Islamic values through study of the Quran, and including both men and women in gender equality efforts.