Senators push for resources to combat election interference by midterms 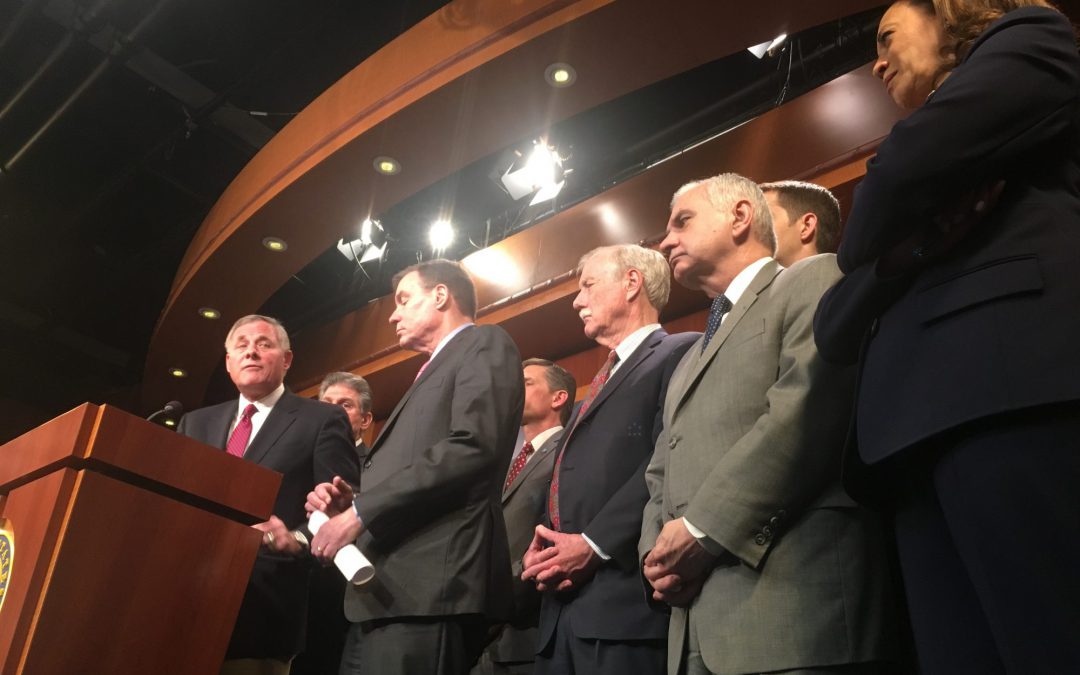 Senators discuss election security and promote their open hearing on Wednesday as they investigate Russian interference in the 2016 presidential election. (Erica Snow/MNS)

WASHINGTON — Members of the Senate Intelligence Committee said Tuesday that the Department of Homeland Security needs to work hard to ensure there is no outside interference in the November midterm elections, while lambasting Russian interference in the 2016 presidential election.

Democratic Sen. Kamala Harris of California said DHS has increased resources aimed at election security, and with midterm elections in November, stressed the need for greater communication and infrastructure.

Harris said the next hacking may not come from Russia, but from North Korea, Iran or others.

“The urgency is clear,” she said. “The past tells us that the future will probably hold another set of threats.”

The DHS did not respond to a request for comment.

Sen. Susan Collins, R-Maine, said the ongoing bipartisan investigation is critically important, adding that “we may never know” the full extent of Russian interference in the election.

She advocated for greater security clearances for state election officials to help them bolster their systems.

“The Russians were relentless in attempting to meddle in the 2016 elections,” Collins said. “They will continue their efforts to undermine public confidence in Western democracies and in the legitimacy of our elections.”

Senators briefed reporters about findings from the investigation thus far and promoted a public hearing scheduled for Wednesday in which DHS Secretary Kirstjen Nielsen and predecessor Jeh Johnson will testify.

The Republican-led House Intelligence Committee ended its investigation and released an initial finding at the time announcing it had found “no evidence of collusion, coordination, or conspiracy” between the Trump campaign and Russia.

“We very much support state control of the election process,” Burr said. “We think there are ways that the federal government can support those states, but clearly we’ve got to get some standards in place that assure every state that at the end of day they can certify their vote totals.”