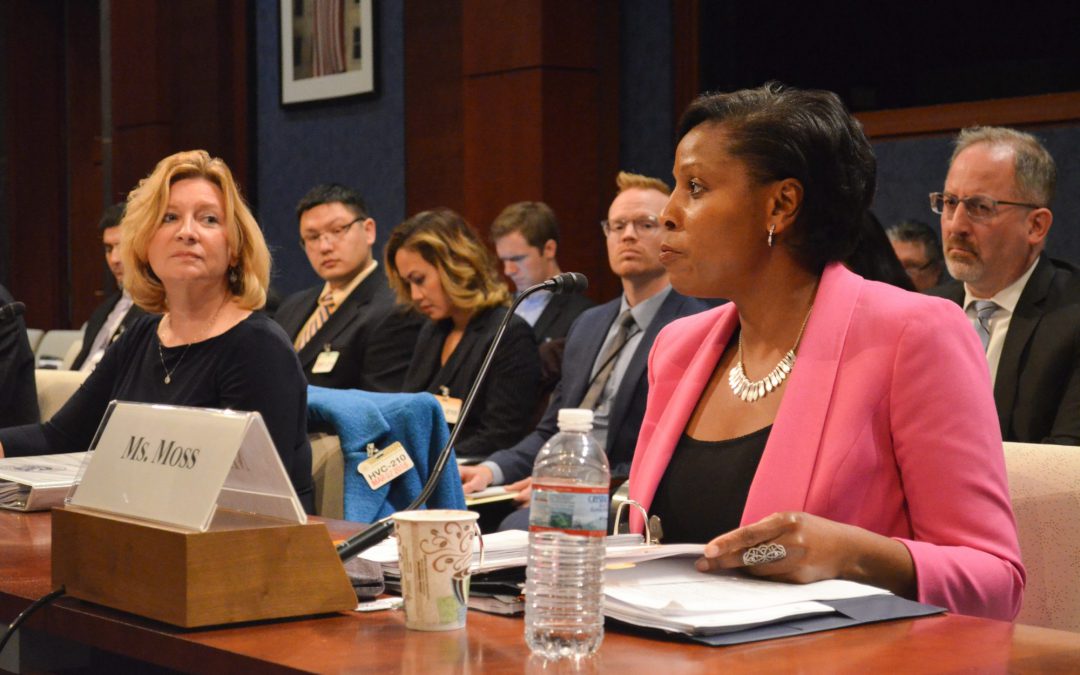 Rita Moss, director of Office of Human Capital at DHS, was one of the witnesses at the hearing. (Rhytha Zahid Hejaze/MNS)

WASHINGTON — The Department of Homeland Security has failed to hire needed cybersecurity professionals even though it was given approval to do so by Congress in 2014, according to a report released March 8 by the Government Accountability Office.

The GAO, which is the watchdog arm of Congress, said DHS also overstated the number of cyber professionals assigned with the proper identification codes.

“Although DHS clamored for these authorities for several years prior to 2014, the department does not plan to fully implement them until April 2019,” said Rep. Bennie Thompson, D-Miss., the top Democrat on the House Homeland Security Committee. “We cannot afford to waste this kind of time.”

The top Democrat on the oversight subcommittee, Rep. Jose Luis Correa, criticized DHS for not reporting its cyber workforce needs to Congress.

“Without appropriate tracking, DHS will not be positioned to effectively examine its cybersecurity workforce, identify its critical gaps or improve its workforce planning,” Correa said.

Rep. Cedric Richmond, the top Democrat on the cybersecurity protection subcommittee, recommended DHS look for talent beyond university students to fulfill the cybersecurity vacancies at the department. “We need to look beyond four-year universities,” he said. “There is untapped talent in unconventional places, and we will find it if we look for it.”

He also said the White House needs to recognize the importance of cybersecurity threats.

“The president must come out and say that the cybersecurity posture of the federal government has a direct impact on our economy, our national security priorities, our critical infrastructure and even the integrity of our elections,” Richmond said.

But Angela Bailey, DHS chief human capital officer, defended the agency, saying it is working to combat increasing cyberattacks on federal networks. “Cybercriminals and nation-states are continually looking for ways to exploit our hyper-connectivity and reliance on IT systems,” she said. “Our enemies will not rest and neither will we.”