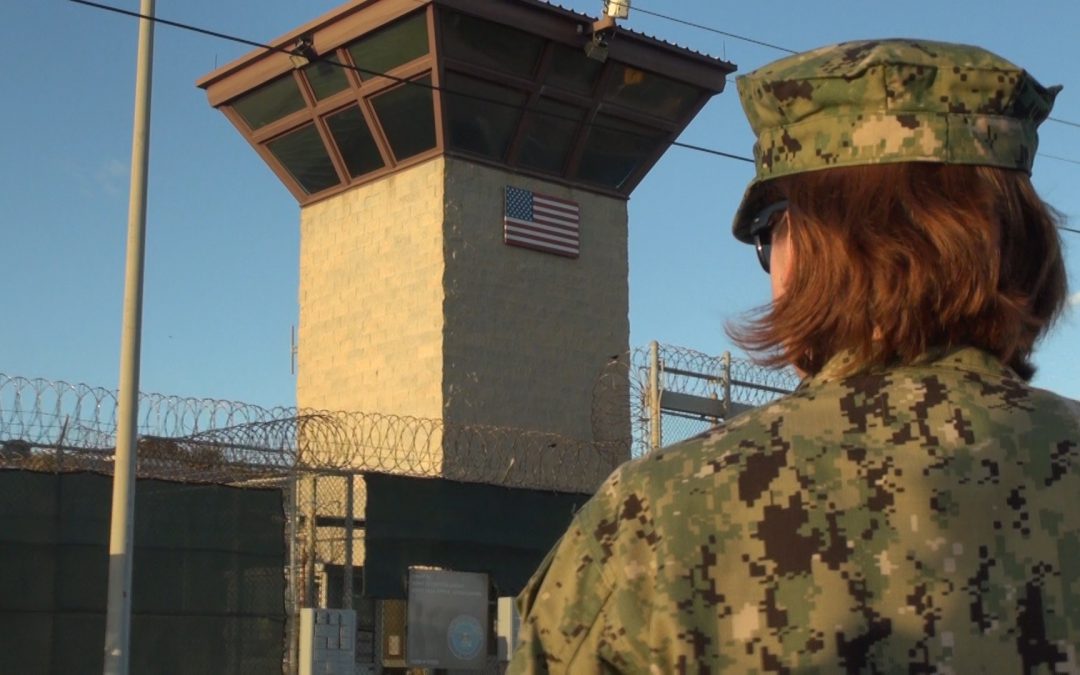 GUANTANAMO BAY, Cuba –– The Pakistani nephew of alleged 9/11 mastermind Khlaid Sheik Mohammed should be released from the Guantanamo Bay detention center because he cannot receive a fair trial and is unable to effectively participate in a trial because of the effects of torture, a United National Human Rights Council task force said late Wednesday.

It asked for a response from the U.S.within six months.

The group criticized the facility as a whole in 2006, but this is the first time it has addressed an individual detainee.

Baluchi was arrested in 2003 in Karachi, Pakistan, according to the International Committee of the Red Cross. He allegedly funded the 9/11 hijackers and helped them travel to the United States. He was also allegedly Mohammed’s key lieutenant in Pakistan.

But the task force said Baluchi has been denied equality of arms, which assures that both parties in a litigation are given equal opportunity to prepare for a fair trial.

The task force investigation found that the government refused to give his attorneys access to information regarding his torture, said Alka Pradhan, one of his defense lawyers. The prosecution also won’t hand over exculpatory evidence, despite a legal requirement to do so, she said.

“[This] is just a basic due process right in any court, anywhere in the world,” she said. “And they have delayed doing so and denied us a lot of it for a whole six years now.”

The task force statement also said the government presumes Baluchi to be guilty, again preventing him from holding a fair and equal trial.

As an example, the report said the Defense Department provided information of Baluchi’s torture to the director of the 2012 film “Zero Dark Thirty” –– information that was denied to Baluchi’s defense team. Although the Human Right Council states, “Information placed in the public domain about a criminal matter must not undermine the presumption of innocence,” a character that closely resembles Baluchi is shown as guilty in the movie, Pradhan said.

“That finding was extremely significant, the fact that Mr. al Baluchi can never have a fair trial at this point because the public has been so poisoned by the government’s propaganda about him,” she said.

Baluchi is also unable to receive a fair trial because of the physiological effects torture has on his body, which affect his ability to effectively participate in the trial, the document said, yet Guantanamo officials have not provided him with any torture rehabilitation — an international obligation under UN doctrine.

“The U.S. government has the legal authority to detain al Baluchi,” said Defense Department spokeswoman Cmdr. Sarah Higgins. “Until we have time to analyze the basis of their claim, we will delay further comment.”

One of the most significant findings in the document, however, is that it explicitly states Baluchi has been subject to detention because he is Muslim, Pradhan said. This is the first time an established international body has “pointedly and specifically” called out the detention operations of Guantanamo Bay as religiously discriminatory.

“We think of terrorism [and] human rights violation, but we don’t’ think of the fact that we literally set up a separate system –– a segregated system –– just for Muslims down here,” she said.

As a solution, the Working Group on Arbitrary Detention has requested that the Defense Department remove Baluchi from indefinite detainment and provide necessary torture rehabilitation.

Jay Connell, another lawyer from Baluchi’s defense team, said he hopes Baluchi will be able to receive the appropriate rehabilitation needed for his torture-induced trauma. Once he is properly treated, his client is willing to face trial and the consequences that come along with it, he said.

Pradhan said she hopes this document helps energize the human rights community that has been taken over by “Guantanamo fatigue,” a phenomenon of indifference that is the byproduct of long, drawn-out trials.

“I think that this is a huge first step to raise awareness about the fact that these men are dying here,” she said. “They are deteriorating. It is not an exaggeration to say that this is a full-blown humanitarian crisis and has been building for 15 years.”