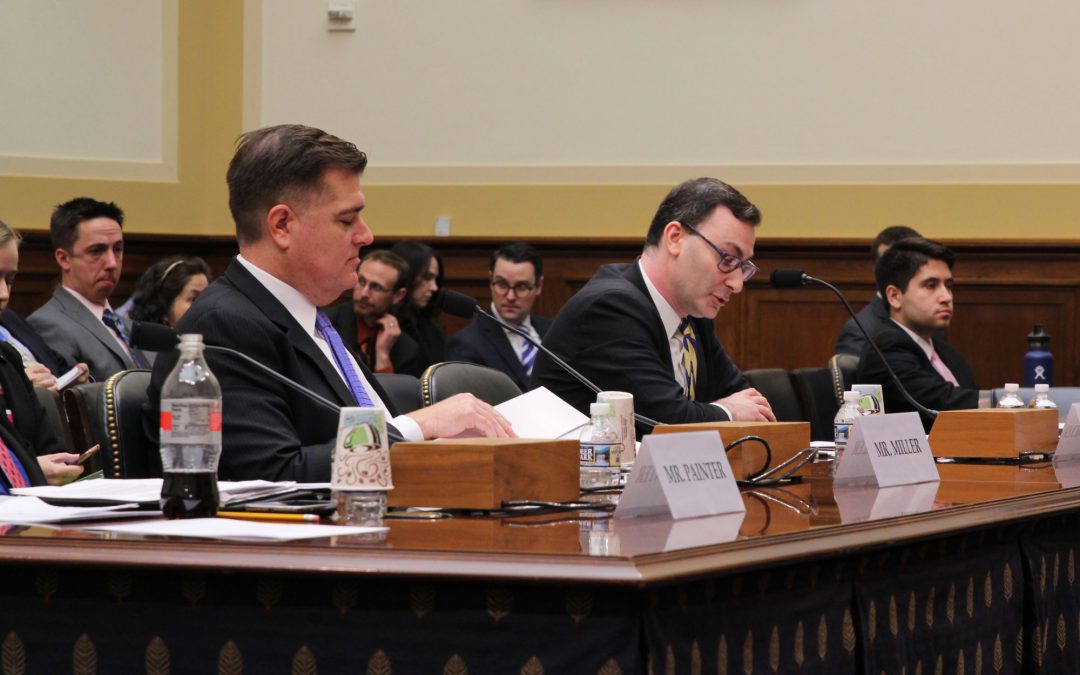 Dr. Michael Sulmeyer, director of the Cyber Security Project, testifies before the House Foreign Affairs Committee on Tuesday. "It's not just hacking. It's not just a cyber question. It's the knowing introduction of false and fake information at the right times at the right place on the right topics to make it much more difficult to get to the bottom of what's going on," he said. (Renzo Downey/MNS)

WASHINGTON –– The government’s slow and inefficient response to Russian interference in the 2016 election shows the need for an increase in cybersecurity funding, said New York Rep. Eliot Engel.

Engel is the ranking member of the Foreign Affairs Committee which held a hearing on the topic. In Jan. 2017, the Office of the Director of National Intelligence released a document that concluded the Russian interfered in the 2016 election. A few months later, Robert Mueller launched a special investigation into potential ties between the Trump campaign and Russia.

To address the growing cyber security threats, the House has passed the Cyber Diplomacy Act, which Royce and Engel cosponsored. The bill will establish a high-level ambassador position to lead the country’s cyber diplomacy efforts.

“I hope it send a message to the Administration that we need to ramp up our diplomacy on cyber, not scale it back,” Engel said.

Failure to address cyberattacks immediately signals to attackers that their actions are acceptable, said Christopher Painter, former Coordinator for Cyber Issues at the Department of State.

“The lack of a sufficiently strong, timely and continuing response to Russian interference with our electoral process virtually guarantees that they will attempt to interfere again,” Painter said. “We must do better.”

Painter said the Russians will likely threaten the upcoming midterm elections. Their goal is to sow chaos, which is what has happened during the 2016 election, he said. Both parties can be a target, he said.

To combat these attacks, Painter said the government must release a “clear, declarative” statement that imposes serious consequences to attackers. A task force that deals with protecting elections should also be created, he added.

Despite concerns regarding cybersecurity, the State Department has downgraded the Cyber Issues office. Painter said that signals a lack of understanding of the importance of the issue. It also sends a message to adversaries that the United States is open to attack, he said.

“This is an opportunity for them to flex their muscles and try to influence –– even more than they have –– the international debate,” Painter said. “It’s a signal that this is not an important issue in the State Department.”