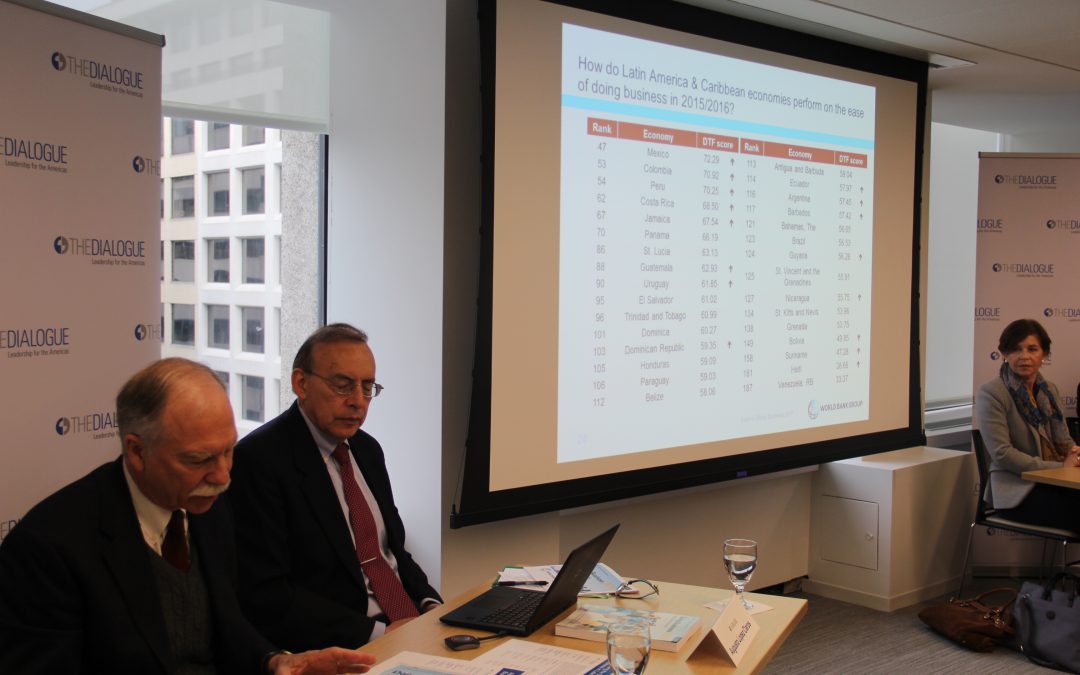 Richard Newfarmer speaks on the findings of the Doing Business 2017 report. The report found an all-time high number of reforms were being implemented worldwide. (David Gernon/MNS)

The report is a benchmark study of regulation. Its backers claim “Doing Business” has motivated action for reforms in developing countries, including Tanzania and Rwanda, where government officials point to improvements in the ranking as a measure of success for its constituents.

In the overall aggregate ranking, the study saw New Zealand overtake Singapore last year as the place with the highest ease of doing business. The United States rose to eighth, just behind the United Kingdom.

Lopez-Claros announced a significant change to this year’s report: corrections of gender biases. In the past, the methodology assumed all of the workers were men. Now, it takes into account the greater difficulties women have in some countries when trying to start a business, such as more permits required or a mandatory male cosigner.

In Latin America, for instance, 23 percent of businesses are owned by women. That nuance has been added to the report.

Latin America as a region has seen much progress in the past decade, according to Lopez-Claros. In 2005, six out of 30 economies in the region could incorporate a company in under 20 days. Now, that number is up to 19 out of 32.

However, the region is still expected to contract economically by about one percent this year.

Latin America’s top performers by ease of doing business are Mexico, ranked 47 in the world and Colombia at 53. The worst performers are Haiti and Venezuela.

Richard Newfarmer, the World Bank Group’s former chief economist for Latin America, said the undertaking “is one of the most influential reports the bank has ever produced,” in part because its addresses gender biases.

Yet Newfarmer also noted that the report has been subject to a lot of criticism. He attributed that to its high visibility. The critiques include an alleged bias against developing nations, small sample size for some countries in certain measures and presenting all regulation as inhibiting economic growth.